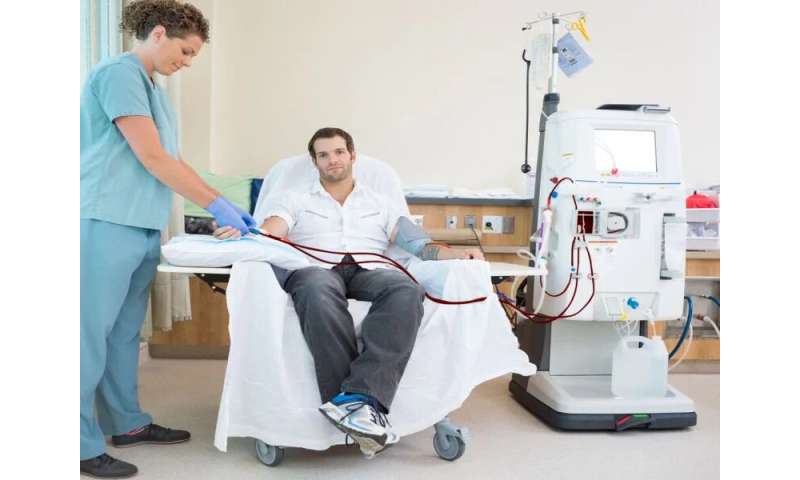 Gerald A. Beathard, M.D., Ph.D., from the University of Texas Medical Branch in Galveston, and colleagues reported the two-year cumulative patency rate for a multicenter cohort of 105 endovascular arteriovenous fistula cases. Data were extracted from electronic health records.

The researchers found that a physiologically mature arteriovenous fistula (blood flow ≥500 mL/minute and a target vein internal diameter ≥4 mm) was obtained in 98 percent of cases. In 95 percent of cases, a clinically functional arteriovenous fistula (supporting two-needle dialysis according to the patient’s dialysis prescription) was achieved. In eight cases, there was access failure during the study period. At six, 12, 18, and 24 months, the cumulative patency rate was 97.1, 93.9, 93.9, and 92.7 percent, respectively. A postprocedure patient evaluation indicated a high level of satisfaction.

“The dramatic difference in durability between the endovascular fistulas and the surgically created ones is striking,” Beathard said in a statement. “The ability to quickly and easily create a fistula that will last a long time, without surgical trauma or the need for additional procedures, could represent a significant advance in dialysis patient care.”