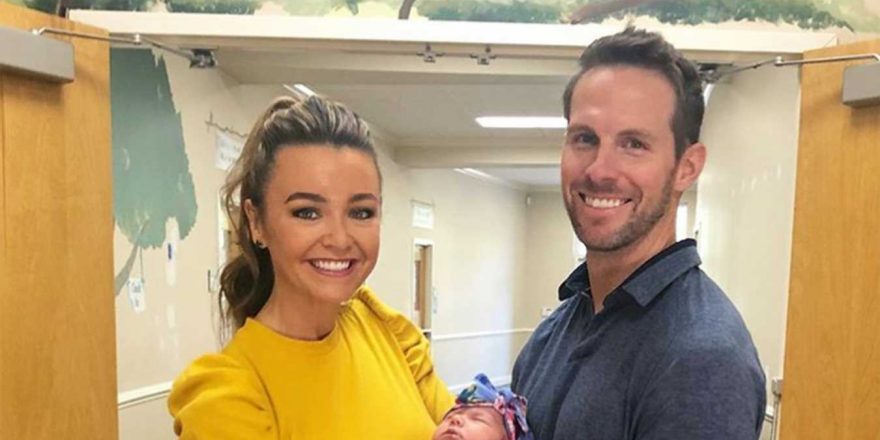 Holly Durst and Blake Julian are opening up about their journey to welcoming their first child.

The couple, who met on The Bachelor spin-off show Bachelor Pad and married in 2012, recently welcomed a daughter through adoption named Poppy Marie after seven years of infertility struggles.

“Poppy is incredible!” Durst tells PEOPLE. “I cannot imagine anyone else in our lives. She is everything I’ve ever dreamed of and more. I cry happy tears all the time because I feel so lucky that I get to be her mom!”

The new mom, 36, announced the news on Instagram late last month, writing, “She is all of our answered prayers! Baby girl, I would wait another 7 years for you! 💕.”

In a July video on Instagram, Durst opened up publicly for the first time about the couple’s struggles with infertility. The former Bachelor contestant explained that she was diagnosed with endometriosis in 2014, and had surgery to help treat it later that year.

Want all the latest pregnancy and birth announcements, plus more celebrity parenting news? Click here to get those and more in the PEOPLE Parents newsletter.

“I really struggled while taking all the hormones,” Durst tells PEOPLE. “I cried a lot! I ended up signing up at a gym around that time and Blake started to notice all the days that I didn’t cry were the days that I went and worked out. The gym became my release.”

“I knew deep in my soul that I was going to be a mom, I just didn’t know when or how,” Durst adds of how she remained strong during the hardest parts of their pregnancy journey. “My faith kept me strong. I knew that God wouldn’t have given me a mama heart and not make me a mama!”

The couple eventually found “an angel on earth” surrogate who successfully got pregnant in 2018. She later lost the baby, became pregnant again, and miscarried a second time as well.

“We decided to adopt when we lost our last baby, via surrogate, last fall,” Durst explains. “Adoption had been on my heart for years, but I was waiting for Blake’s heart to be ready for it. We signed up with an adoption agency last November.”

Poppy had been on Durst’s list of baby names for a long time, but Julian “wasn’t sold” on it until he heard a poem called “In Flanders Fields” about poppies growing against all odds on barren battlefields after World War I.

“She is our Poppy that grew on our barren battlefield,” the mother of one says.

And though she’s enjoying new motherhood, the former reality star tells PEOPLE, “No one can warn you about the lack of sleep and lack of showers. I was not prepared for that!”

The Bachelor and Bachelorette Couples: Who Made Their Love Last?

In her Instagram post, Durst also asked followers for “prayers of comfort and peace” for the baby girl’s birth mother — and the new mom tells PEOPLE now that she and Julian are planning on keeping Poppy’s birth mother in her life.

“I want Poppy to grow up knowing where she came from and be able to ask her first mom any questions she may have,” Durst explains.

The former reality stars wed in June 2012, after meeting on season 2 of Bachelor Pad.

“I couldn’t be happier,” Durst told PEOPLE at the time. “Blake is my best friend and now my husband. I have a beautiful future ahead of me with this man. I love him with all my heart!”