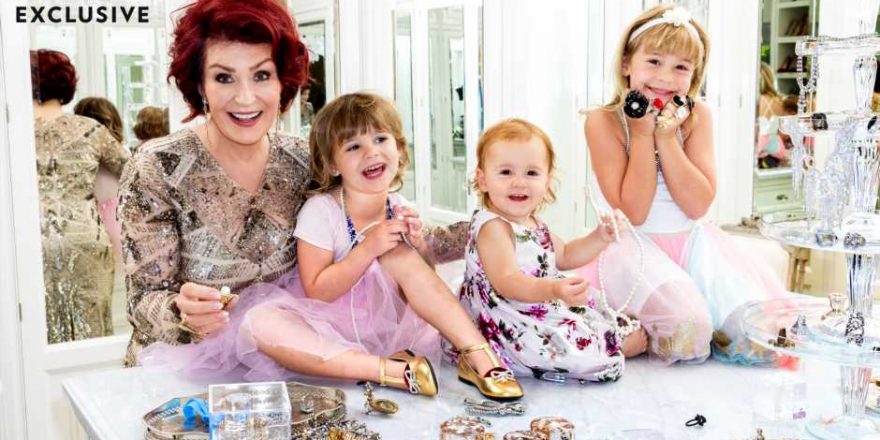 Sharon Osbourne Says Ozzy 'Cried' After Learning of Son's Divorce: 'It's Been Bad for Jack'

The Osbournes are coping with Jack‘s divorce as a family.

Sharon Osbourne opens up to PEOPLE for this week’s issue about being a grandmother to Jack’s three daughters — Minnie Theodora, 18 months, Andy Rose, 4, and Pearl Clementine, 7 — and how “Nana’s and Papa’s” home will always be the place where “nothing’s going to change.”

“When this happens in families, which it happens all the time, they have to have the stability somewhere,” she tells PEOPLE. “Nana and Papa are still in the same house. Nothing’s going to change. You know what you’re going to get when you come here.”

Jack, 33, and Lisa Stelly finalized their divorce in March after Stelly, 32, filed in May of last year. And Sharon, 66, says that both parents have done their best to ensure “all of that nastiness is kept away from the children.”

Jack Osbourne on Ozzy’s Health: “He’s Back to Being His Cynical Old Self”

“Life goes so fast; it’s already been a year,” says The Talk host. “Jack and Lisa are at a good place with each other and it’s working out and it’s civil, no nastiness.”

At the time of the divorce filing, Jack shared an Instagram post on behalf of the pair, explaining that while the news of their separation “has probably come as a bit of a shock to everyone,” the former couple tried for years to make their marriage work.

“What’s best for our family right now is that we separate lovingly, and remain best friends who are committed to raising our children together,” he wrote then. “We are disappointed but feel confident that we will continue to grow our relationship as co-parents and best friends.”

While Stelly and Jack are on good terms now, the former X Factor host explains that the divorce has taken a toll on her son. “It’s been bad for Jack,” Sharon tells PEOPLE. “The divorce has been really tough on him emotionally.”

Throughout the process, though, Jack has had his father Ozzy Osbourne to lean on — despite the 70-year-old former Black Sabbath frontman’s health difficulties in the past months.

“With a guy, there’s only so much that I can say [and] that I can do. It’s really his dad that he talks to about that because Ozzy’s been divorced,” Sharon says, referring to her husband’s split from Thelma Riley in 1982 after more than a decade of marriage.

“When Jack said that he was getting divorced, Ozzy cried, because he said, ‘I’m crying for you because I know how painful it’s going to be because I’ve been through it and I don’t want you to experience that pain,’ ” she adds.

Through it all, though, the grandmother of three says Jack’s girls are “really blessed” to have Nana and Papa — and she hopes to have more grandkids!

“I keep saying it and saying it: It is one of the joys of growing old because it is a different kind of love,” she raves. “And it’s very special, really special. I can’t wait for my girls to have babies. Like, hurry up! Do it!”

For much more on Sharon Osbourne’s life as a Glam-ma, pick up the latest issue of PEOPLE, on newsstands Friday.