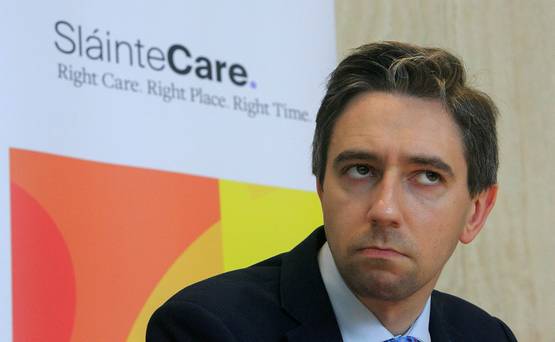 17,600 patients removed from waiting lists without being treated amid clean-up audit

More than 17,600 patients who were in a queue for a public outpatient appointment had their names struck off the list since the beginning of the year without being treated.

It follows a clean-up blitz which is aimed at crossing off the names of patients who are no longer in need of a specialist consultation.

It is unclear why the patients are no longer deemed to be waiting, but it is understood a substantial number would have paid for a private consultation because of the delays involved.

Others may have passed away and in a significant number of cases symptoms can clear up after being referred for further examination by their GPs.

Health Minister Simon Harris, in a parliamentary reply to Fianna Fáil TD Stephen Donnelly, said the validation exercise is aimed at seeing if patients are still ready, willing, suitable and available to attend a hospital appointment or wish to be removed from the list.

“The validation of waiting lists can help provide clean, accurate, up-to-date waiting-list data which reflects the true demand for hospital services,” he said.

There is now a National Centralised Validation Unit which writes to all patients waiting more than six months for hospital operations and procedures.

Patients who have been in the queue for more than nine months for an outpatient procedures are being contacted, he said.

The unit’s target is to validate 220,000 patients nationally on inpatient, day-case and outpatient waiting lists.

Since the outpatient validation exercise started in January, some 17,601 patients have been removed.

They include 2,209 from Tullamore Hospital and 2,116 from Cork University Hospital.

Another 1,068 were taken off lists in the Mercy Hospital Cork and 886 were erased at St Vincent’s Hospital in Dublin.

Despite the crackdown, the most recent figures showed there were 560,251 patients waiting for a first hospital outpatient consultation – a record high.

The focus this year is on particular specialties with a high volume of referrals and large proportions of long-waiting patients, including ENT and dermatology.

The National Treatment Purchase Fund is to fund an additional 40,000 first outpatient appointments through weekend and out-of-hours clinics and ‘see-and-treat’ clinics.

A recent audit revealed that there is a delay of up to 49 working days before adding patients to public outpatient waiting lists.

There were also delays of up to 28 days to add patients to the inpatient, or day-case waiting lists in some cases.

The report from the National Treatment Purchase Fund said “there was inaccurate reporting of patient wait times at both local and national level”.

Around half-a-million hospital outpatient appointments are also missed every year due to people not showing up for various reasons.

Patients are requested to let their hospital know as early as possible if they are not able to attend.

Some hospitals operate a text message service as a reminder but this is not regular practice.

Although several factors are blamed for no shows, waiting delays are a factor.