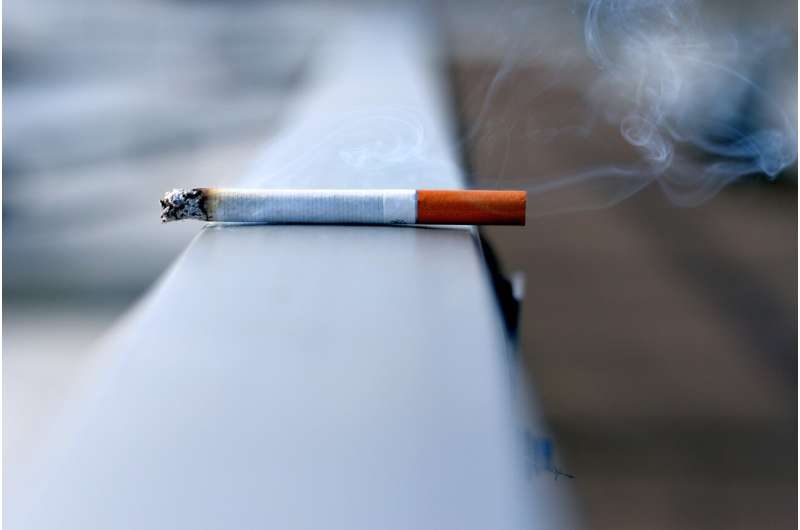 Lung cancer is the most deadly cancer in the United States, but its impact is not evenly felt across racial and ethnic groups.

Many of the factors behind these disparities need ongoing work and will not be fixed overnight, but Van Haren and his colleagues at the University of Cincinnati have identified one practical change that can be made immediately. In a new study published in The Journal of Thoracic and Cardiovascular Surgery, researchers found offering surgery to current smokers could lead to more equitable care.

Van Haren said smoking is the largest risk factor of lung cancer, with about 40 percent of thoracic surgeons requiring patients to stop smoking before offering them lung cancer surgery.

“In principle it’s a reasonable idea so they can do better and not have complications afterwards, but, for the patients who either can’t quit or won’t quit, it kind of blocks them an opportunity to have a curative surgery and the best treatment option,” said Van Haren, assistant professor of surgery in the Division of Thoracic Surgery in UC’s College of Medicine, a UC Health thoracic surgeon and University of Cincinnati Cancer Center member.

The past prevailing wisdom said patients who don’t quit smoking and have lung cancer surgery have worse outcomes, but Van Haren and his colleagues questioned if that was still the case.

The study examined a sample of 601 patients who had undergone lung cancer surgery from January 2006 to December 2020 to compare outcomes between current and former smokers. Van Haren noted the study consciously excluded any patients who had never smoked.

“When we’re in a clinic seeing a patient, if they smoke, we can never get them back to a ‘never-smoker’ and we can’t change what’s happened in the past,” Van Haren said. “But the question is can we still do operations safely on those patients who are smoking, and we found that we could.”

When patients were matched based on similarities in lung function and other medical data, Van Haren said the risk of complications and/or death following surgery was the same between current and former smokers. Stopping smoking can still help improve the health of patients, but Van Haren said it should no longer be a barrier preventing a patient from receiving lung cancer surgery.

“We think that with this study we can potentially safely offer surgery to more patients and try to improve the outcomes for lung cancer for minority and lower-income patients who otherwise might not be offered surgery because of the perceived risk,” Van Haren said.

While this change could immediately improve patient outcomes, Van Haren said UC continues to work to address other factors leading to racial and ethnic health disparities such as structural racism and socioeconomic differences. This includes more detailed interviewing after a patient is diagnosed with cancer to understand patients’ perspectives and barriers to care.

The importance of screening

Van Haren said another tool to close racial and ethnic disparities in lung cancer is continued and improved screening. He noted new guidelines have opened screening to more people, particularly minorities who tend to get lung cancer earlier in life and smoke a bit less.

“So with screening this newer population, we’re hoping that we’re going to identify earlier cancers in those minority populations,” he said. “Early detection is one of the main things to improve outcomes. So if we can find lung cancer early, they can have a good outcome, and that’s really why screening works.”

Updated recommendations state individuals between 50 to 80 years old who haven’t quit smoking within the last 15 years and have at least a 20 “pack year” history should be screened for lung cancer.