Acute pancreatitis and the rise of alcohol-related deaths 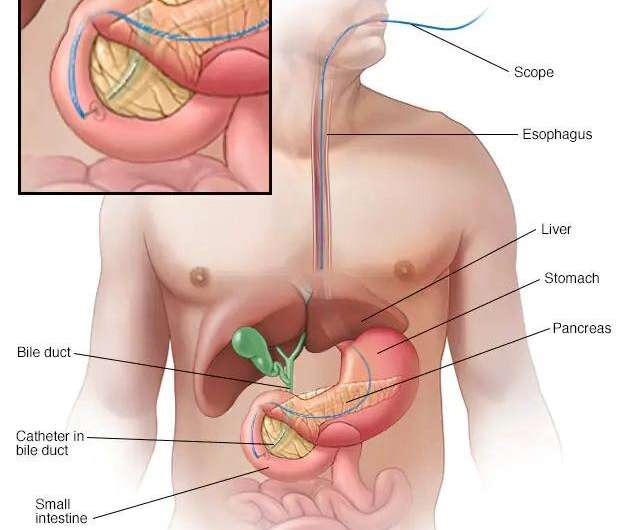 Excessive alcohol use is one of the two leading causes of acute pancreatitis, and a recent report from the Centers for Disease Control and Prevention (CDC) says deaths from alcohol-induced acute pancreatitis increased by 50% between 2019 and 2020.

The CDC says alcohol-related deaths have increased over the last 20 years, but have risen more steeply in recent years. The most significant increases in rates were from alcohol-induced acute pancreatitis.

“Pancreatitis, by definition, means inflammation of the pancreas,” says Dr. Santhi Swaroop Vege, a gastroenterologist with the Mayo Clinic Pancreas Clinic. “They are broadly divided into two types—acute and chronic pancreatitis.”

The pancreas is a gland that sits behind the stomach in the upper abdomen. It has two main functions.

“One is digestion of the food, the carbohydrates, the proteins and fats in the food. And the important thing is to keep the blood sugars in the normal range and to see you don’t get diabetes by secreting insulin and other hormones, like glucagon,” says Dr. Vege.

Pancreatitis can come on quickly and cause intense pain.

“Acute pancreatitis is a dramatic disease with sudden, severe upper abdominal pain. The patient almost always needs to be admitted. About 15% to 20% of such acute pancreatitis patients can go into the more severe forms, where you have significant morbidity due to fluid collections requiring drainage, and some die,” he says.

Alcohol and gallstones are the two most common causes of acute pancreatitis. Other causes may include high triglyceride levels, certain medications, procedures like endoscopic retrograde cholangiopancreatography, and certain genetic abnormalities, says Dr. Vege.

Treatment is directed to the cause as well as to control the symptoms. For example, for gallstones causing acute pancreatitis, a cholecystectomy (gallbladder removal) is advised.

Treatment options for acute pancreatitis may include:

“By treating the acute pancreatitis cause, you prevent recurrences,” says Dr. Vege.

Other risk factors may include smoking and a family history of pancreatitis.

“The three major problems with chronic pancreatitis are chronic abdominal pain requiring narcotics, diabetes due to deficient insulin production, and diarrhea and fat in the stool because of maldigestion,” says Dr. Vege.

In addition to medication for chronic pancreatitis pain management, endoscopic procedures and surgical procedures also may be required.

Diarrhea is often a problem for people with chronic pancreatitis because they have difficulty digesting foods. Treatment may include pancreatic enzymes to treat the diarrhea due to mild digestion.

Along with any surgery and procedures to treat initial pancreatitis, other treatments may include pain management to help with persistent abdominal pain, enzymes to improve chronic diarrhea, and changes to your diet.

Having diabetes may increase the risk of pancreatitis, and having pancreatitis can lead to diabetes.

Dr. Vege says the study of diabetes in patients with pancreatitis is the focus of ongoing research at Mayo Clinic.

“Diabetes happens both in people with acute as well as chronic pancreatitis. In acute pancreatitis, in 10% of where you have severe forms where a part of pancreatic tissue dies, is what we call necrosis,” he says. “Obviously, because of loss of pancreatic tissue, your capacity to secrete insulin has come down, and you develop diabetes.”

“But what is most important is that even in those patients with acute pancreatitis where there is no death of pancreatic tissue, and after they recover (80% recover within a few days), the pancreas looks normal on a scan, but around 15% develop subsequent diabetes. Something is happening to the cells secreting insulin even when there is no death of tissue,” says Dr. Vege.

There is ongoing research on the role of genetics in pancreatitis. The odds increase if a person has a family member with the condition, especially when combined with other risk factors.

While a person cannot change DNA or genes, there are ways to lowers risks to help prevent pancreatitis.

“Lifestyle modifications by stopping alcohol and smoking, follow a healthy diet, and physical activity are extremely important, particularly to control the diabetes that results from chronic pancreatitis,” says Dr. Vege.