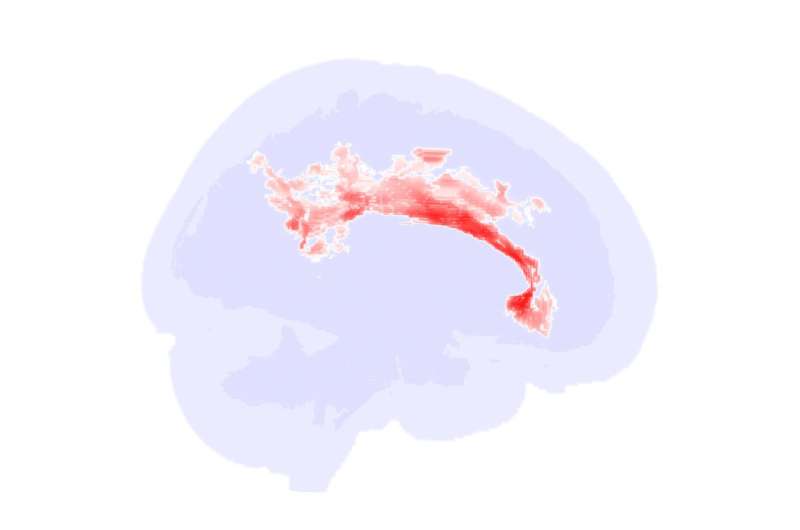 Researchers at Yale University analyzing specialized MRI exams found significant changes in the microstructure of the brain’s white matter in adolescents and young adults with autism spectrum disorder (ASD) compared to a control group, according to research being presented next week at the annual meeting of the Radiological Society of North America (RSNA). The changes were most pronounced in the region that facilitates communication between the two hemispheres of the brain.

“One in 68 children in the U.S. is affected by ASD, but high variety in symptom manifestation and severity make it hard to recognize the condition early and monitor treatment response,” said Clara Weber, postgraduate research fellow at Yale University School of Medicine. “We aim to find neuroimaging biomarkers that can potentially facilitate diagnosis and therapy planning.”

Researchers reviewed diffusion tensor imaging (DTI) brain scans from a large dataset of patients between the age of six months and 50 years. DTI is an MRI technique that measures connectivity in the brain by detecting how water moves along its white matter tracts. Water molecules diffuse differently through the brain, depending on the integrity, architecture and presence of barriers in tissue.

“If you think of gray matter as the computer, white matter is like the cables,” Weber said. “DTI helps us assess how connected and intact those cables are.”

“One of the strengths of our study is that we looked at a wide range of age groups, not just school-aged children,” Weber said.

Fractional anisotropy is the extent water diffusion is restricted to just one direction. A value of zero means that diffusion is unrestricted in all directions. A value of one means that diffusion occurs only in one direction. Mean diffusivity is the overall mobility of water molecules, which reflects how densely cells are packed together. Radial diffusivity is the extent water diffuses perpendicular to a white matter tract.

The key finding of the analysis was reduced fractional anisotropy within the anterior/middle tracts of the corpus callosum in adolescent and young adult ASD patients compared to individuals in the control group. The corpus callosum is a thick bundle of nerve fibers that connects and allows the two sides of the brain to communicate. Corresponding increases in ASD-related mean diffusivity and radial diffusivity were found in young adults.

“In adolescents, we saw a significant influence of autism,” Weber said. “In adults, the effect was even more pronounced. Our results support the idea of impaired brain connectivity in autism, especially in tracts that connect both hemispheres.”

No reduction in fractional anisotropy was observed in the same tracts in toddlers and infants with ASD compared to controls.

“We need to find more objective biomarkers for the disorder that can be applied in clinical practice,” Weber said.