Breaking down the anti-vaccine echo chamber 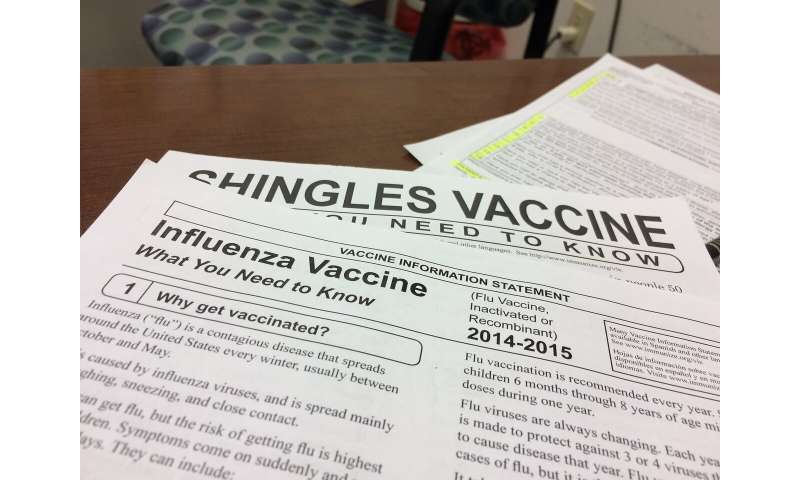 The rhetoric around vaccination is generally black and white: vaccines are good or vaccines are bad. In these days of Facebook and Twitter, it is easy enough to block out the opinions of those you disagree with, and only associate with people whose voices reinforce your own opinions. These echo chambers have real-world implications; currently, the U.S. is in the midst of its largest measles outbreak in decades. That’s why it’s important to find ways to communicate across the divide.

While the overwhelming majority of the scientific and medical communities (including the authors of this article) agree that vaccines are extremely safe and effective, and that the benefits far outweigh the risks, it is important to note that there have been, on rare occasions, events where certain vaccines have been recalled, and there are very rare occasions when anaphylactic events can occur after vaccination. Failing to admit that these events can occur fuels the anti-vaccination community further in their dangerous rhetoric and pushes them deeper into the echo chambers that exacerbate vaccine denialism. It is important for vaccine advocates to stop completely discounting these fears as impossible and to reframe their argument in a way that acknowledges the fears but underscores the importance, efficacy, and safety of vaccination on the whole, despite the risks.

Many who are on the fence about vaccination are worried about the potential consequences of vaccines; they’ve heard stories about children having severe immunologic reactions or dangerously high fevers after their shots; they’re enticed by anecdotes about children who were vaccinated one day and severely impaired the next. Most of these stories come from a misunderstanding of the common scientific axiom, “correlation does not equal causation,” and carry little to no weight in arguments against vaccinating. Many of the stories are also lies fabricated by the most vocal vaccine deniers and profiteers seeking to further their own dangerous agendas.

But every once in a while, a story will carry some legitimacy, and it does vaccine advocates no good to dismiss them as impossible. Instead of outright dismissing the claims, it would benefit the pro-vaccine community to acknowledge that sometimes, albeit rarely, mistakes occur, and to focus on what the scientific community does to ensure safety, how infrequent these events actually are, and how the benefits of vaccines still significantly outweigh the risks. In fact, when mistakes do occur, the products are removed from the market immediately and the kinks are worked out, further evidence that the system works well.

Vaccine advocates should feel comfortable with these conversations and instead of shutting them down; those whose fears are dismissed will look for another outlet to vent their frustration, convinced the medical community and government are engaging in a conspiratorial cover-up, and if they cannot find a place to have a civil discussion about it in an evidence-driven environment, they will often seek confirmation from those whose agendas are nefarious: enter the anti-vax echo chambers.

Many of these echo chambers—like Facebook’s “Vaccine Resistance Movement,” “Vaccine Re-education Discussion Forum,” and “Vaccine Truth Movement” groups, for example—have tens of thousands of followers. Where do they come from? Much of the blame can be placed on profiteers: those who seek to profit off the ignorance and fears of parents and others.

Andrew Wakefield, whose retracted Lancet article claimed there was a link between the MMR vaccine and autism, is a textbook profiteer who intended to profit from his own measles vaccine and treatment, for which he filed a patent application. Even after his medical license was revoked because of fraudulent, unethical methods and conflict of interest, he continues to profit from his hoax. In 2016, he and other big-name anti-vaccine profiteers directed the propagandistic documentary Vaxxed, which makes the same spurious claims as Wakefield’s original Lancet article and raked in almost $1.2 million.

Or consider Larry Cook, who runs a group called Stop Mandatory Vaccination. He has made almost $80,000 from anti-vaccination GoFundMe campaigns, which he freely admits go “directly” to his bank account and “may be used to pay [his] personal bills.”

Profiteers are responsible for gatekeeping many of the staunch anti-vaccine communities found on social media, where anyone who expresses an opinion contrary to theirs is attacked and banned from the group in order to keep the echo chamber as tight as possible. It is through these echo chambers that profiteers continue profiting; they sell their own books and alternative lifestyles and bankroll from GoFundMe campaigns. Any dissenting voice is a threat to their finances, so they encourage intense groupthink and mob mentality.

It is our goal as public health professionals—and should be the goal of every scientifically-minded, pro-evidence person—to keep those on the fence about vaccines as far away from the echo chambers as possible. Foresight is important: understand the commonly used tropes they may use, and know how to combat them with evidence and reason instead of shutting them down.