Certain chemicals made after the body breaks down fats and proteins may predict whether 9/11 first responders will develop lung disease, a study has found.

But the presence of other metabolites allowed the team to predict the disease with 93.3 percent accuracy – meaning they could some day be the basis for a risk test.

Protective chemicals include amino acids and omega-3 fatty acids, both of which are found in diets rich in fish and olive oil.

The study authors say this means that a simple change, such as adopting a Mediterranean diet, could help to protect men and women who breathed in toxic dust at the World Trade Center site. 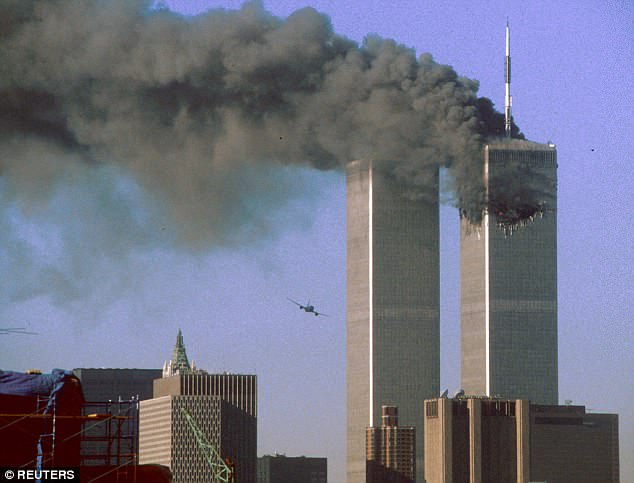 ‘Our new work shows that some metabolites may actually protect first responders from losing their lung function,’ said senior investigator Dr Anna Nolan, an associate professor in the Department of Medicine at NYU Langone Health.

‘By combining the results of our studies to date, we are closer to predicting who gets lung damage. This, in turn, offers unique opportunities for better diagnosis and prevention of obstructive airway disease moving forward.’

For the study, published in the journal Scientific Reports, the team looked at blood samples from 14,000 9/11 firefighters and EMS workers.

They had their lungs tested before the terrorist attack, after, and every year since.

From nearly 600 common metabolites found in the human body, there were about 30 associated with first responders who showed no signs of OAD.

This may mean the fatty acids could do the same for OAD sufferers.

Dr Nolan says she would like to develop a blood test that could screen both victims of disasters and first responders to assess their risk of developing lung disease.

The findings also build on the team’s other study, which found that certain heart disease risk factors – such as high cholesterol and high blood pressure – could predict the development of lung dysfunction among 9/11 first responders.

‘The livelihood of first responders is dependent on their health,’ said lead investigator George Crowley.

‘It is incredibly important for physicians to analyze the presence or absence of certain metabolites in these patients’ blood soon after a disaster and use the results to help treat them, keeping them fulfilled in their jobs and their lives.’

For future research, the team plans to study blood vessel injuries among World Trade Center first responders to see if it could be an early sign of heart problems.