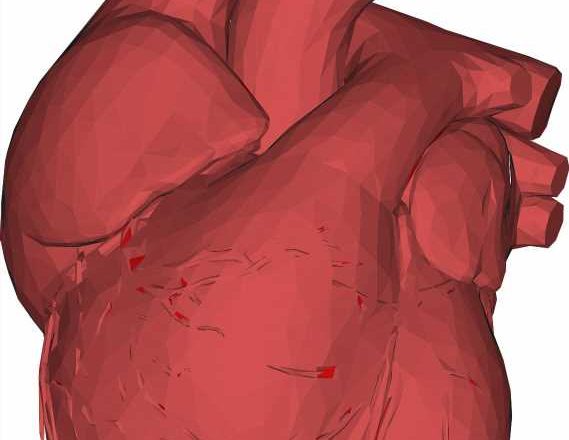 Switching what the powerhouses of heart cells consume for energy could help the heart regenerate when cells die, a new study led by UT Southwestern researchers suggests. The finding, published in the Feb. 20, 2020, Nature Metabolism, could open whole new avenues for treating a variety of conditions in which heart muscle becomes damaged, including heart failure caused by viruses, toxins, high blood pressure, or heart attacks.

Nine years ago, Sadek and his colleagues discovered that mammalian hearts can regenerate if they’re damaged in the first few days of life, spurred by the division of cardiomyocytes, the cells responsible for a heart’s contractile force. However, this capacity is completely lost by 7 days old, an abrupt turning point in which division of these cells dramatically slows.

Subsequent research has shown that this change in regenerative capacity appears to stem, at least in part, from damaging free radicals generated by organelles known as mitochondria, which power cells. These free radicals damage cells’ DNA, a phenomenon called DNA damage, which prompts them to stop dividing.

The shift in free radical production appears to be spurred by a change in what mitochondria in the cardiomyocytes consume for energy, Sadek explains. Although mitochondria rely on glucose in utero and at birth, they switch to fatty acids in the days after birth to utilize these energy-dense molecules in breast milk.

Sadek and his colleagues wondered whether forcing mitochondria to continue to consume glucose might stymie DNA damage and, in turn, extend the window for heart cell regeneration. To test this idea, the researchers tried two different experiments.

In the first, they followed mouse pups whose mothers were genetically altered to produce low-fat breastmilk and that fed on low-fat chow after they weaned. The researchers found that these rodents’ hearts maintained regenerative capacity weeks later than normal, with their cardiomyocytes continuing to express genes associated with cell division for a significantly longer window than those fed a diet of regular breastmilk and chow. However, this effect didn’t last into adulthood—their livers eventually made up the deficit by synthesizing the fats that their diets were missing, which significantly reduced their hearts’ regenerative capacity.

In the second experiment, the researchers created genetically altered animals in which the researchers could delete an enzyme, known as pyruvate dehydrogenase kinase 4 (PDK4), necessary for the heart cells’ mitochondria to digest fatty acids. When the researchers delivered a drug to turn off PDK4 production, the animals’ cardiomyocytes switched to consuming glucose instead of fatty acids, even in adulthood. After researchers simulated a heart attack, these animals experienced improvement in heart function, which was accompanied by markers in gene expression that suggested their cardiomyocytes were still actively dividing.

Sadek notes that these findings provide proof of principle that it’s possible to reopen the window for heart cell regeneration by manipulating what cardiomyocyte mitochondria consume for energy.