Ever since scientists created the powerful gene editing technique Crispr, they have braced apprehensively for the day when it would be used to create a genetically altered human being. Many nations banned such work, fearing it could be misused to alter everything from eye color to I.Q.

Now, the moment they feared may have come. On Monday, a scientist in China announced that he had created the world’s first genetically edited babies, twin girls who were born this month.

The researcher, He Jiankui, said that he had altered a gene in the embryos, before having them implanted in the mother’s womb, with the goal of making the babies resistant to infection with H.I.V. He has not published the research in any journal and did not share any evidence or data that definitively proved he had done it.

But his previous work is known to many experts in the field, who said — many with alarm — that it was entirely possible he had.

While the United States and many other countries have made it illegal to deliberately alter the genes of human embryos, it is not against the law to do so in China, but the practice is opposed by many researchers there. A group of 122 Chinese scientists issued a statement calling Dr. He’s actions “crazy” and his claims “a huge blow to the global reputation and development of Chinese science.”

If human embryos can be routinely edited, many scientists, ethicists and policymakers fear a slippery slope to a future in which babies are genetically engineered for traits — like athletic or intellectual prowess — that have nothing to do with preventing devastating medical conditions.

While those possibilities might seem far in the future, a different concern is urgent and immediate: safety. The methods used for gene editing can inadvertently alter other genes in unpredictable ways. Dr. He said that did not happen in this case, but it is a worry that looms over the field.

Dr. He made his announcement on the eve of the Second International Summit on Human Genome Editing in Hong Kong, saying that he had recruited several couples in which the man had H.I.V. and then used in vitro fertilization to create human embryos that were resistant to the virus that causes AIDS. He said he did it by directing Crispr-Cas9 to deliberately disable a gene, known as CCR₅, that is used to make a protein H.I.V. needs to enter cells.

Dr. He said the experiment worked for a couple whose twin girls were born in November. He said there were no adverse effects on other genes.

In a video that he posted, Dr. He said the father of the twins has a reason to live now that he has children, and that people with H.I.V. face severe discrimination in China.

Dr. He’s announcement was reported earlier by the MIT Technology Review and The Associated Press.

In an interview with the A.P. he indicated that he hoped to set an example to use genetic editing for valid reasons. “I feel a strong responsibility that it’s not just to make a first, but also make it an example,” he told the A.P. He added: “Society will decide what to do next.”

It is highly unusual for a scientist to announce a groundbreaking development without at least providing data that academic peers can review. Dr. He said he had gotten permission to do the work from the ethics board of the hospital Shenzhen Harmonicare, but the hospital, in interviews with Chinese media, denied being involved. The university that he is attached to, the Southern University of Science and Technology, said it suspended Dr. He in February because the school of biology believed that his project “is a serious violation of academic ethics and academic norms,” according to the state-run Beijing News.

Many scientists in the United States were appalled.

Dr. Mitalipov said that unlike his own work, which focuses on editing out mutations that cause serious diseases that cannot be prevented any other way, Dr. He did not do anything medically necessary. There are other ways to prevent H.I.V. infection in newborns.

Just three months ago, at a conference in late August on genome engineering at Cold Spring Harbor Laboratory in New York, Dr. He presented work on editing the CCR₅ gene in the embryos of nine couples.

At the conference, whose organizers included Jennifer Doudna, one of the inventors of Crispr technology, Dr. He gave a careful talk about something that fellow attendees considered squarely within the realm of ethically approved research, said one of those who attended, Dr. Fyodor Urnov, deputy director of the Altius Institute for Biomedical Sciences and a visiting researcher at the Innovative Genomics Institute at the University of California, Berkeley.

“If you listened to his talk, it is this very cautious, thoughtful, step-by-step advance,” Dr. Urnov said. “He presented embryo editing of CCR₅. He was presenting the talk to peers, professional gene editors who know that the field is advancing rapidly, so frankly the atmosphere in the room was, I don’t want to say ho-hum, but it was ‘Yeah, sure, you’ve built on ten years of advances.’”

“What we now know is that as he was talking, there was a woman in China carrying twins,” Dr. Urnov said. “He had the opportunity to say ‘Oh and by the way, I’m just going to come out and say it, people, there’s a woman carrying twins.’”

He didn’t. “I would never play poker against Dr. He,” Dr. Urnov said.

Richard Hynes, a cancer researcher at the Massachusetts Institute of Technology, who co-led an advisory group on human gene editing for the National Academy of Sciences and the National Academy of Medicine, said that group and a similar organization in Britain had determined that if human genes were to be edited, the procedure should only be done to address “serious unmet needs in medical treatment, it had to be well monitored, it had to be well followed up, full consent has to be in place.”

It is not clear why altering genes to make people resistant to H.I.V. is “a serious unmet need.” Men with H.I.V. do not infect embryos. Their semen contains the virus that causes AIDS, which can infect women, but the virus can be washed off their sperm before insemination. Or a doctor can inject a single sperm into an egg. In either case, the woman will not be infected and neither will the babies.

Dr. He got his Ph.D, from Rice University, in physics and his postdoctoral training, at Stanford, was with Stephen Quake, a professor of bioengineering and applied physics who works on sequencing DNA, not editing it.

Experts said that using Crispr would actually be quite easy for someone like Dr. He.

After coming to Shenzhen in 2012, Dr. He, at age 28, established a DNA sequencing company, Direct Genomics, and listed Dr. Quake on its advisory board. But, in a telephone interview on Monday, Dr. Quake said he was never associated with the company. 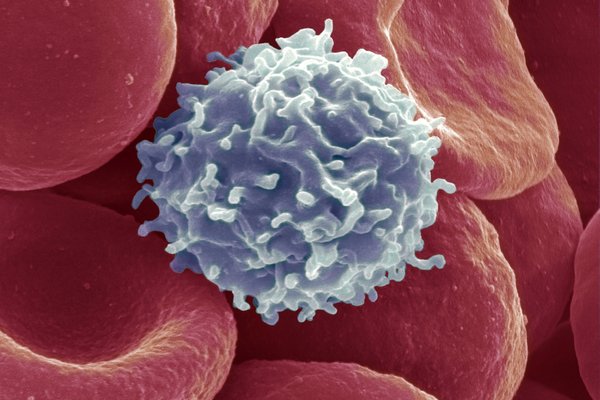 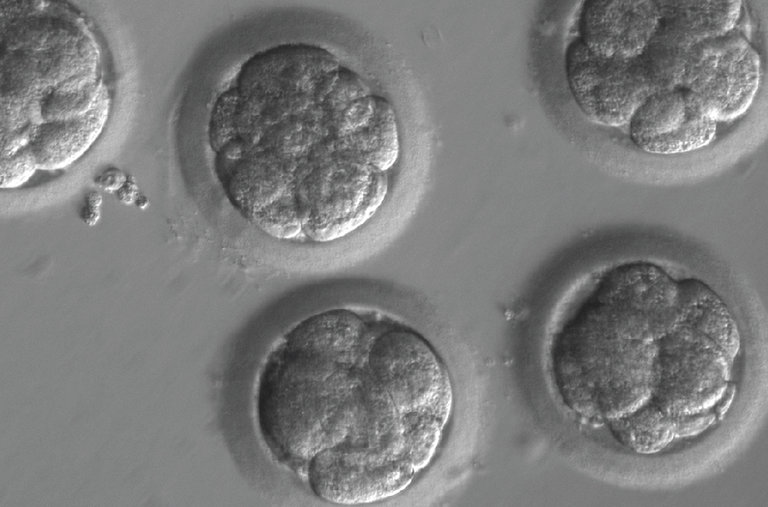 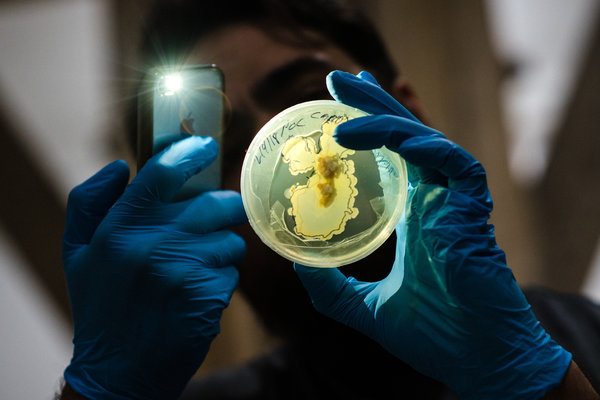 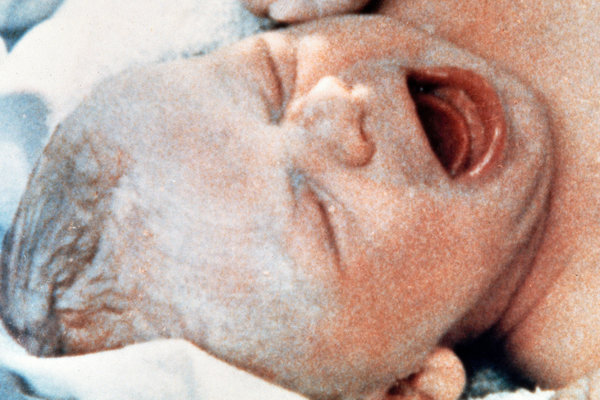 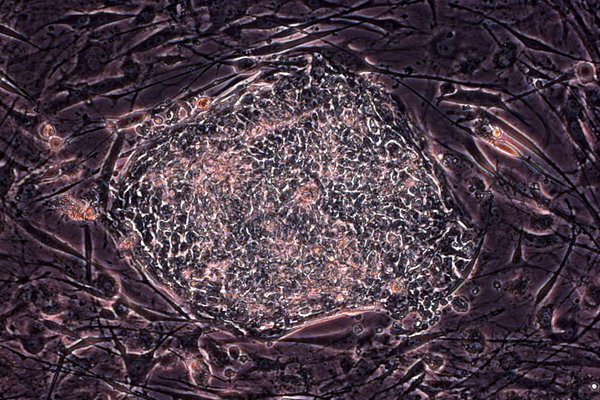 Gina Kolata writes about science and medicine. She has twice been a Pulitzer Prize finalist and is the author of six books, including “Mercies in Disguise: A Story of Hope, a Family’s Genetic Destiny, and The Science That Saved Them.” @ginakolata • Facebook

Sui-Lee Wee has been a correspondent for The New York Times in the Beijing bureau since October 2016. She covers business in China, Chinese consumers, health care and the intersection of demographics and the economy. @suilee

Pam Belluck is a health and science writer. She was one of seven Times staffers awarded the 2015 Pulitzer Prize for International Reporting for coverage of the Ebola epidemic. She is the author of “Island Practice,” about a colorful and contrarian doctor on Nantucket. @PamBelluck