It’s a beginning step in the state’s broader COVID-19 exit strategy, in which Gov. Jared Polis envisions Coloradans returning to nightclubs and sports stadiums as soon as May. He and public health officials hope that by the fall, people will be able to gather indoors with large groups in much the way they did before the pandemic.

Polis was set to announce new details Friday afternoon about the state’s plans to gradually loosen restrictions, and he promised more to come. Every county in every corner of the state will still have to follow Colorado’s color-coded restriction dial, but the new version — “Dial 2.0” — significantly lowers the threshold of COVID-19 cases that must be met in order to restore personal freedoms and full business activities.

Colorado Department of Public Health and Environment Director Jill Hunsaker Ryan told The Denver Post that many counties will move down on the dial to less restrictive levels — something Polis was also set to announce Friday.

The new dial, Polis told The Post, will be more nimble “to allow for more normalcy” — or less, if case rates move in the wrong direction.

“Every day I wake up asking myself, ‘Can we get rid of the dial?’ I think the answer is still overwhelmingly no,” Polis said, adding that he hopes the state can achieve a 60-70% vaccination rate by May, June or July, and that at that point, “it certainly means that for those who’ve been vaccinated … they can generally live the same way they’ve lived in years past.”

If all goes well, there’ll be another, more lenient update to the dial in the next couple months. But that’s a big “if,” given that fewer than 2% of all Coloradans have received both vaccine doses and there are new virus variants making the rounds.

Colorado is somewhat containing the virus — as of this week it had the eighth-fewest new virus cases among states, adjusted for population — resulting in lower hospitalizations and deaths. But the statewide case count on average is roughly twice as high as when Polis issued a statewide stay-at-home order in the spring. That’s partly a reflection on increased testing capacity.

And there’s concern, particularly for and among low-income people and people of color, that Polis is moving too quickly, too soon toward a greater normalcy.

“The question of whether it’s the right time — well, that’s how much risk we want to take,” said Jon Samet, dean at The Colorado School of Public Health and a state advisor on pandemic modeling. “With the pandemic going down in the state, and vaccinations going, it’s not the wrong time. I’ll put it that way.”

Samet said modeling shows about a quarter of Coloradans have been infected with the coronavirus at some point, and previous infection should confer some immunity — though he notes that the pandemic has gone on long enough that people who were infected early on may be seeing their immunity wearing off.

“For the short-run,” Samet added, “I’m feeling reasonably optimistic that by fall we’ll be heading into a new normal, where we are able to do many of the things we used to do.”

With such big changes set to take effect Saturday, this path back to normal worries those who aren’t yet vaccinated and who can’t afford simply to stay home.

“If we’ve made it this far, with a little bit to go,” Denver restaurant worker Christian Maiorino said, “I just don’t think people should be dining indoors at all. It’s totally unnecessary that I have to put myself at risk for my job.

“It really would be a shame if the governor goes ahead and opens back up prematurely. I just think we’re so quick to jump the gun.”

A roadmap to the restriction ramp-down

For months, with some exceptions, the general rule has been that the higher certain metrics climb in a county, the stricter the rules.

As of Friday, 54 of 64 Colorado counties, including the most populous ones, are at Level Orange on the state dial. That means gatherings of up to 10 people are allowed; restaurants, gyms, and event and entertainment operators can serve customers indoors at up to 50 people or be at 25% capacity. And retail stores can have up to 50% indoor capacity.

To qualify for this level, counties have needed to demonstrate positivity rates no higher than 15%, with somewhere between 175 and 300 people infected per 100,000, on a two-week rolling average.

Under the initial version of Dial 2.0, which is expected to change Friday, a county could have up to 500 people per 100,000 infected and still stay at Orange. They’ll be allowed to move down to  Yellow at 300 people per 100,000 infected — the level some Colorado counties will move to this weekend, Ryan said. Under Yellow, restaurants, offices, gyms and event spaces can move to 50% capacity, or 100 people total, twice as lenient as the Orange level allows for.

Another proposed change in Dial 2.0 calls for basing decisions to move counties up or down the list on 7-day incidence rates, instead of 14-day rates.

A specific list of which counties will move on the dial was not immediately available, but the state promised that would be forthcoming Friday.

Under these changes, some counties will even move to Blue, the level below Yellow, Ryan said Friday. At that level, businesses are allowed up to 175 people indoors, more than three times what’s allowed at Orange. Below Blue, there’s only one more level (Green) before, as Polis puts it, Colorado can “abolish the dial.”

Many businesses have been clamoring for looser restrictions for months. Whole sectors in this state have been decimated — child care, fitness and food service, among others — and most of the private-sector leaders interviewed for this story said they’re glad to see the state starting to reopen further.

“We’ve got masks, we’ve got social distancing, we’ve got vaccines, we’ve got a growing number of folks who’ve become immune to it because they’ve already survived it,” said Scott Bright, who owns a string of child care centers in Weld County. “I feel like if we take a step forward and reopen, it’ll save child care companies.”

Bright laid off three quarters of his staff in the spring, and while things have improved some since then, his sector remains in crisis.

“Our enrollment is down to a third of what it was in previous years,” she said, adding that she gets nervous about looking too far down the road. “It’s kind of like asking a diabetic who gets COVID, well, when are you gonna be healthy again? We have all these ailments we’re working on right now.”

Only about 8% of Coloradans have received at least one dose of the vaccine, a sliver that includes many older adults and vulnerable people who are most at risk of hospitalization and death. Early childhood educators and staff are among the next batch of Coloradans who will become eligible for the vaccine on Feb. 8, along with K-12 workers and people ages 65-69.

More than case rates or overall death tolls or the various unknowns related to variants, Polis says it’s the promise of the vaccine going to the people who need it that gives him confidence in rolling out an exit strategy now.

There are many on the frontlines who won’t be included in that next round, who expect they’ll have to wait until March or beyond.

“You’re going to start to open up and more people are going to try to pivot back to normal, and these workers who don’t have the opportunity for the vaccine are still going to be at further risk,” said Kim Cordova, president of The United Food and Commercial Workers union in Colorado. “We just don’t see that there’s a comprehensive strategy to get all of these workers.”

Already, there are profound racial equity gaps in vaccination rates, meaning that people of color are disproportionately likely to still be at higher risk of getting COVID-19 when the restrictions are rolled back.

It’s not just low-income workers and communities of color that feel at risk. Lloyd Lewis runs arc Thrift Stores, which employ hundreds of people with disabilities across the state.

“We are concerned that our kids with (intellectual and developmental disabilities) are four to five times more likely to die than people under 70 if they are hospitalized with COVID,” he said.

He is also the father of a teenager with Down syndrome. “We are concerned that current COVID vaccine priorities in Colorado would mean that most of our kids … would receive the vaccine in the last phase.”

In Denver, city officials say, 78% of eligible white people in the city have been vaccinated so far, compared to just 8.5% of Latino residents.

Though Mayor Michael Hancock expressed concern about this in a public meeting Thursday, he told The Post that the elevated risk doesn’t give him pause with regard to Saturday’s Dial 2.0 rollout.

“We’ve been careful and we’ll continue to be very careful,” he said, “and make sure we do not go rushing ahead of where public health is leading us.”

He added, “Denver has not shied away from being more restrictive than necessary.”

Indeed, under Dial 2.0, counties will be allowed to enact tighter restrictions if they want to. But the past 11 months show that happening only in rare cases in liberal areas; for the most part, counties have jumped at any chance to move down on the dial.

Polis admitted that he can’t provide much assurance to Lewis and others concerned about broader vaccine access. He said that even as the state prepares this exit strategy, he can’t look ahead very far with certainty.

“One of my great frustrations is I don’t have any special visibility into how many vaccines will be available,” Polis said. “I don’t even know what we’re going to be getting in March, no less April, May and June.”

Join our Facebook group for the latest updates on coronavirus in Colorado. 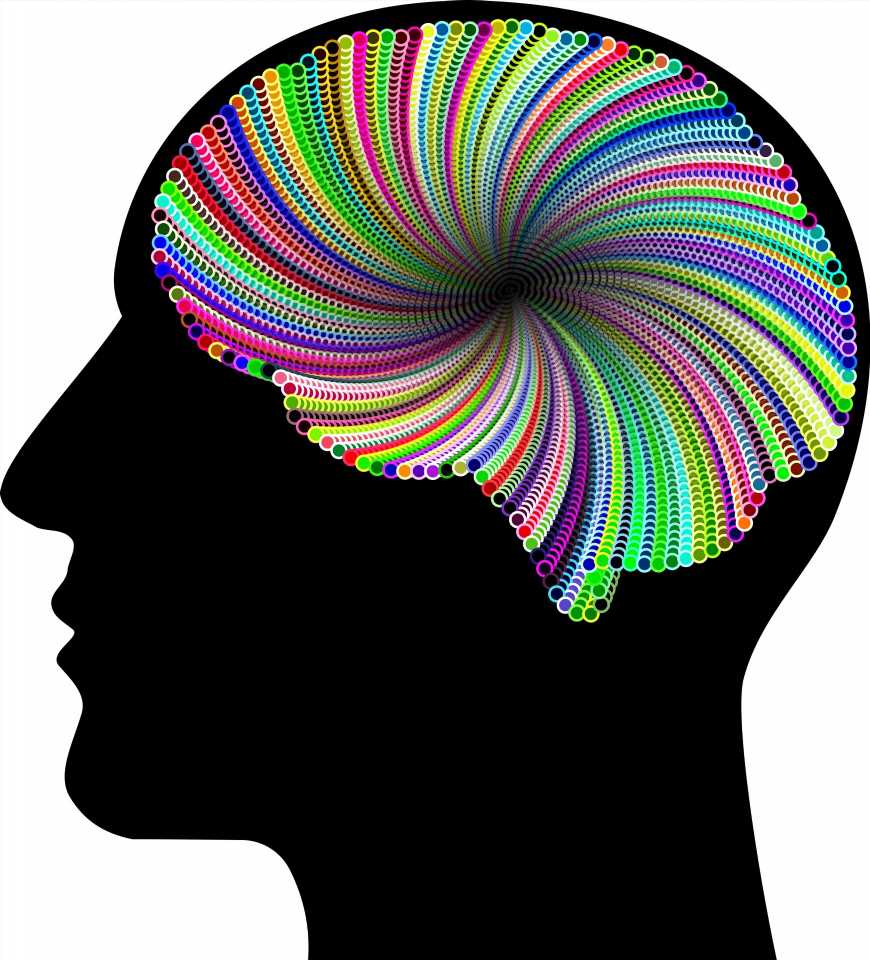