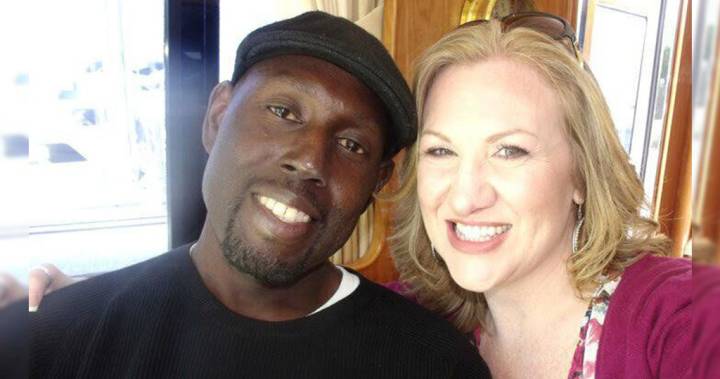 ‘Convinced it was a cyst’: Wife shares heartbreaking story of losing husband to breast cancer

A California woman is sharing her late husband’s battle with breast cancer as a way to raise awareness that the disease is a men’s health issue, too.

Tammy Porter penned an emotional essay about losing her 48-year-old partner Mike last year to breast cancer after he discovered what he thought was a cyst behind his nipple. In her essay, published on Huffington Post on Tuesday, Porter details how Mike waited to get the lump checked out since he assumed it was nothing serious.

“One day in the shower, he felt a dime-sized lump just behind his nipple and casually pointed it out to me. Convinced it was a cyst, he put off getting it checked out ― for months,” Porter wrote.

“I finally demanded that he see a doctor when it was clear the lump was growing and his nipple appeared to invert. Cancer never crossed either of our minds.”

When her husband went to get the lump examined, Porter said his doctor was not concerned but ran tests just to be safe. After a mammogram, PET scan and biopsy, Mike learned he had Stage 3 metastatic breast cancer.

“Not just cancer, but male breast cancer. We didn’t even know that was a thing,” she wrote. “Women get breast cancer, sure, but men? Alarmingly, it turns out the lifetime risk of a man being diagnosed with breast cancer is one in 833.”

To make matters worse, when Mike learned of his cancer diagnosis, he was also dealing with other health issues. He was waiting for his second heart transplant after suffering a cardiac arrest.

“We had a routine down where we monitored his heart health and frequented the transplant clinic to gauge his progress, all while we waited for the call for a new heart,” Porter wrote. “Now that heart would never come as his cancer diagnosis, unfortunately, made him ineligible for a transplant.”

Porter said that after Mike’s diagnosis, she learned that organ transplant recipients are more likely to be diagnosed with cancer in their lifetimes, according to research. She was also surprised to learn that although breast cancer is rarer for men, “it’s more likely to occur at a more advanced stage of diagnosis for men than women.”

Porter told Global News that she felt compelled to share Mike’s story so others are educated about the realities of the disease.

“Because my husband suffered so much, I just made the choice as we were going through it that it wouldn’t be in vain,” she said. “Anything learned from his experience, we would try to share.”

While the disease in men is rare — making up less than one per cent of all cancers — Shawn Chirrey, senior manager of analysis at the Canadian Cancer Society, said men shouldn’t ignore symptoms like discharge or bleeding nipples, crusting of the nipple, inverse nipples, swelling or pain of the nipples, lumps in the armpit or open sores that don’t heal.

“People automatically assume breast cancer is exclusive to women, but men have breast tissues like women do,” he told Global News. “(The breasts are) not developed the same way, but we are still prone to it.”

Porter says there’s also stigma around male breast cancer that hinders awareness. When her husband was ill, it wasn’t always easy to share his diagnosis.

“It became very challenging for him because when you tell someone you have cancer, they immediately ask, ‘Oh what kind?’” Porter said.

“And that simple, very first question that always was posed to him, he would just get a pained look on his face and was not even sure how to respond. To even say the words was challenging enough, and I think that so much of that comes from the male/female dichotomy and the sexuality associated with breasts.”

In 2017, 60 men in Canada died of breast cancer. Chirrey pointed out there are some differences between men and women developing the cancer, but for the most part, it usually affects men after the age of 60.

For Porter, that comes down to education.

“I have learned first-hand that male breast cancer is real, and it is deadly,” she wrote.

“Now, a year later, on Mike’s death anniversary, I can only hope other men and women are aware of how cruel breast cancer can be and that it doesn’t discriminate at all.”

—With files from Arti Patel