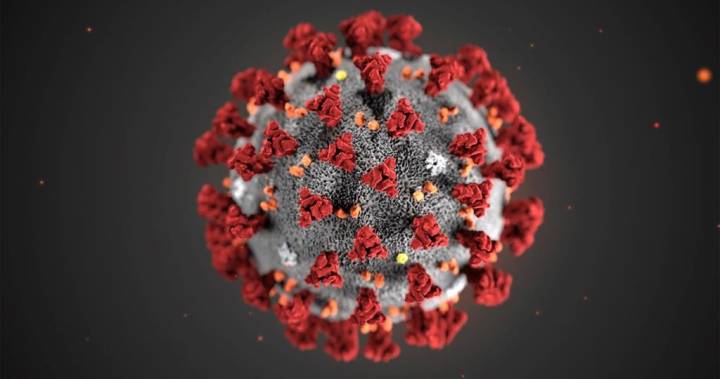 The area’s first death, reported over the weekend, involved a man in his 70s who tested positive on March 19 after becoming infected during travel to Portugal.

“The number of new cases… comes as laboratories have been able to clear what had been a backlog of tests that had been pending,” the health unit said.

The patients vary in age from their 20s to their 90s. Seven of the cases involve patients under the age of 40, while one involves a patient in their 50s, one in their 60s and four over the age of 70.

Three — a woman in her 50s, a man in his 60s and a man in his 80s — have been hospitalized. How they became infected remains unclear. Seven other cases are self-isolating, while details about the other five remain pending.

The number of people awaiting test results continues to drop — to 4,280 Tuesday — as Ontario adds more testing capacity and clears a backlog that was once nearly 11,000.

Nationally, more than 7,700 cases had been confirmed across the country as of early Tuesday afternoon, including nearly 1,100 recoveries and 89 deaths.

Officials with Southwestern Public Health are reporting the first death in Elgin County and in their jurisdiction involving a positive COVID-19 patient.

The agency covers Elgin and Oxford counties and St. Thomas.

The patient, a woman in her late 80s, tested positive on Saturday, had become infected through close contact, and was hospitalized at St. Thomas Elgin General Hospital, said the health unit and hospital officials.

“We are deeply saddened by this loss of life and offer our condolences to their loved ones,” Dr. Joyce Lock, the region’s medical officer of health, said in a statement.

Southwestern Public Health also confirmed Monday a new positive COVID-19 case in Oxford County involving a man in his 60s who became infected through travel and is now in self-isolation.

It’s the fourth confirmed case in Oxford County. The county’s third case, reported Monday, involves a man in his 50s who is now self-isolating. Officials initially said the man was in his 40s.

Lambton health officials have also reported four deaths in the county involving patients who had tested positive for COVID-19.

Two of the deaths were reported on Sunday and two on Monday, all involving patients over the age of 70 who had been hospitalized at Bluewater Health in Sarnia, Ont.

Three of the deaths involved residents of the same Sarnia retirement home, and there are at least six positive cases at the facility, according to a report in the Sarnia Observer.

Lambton Public Health says 91 per cent of the positive COVID-19 cases confirmed in the county involve patients over the age of 60. Just over 60 per cent are men.

Seventeen confirmed COVID-19 patients are being treated at Bluewater Health, according to the hospital.

The 64-year-old St. Marys, Ont., man had tested positive on March 14 after becoming infected during a recent trip to Mexico and had been listed in critical condition at Stratford General Hospital as of Saturday.

A 57-year-old St. Marys woman who was in close household contact with the man became Huron and Perth’s second confirmed COVID-19 patient on March 18. She remained in self-isolation as of Saturday, according to HPPH.

As of Monday afternoon, the number of confirmed cases in Huron and Perth stood at nine after seven cases came back positive over the weekend.

One involves a resident at Hillside Manor, a long-term care home near Sebringville, Ont., officials said in a news release on Monday. It’s the first confirmed positive case at a long-term care facility in Perth County.

Details are only known about three other cases.

Questions about COVID-19? Here are some things you need to know:

Health officials caution against all international travel. Returning travellers are legally obligated to self-isolate for 14 days, beginning March 26, in case they develop symptoms and to prevent spreading the virus to others. Some provinces and territories have also implemented additional recommendations or enforcement measures to ensure those returning to the area self-isolate.

Symptoms can include fever, cough and difficulty breathing — very similar to a cold or flu. Some people can develop a more severe illness. People most at risk of this include older adults and people with severe chronic medical conditions like heart, lung or kidney disease. If you develop symptoms, contact public health authorities.

To prevent the virus from spreading, experts recommend frequent handwashing and coughing into your sleeve. They also recommend minimizing contact with others, staying home as much as possible and maintaining a distance of two metres from other people if you go out.