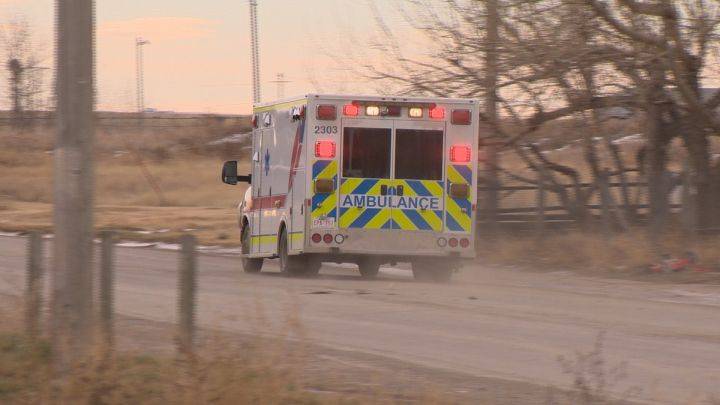 Florence Scout is a Blood Tribe elder. She’s working on a pilot project, aimed at saving the lives of her fellow members.

The number of reported overdoses shows just why it’s needed now more than ever.

‘I want to prevent the deaths of our people’: Blood Tribe Chief speaks to trespass bylaw

“These are the hardest times when you are getting off drugs and alcohol, whatever the problem is,” said Scout.

She knows the struggle of addiction firsthand. This month marks 39 years of her own sobriety. Recently her family suffered additional deadly consequences of opioid addiction.

“I lost a granddaughter last year. She overdosed on fentanyl in Calgary. I lost another granddaughter. She was an addicted person. She got over it but it had already done the damage,” explained Scout.

Those losses inspired her to help with the new project at the Kainai Healing Lodge Centre, A voluntary detox centre for Blood Tribe members.

“They get admitted to the Cardston hospital when there is an overdose, so they stabilize them there. Once they are stabilized, they let them go. So they go back into the community without any support,” said Jordan Head with the Kainai Healing Lodge Centre.

The Blood Tribe is funding the pilot project, aimed at breaking the cycle.

The pilot project was set up to operate over a few weeks during the Christmas holidays. Originally 10 beds were set aside, but Head said the demand is much greater.

“We have had 18 come through here and so far six are ready to go on for treatment,” said Head.

As the pilot project comes to a close, eight new permanent safe withdrawal beds will be opened in Standoff this month.

“They want to stop and I know they want to stop. We just want to provide the facilities, the tools to manage, to go forward,” said Floyd Big Head, Blood Tribe council member.

Now that added support is in place, the hope is someday soon the local state of emergency can be lifted and the community can heal from the wounds the drug crisis has left behind.