Developing a drug to treat Alzheimers disease in Down syndrome patients 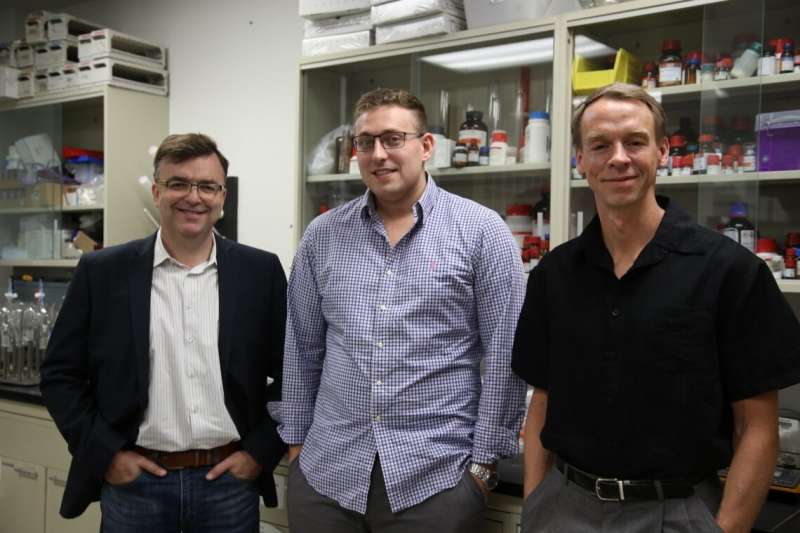 When a baby is born, each cell in his or her body contains 23 pairs of chromosomes or 46 chromosomes in total, with half coming from each parent. At least, this is the case most of the time.

Yet, the biological machinery responsible for assuring proper chromosome distribution sometimes go awry. This can result in a range of serious genetic diseases, the most common of which is Down syndrome. In this case, an extra copy of chromosome 21 is inherited from one parent. The condition is also known as Trisomy 21.

In addition to an array of physical abnormalities, virtually all Down syndrome patients develop Alzheimer’s disease, usually between the ages of 40 and 50. There are no available treatments to prevent or mitigate the progression to Alzheimer’s disease for these individuals.

Research on the drug, known as DYR533, was conducted at the the University of Arizona R. Ken Coit College of Pharmacy and BIO5 Institute, in partnership with the Biodesign Institute in Phoenix.

“Generating a completely original small molecule drug and bringing it from bench to bedside, in particular for central nervous system indications, is a significant achievement in terms of innovation and perseverance,” said co-inventor Christopher Hulme, a professor in the Coit College of Pharmacy’s Department of Pharmacology and Toxicology and a member of the BIO5 Institute. “The group is poised to complete pre-clinical development by 2025 when we look forward to human trials in patients with Down syndrome and Alzheimer’s disease.”

Hulme and Arizona State University researcher Travis Dunckley founded a startup company to push the new drug through additional studies and develop it for human use. The company, Iluminos Therapeutics, LLC, has received a three-year, $3.5 million federal Small Business Technology Transfer grant to test the latest iteration of the drug to prove it ready for clinical trials.

If successful, the drug will be a medical milestone for those with Down Syndrome. It also may represent a new approach to the treatment of late onset Alzheimer’s disease, the most common form of dementia in the general population. The methodology may eventually be applied to other neurodegenerative diseases as well.

One step closer to real-world impact

The design of the new drug was completed over a 10-year period by Hulme, an industry trained medicinal chemist with expertise in developing drugs that inhibit the function of kinases.

Kinases are important regulatory enzymes in the body, which add chemicals known as phosphates to other proteins. This process of phosphorylation is critical to many life processes, playing a vital role in embryonic development. In Down syndrome, however, an over-phosphorylation of critical proteins can induce classic hallmarks of Alzheimer’s disease.

Hulme co-invented drug compound DYR533 with Travis Dunckley, research professor at the ASU-Banner Neurodegenerative Disease Research Center and a UArizona alumnus, and Christopher Foley, a former graduate student in the UArizona Department of Chemistry and Biochemistry.

By using small molecules that help inhibit the DYRK1A kinase, the researchers have demonstrated that their unique compound dramatically slows the onset of Alzheimer’s disease pathology in animal models of the disease.

To bring the potential drug candidate a step closer to having real-world impact for patients, the team worked with Tech Launch Arizona, the UArizona office of that commercializes inventions stemming from academic research, to patent the invention on behalf of the university. The inventing team then worked with TLA to launch Iluminos and license the technology to the startup in 2017.

“This is a huge accomplishment for the Iluminos team,” said Bruce Burgess, TLA director of venture development. “Being awarded an STTR grant is a signal that this technology and this startup team are on the right path and well on their way to advancing a technology that would provide significant benefit to patients suffering from neurodegenerative disease.”

Because the new drug targets multiple pathways of neurodegeneration, it could potentially be much more beneficial than existing drug therapies, which typically target just one symptom, often after Alzheimer’s disease has already irreparably ravaged the brain.