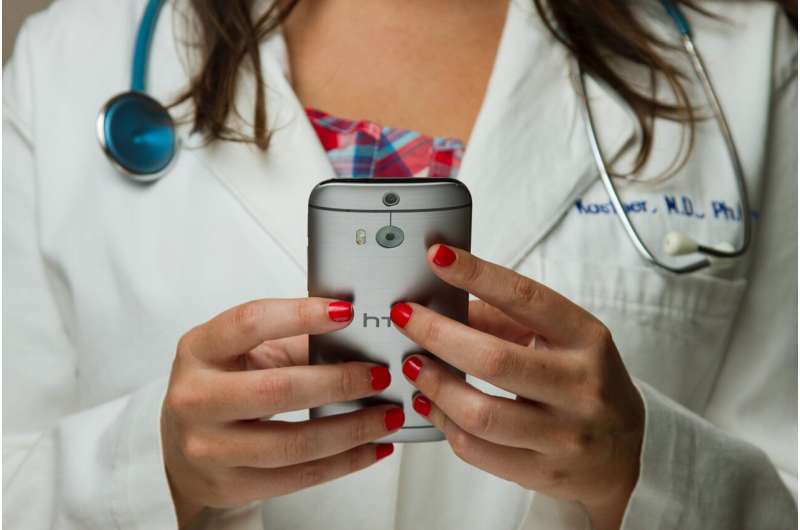 The massive rise in telehealth during the pandemic couldn’t have happened without temporary rules that gave health care providers and their patients more flexibility to connect online or by phone—even across state lines.

But now, those special interstate licensure rules have expired in most states, and will probably end later this year in the remaining few.

A new study could help guide those who will decide what happens next.

Published in the June issue of Health Affairs by a team from the University of Michigan, it suggests that people in some states will be much more affected than others by restrictions on interstate telehealth.

So will people who live in rural areas of many states.

The researchers hope their findings will help state policymakers design the future of interstate telehealth licensure rules in ways that focus on the patients who could benefit most.

The team from the U-M Institute for Healthcare Policy and Innovation reports data from older adults covered by traditional Medicare, both before and during the first year of the pandemic.

Before the pandemic, state licensure rules limited telehealth to patients who were located in a state where their clinician held a license to practice medicine. Clinicians can seek licensure in multiple states but must meet each state’s requirements to achieve and maintain their license.

“Prior to the pandemic, state licensure rules hindered telehealth,” says Juan Andino, M.D., M.B.A., the study’s first author and a resident in the Department of Urology at Michigan Medicine, U-M’s academic medical center. “For example, if I held a license to practice medicine in only Michigan, I could not perform a telehealth visit with a patient in Ohio, even if they only lived 45 minutes away.”

During the pandemic, all 50 states allowed out-of-state clinicians to perform telehealth visits with residents of their state. While the proportion of all Medicare telehealth visits that were conducted across state lines stayed roughly the same, the sheer number of interstate telehealth visits rose markedly from before the pandemic to the end of 2020, in sync with the sharp rise in the overall use of telehealth under special pandemic-era rules.

The vast majority of these interstate visits were between a patient and clinician who had an established relationship, and the most common conditions treated were those that benefit from regular E&M visits, including high blood pression, depression and anxiety.

In some states, less than 1% of telehealth visits in 2020 were interstate. But there was great variation between states, with some locations such as Vermont, New Hampshire and Washington, D.C. seeing interstate visits making up 4% to 9% of all E&M visits conducted via telehealth. States whose residents were more likely to go out of state for in-person care also had higher interstate telehealth care.

In 64% of interstate telehealth visits, the patient and provider were in neighboring states—such as patients in rural areas of Michigan who saw providers across the border in Wisconsin or Indiana.

The data don’t include telehealth visits by patients who were temporarily away from their home addresses because they were traveling or staying at a second home—for instance, “snowbirds” from northern states who spend winter months in warmer states.

“With patients and providers now much more used to telehealth than they were two years ago, and with interstate licensure waivers expired or expected to expire soon, the question of how to design longer-term licensure policies to facilitate interstate telehealth is urgent,” says Chad Ellimoottil, M.D., M.S., the study’s senior author and director of IHPI’s Telehealth Research Incubator lab. “Each state should prioritize this issue based on patterns of care among their residents.

“For residents of the District of Columbia and states such as Vermont, West Virginia, Wyoming and New Hampshire, 15% or more of in-person and telehealth outpatient visits occur with a clinician in another state,” explains Ellimoottil, who is an assistant professor of urology at Michigan Medicine. “For these areas, finding a permanent solution to the interstate licensure issue is essential. For states like California and Texas, interstate healthcare may be a lower priority because less than 2% of total outpatient care occurs across state lines.”

While the new study focused on people with traditional Medicare, Ellimoottil notes that additional analyses of data from people covered by Medicare Advantage, private insurance and Medicaid will be important going forward. Even if state licensure laws allow interstate visits, individual health insurance plans or health systems may not wish to cover or facilitate such visits.