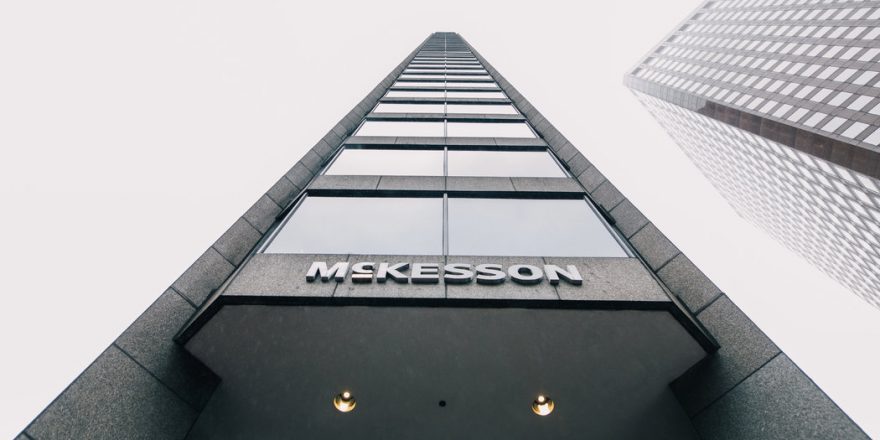 CLEVELAND — The nation’s three largest drug distributors and two manufacturers have agreed with multiple states on a framework for a deal to resolve thousands of opioid cases with a settlement worth nearly $50 billion in cash and addiction treatments, according to three people familiar with the negotiations.

The agreement would release AmerisourceBergen, Cardinal Health and McKesson Corporation, which together distribute about 90 percent of the country’s medicines, along with Johnson & Johnson and Teva, the Israel-based manufacturer of generic medicines, from a rapidly growing list of more than 2,300 lawsuits that they face in federal and state courts.

Cities and counties across the country are not yet satisfied with the deal, sai.

These people cautioned that details could change and the deal could still fall apart. The companies either did not return messages or declined to comment.

Some of the largest drug makers, pharmacy chains and distributors have been fighting with plaintiffs for nearly two years, as the nation searches for accountability for one of the worst public health crises in America’s history.

The parties are under extreme pressure to reach a deal by Monday, when opening statements are set to begin in the first federal trial to determine responsibility for the opioid epidemic, which has led to 400,000 deaths in the United States over the past two decades.

The three drug distributors and Teva are defendants in the first trial, brought by two Ohio counties. With thousands of similar governmental lawsuits on the national runway, the Ohio suit is considered an important showcase that will test the strength of both sides’ witnesses and legal arguments before 12 jurors.

The drug distributors are not nearly as well known as some of the other corporate players implicated in the opioid crisis, like Purdue Pharma, whose misleading marketing of the drug OxyContin is thought to have set off the epidemic. But the distributors are bigger and richer than the manufacturers — all three are among the top 20 companies in the United States by revenue — and numerous lawsuits have pointed to evidence that they routinely evaded regulators and helped pharmacies and manufacturers circumvent limits on orders of opioid painkillers.

In New York State alone, the distributors sold 1.6 billion oxycodone pills to pharmacies between 2010 and 2018. It was distributors, said the office of Attorney General Letitia James of New York, who “jammed open the floodgates.”

The distributors have said they were simply delivering medication that was approved by the Food and Drug Administration and prescribed by doctors.

Pennsylvania, North Carolina, Tennessee and Texas are leading the settlement talks for the states, along with lawyers for thousands of cities and counties whose cases are in federal court.

According to people familiar with the talks, the combined value of the deal breaks down as follows: $20 billion to $25 billion in cash to be divided among the states and localities to help pay for health care, law enforcement and other costs associated with the epidemic; and another $25 billion to $30 billion in addiction-treatment drugs, supplies and delivery services.

Many details are still being debated, including the timetable for when the money would be paid, people familiar with the negotiations said.

Whether the amount will be considered sufficient by all the plaintiffs remains to be seen. A new report by the Society of Actuaries projects that the costs related to the opioid epidemic — including health care, child and family assistance programs, criminal justice activities and lost wages — will hit $188 billion in 2019 alone.

“It’s not an accident these offers are coming out on the eve of trial,” said Abbe R. Gluck, a professor of health policy and law at Yale Law School. “But I think the question will be if this number is going to be enough to get a sufficient number of local governments to sign on.”

People familiar with the talks said that a sticking point in the negotiations is how much money will go toward attorneys’ fees for the private lawyers who represent governments in the overwhelming majority of cases and work on contingency.

Those lawyers filed the first opioid lawsuits in 2014 and have since conducted hundreds of depositions and compiled many millions of documents.

This proposed deal is considerably larger than the tentative settlement negotiated by Purdue Pharma earlier this fall, not least because it involves five large companies instead of one. Under the Purdue agreement, Purdue’s owners, members of the Sackler family, would pay between $3 billion and $4.5 billion over seven years. The company would be restructured into a public corporation, with profits from drug sales going toward the plaintiffs. Purdue has also agreed to donate addiction-treatment medication.

The Purdue deal is being vigorously opposed by about two dozen states who contend that the Sacklers themselves are not paying enough money and have not yet fully disclosed how much they have earned from OxyContin sales.

On Wednesday, even as negotiations continued, jury selection was underway in the federal courthouse in Cleveland. Because the trial is expected to be heavily steeped in testimony about illegal drug use, addiction, crime and rehab, prospective jurors were interviewed in private in Judge Dan A. Polster’s chambers, so that lawyers could determine whether they had a glancing acquaintance with any of those topics.

The atmosphere in the courtroom was solemn and portentous, with lawyers proceeding exactly as if the trial will indeed begin on Monday, should talks collapse.

Johnson & Johnson recently settled with the two Ohio counties for about $20.4 million, but the company is named in many of the other suits, as well.

Many drug manufacturers and pharmacy chains also have been named as defendants in federal and state opioids cases, but they are apparently not involved in these negotiations.