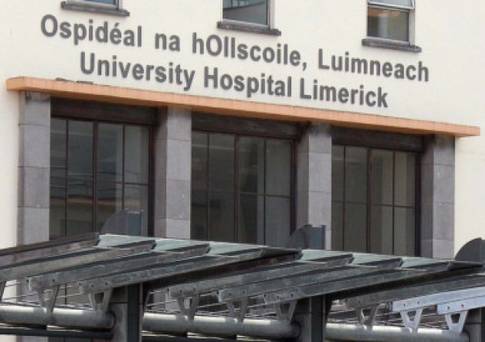 THE HSE awarded a €14m contract to extend the most overcrowded hospital in the country to the construction firm at the centre of a school building safety controversy – six months after those concerns became public.

The issues around structural faults in a number of schools, which were part of construction projects by Western Building Systems, first came to light last October and the matter has since escalated with the Minister for Education suing the Co Tyrone company in seven separate High Court actions.

Yesterday the University Hospital Limerick group confirmed HSE Estates awarded the tender for a 60-bed ward block to the company in May after starting an E-tenders procurement process in July 2018.

“The detailed criteria set out that the project would be a rapid build and, as such, specialist work of this nature would have precluded some contractors from bidding,” said a spokesman.

“The evaluation criteria for the tender required that the design-and-build contractor, their nominated design team and subcontractors met specifically selected stringent criteria for qualifications and experience; turnover and performance bond requirements; programme and resources and project quality execution plans.

“In addition, they were required to submit a detailed design, including specification and drawings which met the tender performance specification, exemplar design and approved statutory compliance certification.”

The extension to the hospital – which suffers the worst level of trolley crises winter and summer – is part of a €19.5m ward extension which will is scheduled to be completed in April 2020 and ready for the following winter.

Health Minister Simon Harris spoke to HSE Estates yesterday and was told there would be site supervision.

However, he said because of the rules around independent tendering he had no role in choosing the contractor.

The HSE confirmed the builder is not involved in constructing any other healthcare project.

It previously worked on Our Lady of Lourdes Drogheda and Beaumont Hospital, Dublin

The hospital group said the “60-bed Ward Block at University Hospital Limerick will be fully compliant with the building regulations.”

The HSE has appointed a technical advisor team who are supervising the contractor’s design and construction works and who ensure compliance with the contract requirements.

“In addition, the local HSE Estates staff, including engineers and clerk of works, will oversee and monitor the construction project.”

A spokeswoman for Western Building Systems said it is a 35-year-old business which “continues to be awarded and deliver important public and private contracts in Ireland and the UK.”

She said: “We note comments from the HSE last year when it stated ‘there are currently no safety concerns regarding the integrity of its buildings in relation to construction works carried out by Western Buildings Systems at this time.’

“We will work with the contracting authorities such as the HSE in respect of whatever structures they deem appropriate as we have also done up to this point in respect of the school building with the Department of Education.

“In parallel, we will continue to engage with the Department of Education to ensure the independent report it promised into the schools building programme is delivered with a firm deadline for the publication.”

The HSE said its technical advisor team will oversee the construction.

“It is very concerning that a company who is currently being sued by the Department of Education have been awarded the contract for the new ward at University Hospital Limerick,” Sinn Féin TD in Limerick Maurice Quinlivan told Independent.ie.

Fianna Fáil TD in Limerick Niall Collins agreed that the awarding of the contract was concerning and that the 60-bed ward has been a long time coming for the hospital.

He said the contract was obviously “a concern”.

“Limerick has been waiting way too long for a new ward and we need assurances that it’ll be built to standard and to specification.”