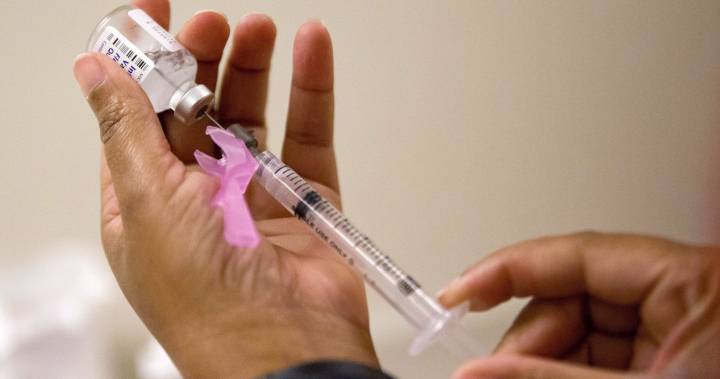 Alberta pharmacists and health-care workers are preparing for the upcoming 2019-2020 flu season.

Starting Oct. 21, people aged five and up will be able to receive the influenza vaccine at their local pharmacy.

“We’re anticipating a continued increase in the amount of patients we’ll be seeing.”

In July, Ontario’s health minister, Christine Elliott, said people should expect a more severe flu season this year due to conditions being seen in the southern hemisphere.

“Based on what’s happening in Australia, we sort of take a look at what’s likely to happen in Ontario,” Elliott said.

Watch below (July 17): Australia has seen more than 200 deaths this winter from a flu outbreak. Experts are concerned the virus could make its way to Canada.

“Any country in the southern hemisphere, they have their winter when we have our summer,” Prochnau said. “We can see some prediction of what’s going to be a problem in our flu season.”

According to the province’s Alberta Influenza Immunization Policy, last season at least 52 people died from the flu and nearly 2,000 Albertans were hospitalized.

“There are people that are high risk, but even the people at low risk, it’s important they get vaccinated to protect those around them,” Calgary pharmacist Randy Howden said.

Unfortunately for those hoping to avoid a needle, the nasal flu vaccine will not offered this year.

“There will be no nasal spray this year; it will just be the usual injection,” Howden said.

Outreach influenza immunization services for high-risk Albertans are expected to begin a week earlier, on Oct. 15.

Alberta Health Services is likely to release information on the upcoming flu season and public clinics in October.

~with files from Leslie Young