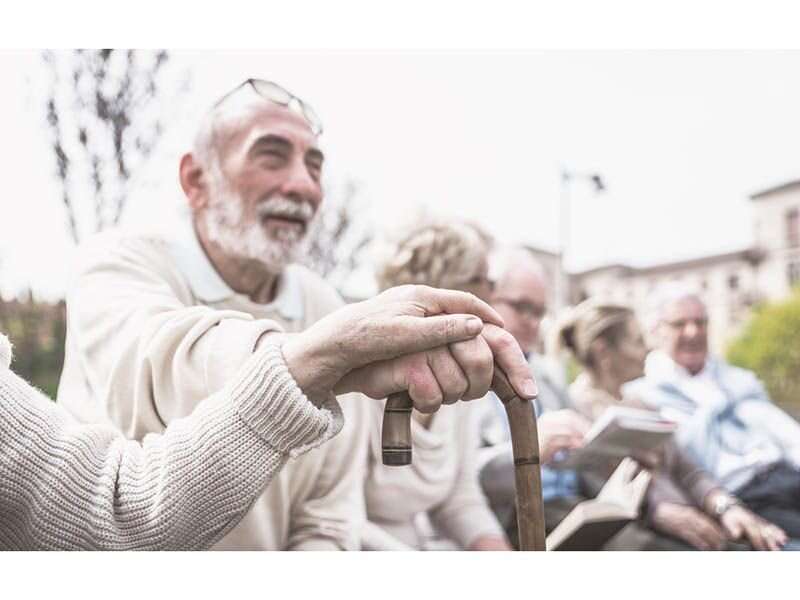 It’s never too late to start exercising—and the right activities might help you stay independent in your home.

While building healthy habits at an earlier age can have some long-term benefits, adding physical activity can help at all ages, new research suggests.

A new study found that physically frail elderly people with low muscle mass (sarcopenia) were able to reduce their level of “mobility disability” by 22% over three years, using a program that included specific changes to their exercise habits and diets.

The formula for success involved adding extra walking, along with strength, flexibility and balance exercises, to their daily routine. It also included increasing their protein intake, according to the paper published May 11 in the BMJ.

The findings confirm the value of structured physical activity in older adults living on their own, said Dr. Thomas Gill, author of an editorial accompanying the study.

“We hear time and time again that the most important objective that older persons will report is that they want to maintain their independence as they grow older, meaning that they don’t want to have to rely on others for accomplishing their day-to-day activities,” said Gill, a professor of geriatric medicine at the Yale School of Medicine.

Many of the activities that people want to maintain as they grow older, from managing the distance between parking space and grocery store and then walking while shopping in the store, require a certain level of mobility, Gill noted.

“When someone loses the ability to have independent mobility, that’s often a very powerful risk factor for subsequent poor outcomes, meaning that you may lose the ability to manage some more basic activities,” such as bathing and dressing independently, he explained.

Study co-author Dr. Emanuele Marzetti said as a geriatrician, he is sometimes concerned about overdiagnosis and overtreatment, but not so when the prescription is exercise.

“I think we have enough evidence to prescribe physical activity and optimal nutrition without running additional trials,” said Marzetti, from the Centre for Geriatric Medicine at Agostino Gemelli University Polyclinic in Rome, Italy.

Study participants included more than 1,500 men and women with an average age of 79 from 16 clinical sites in 11 European countries. About half received the exercise intervention. The others—the control group—received monthly education on healthy aging.

Participants wore an actimeter on their thighs to measure activity. All were followed for 36 months.

Physical performance scores improved more in the exercise group than in the control group after both 24 months and 36 months, researchers said.

Guidelines do exist to indicate how to prescribe physical activity, even for frail older people, Marzetti said, but they tend not to be addressed in medical school.

“We simply took those guidelines and adapted to the conditions we were studying. We didn’t do anything special. We did what should be done on a daily basis in a geriatric clinic or actually in the medical office as well,” Marzetti said.

As a society, Gill said an important way to make it more possible for seniors to walk would be to remove impediments to community mobility. This would include making neighborhoods safe to walk in by having protected walking paths or indoor paths.

Gill also suggested that a more abbreviated way to identify who might be at risk of losing independent mobility, rather than conducting a full battery of tests, would be to simply evaluate gait speed.