Home » Health News » France faces tough weeks ahead in its fight against the coronavirus, PM warns 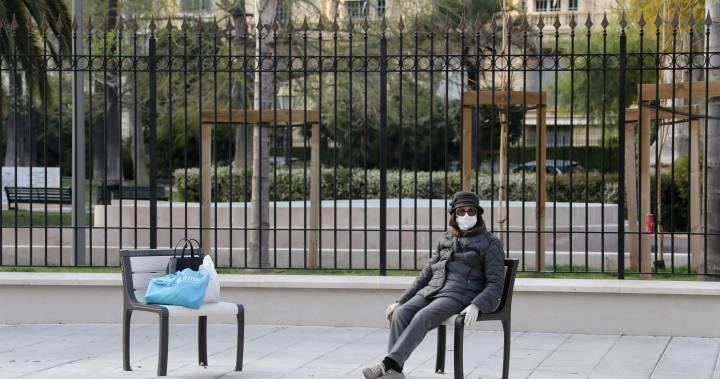 France faces tough weeks ahead in its fight against the coronavirus, PM warns

PARIS — The next two weeks will be the toughest yet in the fight against the coronavirus in France, Prime Minister Edouard Philippe warned on Saturday as his government raced to add intensive care beds and source protective gear.

The outbreak initially took hold in eastern France, where hospitals have become overwhelmed, and has been spreading west. Doctors in the greater Paris region have said their intensive care units will be full by the end of the weekend.

COMMENTARY: How Switzerland ended up with the second-highest coronavirus infection rate in the world

“We are fighting a battle that will take time,” Philippe said at a news conference. “The first two weeks of April will be harder than the two we have just lived through.”

To free up intensive care beds in worst-hit areas, the army and emergency workers were this weekend stepping up the transfer of patients to less-affected regions, using a military helicopter and a specially adapted train.

By Saturday, the coronavirus had claimed 2,314 lives in France, with more than 37,575 confirmed cases, according to official figures.

The government tally only accounts for those dying in hospital but authorities say they will be able to compile data on deaths in retirement homes from next week, which is likely to result in a marked increase in registered fatalities.

Veran said the government had ordered more than 1 billion face masks, most from China, to build up supplies, with the country using some 40 million every week during the crisis.

Hospitals have scrambled to add intensive car beds and cancelled non-essential operations. There were now 10,000 intensive care beds nationwide, double the capacity when the outbreak began, and another 4,500 were targeted, Veran said.

“We lack manpower,” Djillali Annane, head of intensive care at the Raymond Poincare hospital on the edge of Paris, told BFM TV.

Medical students are being drafted in to help ease the staffing crunch.

A decision would be taken in a week on a further extension of an unprecedented lockdown beyond April 15, the prime minister said. People in France can only leave their homes to buy groceries, go to work if essential or seek medical care.

“We will only be able to see the first signs of what impact the lockdown has had towards the end of next week,” Arnaud Fontanet of the Institut Pasteur told the same news conference.