Handling mail amid coronavirus: Low risk but wash your hands 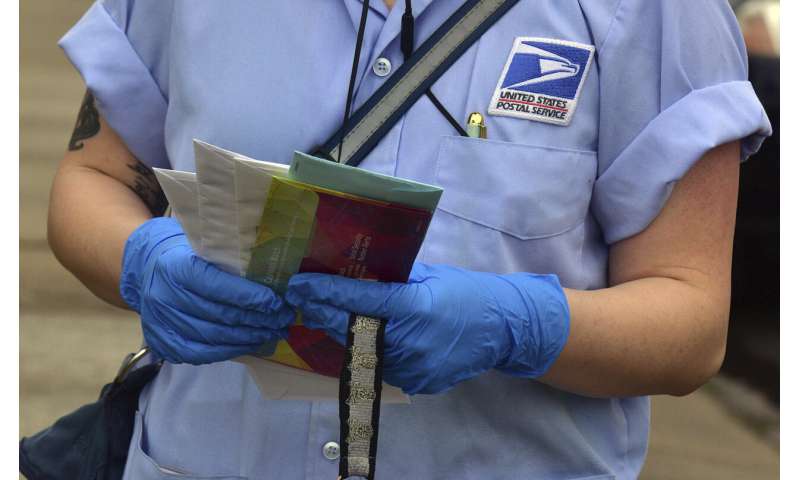 Is it safe to pick up your mail? How about those packages from your online orders? And how safe are the people we count on to make those deliveries?

Health experts say the risks are very low that the coronavirus will remain on envelopes or packages and infect anyone who handles them. But those making deliveries are taking steps to try to protect themselves, whether it’s no longer requiring signatures for packages or knocking on doors instead of ringing the doorbell.

Still, these are uncertain times, especially as many Americans staying home to reduce the spread of the virus rely more heavily on deliveries to avoid going to the store.

“It’s scary not knowing,” said Kathy Payne, a postal carrier for 30 years in Rockwood, Tennessee, about 70 miles (113 kilometers) north of Chattanooga. “Our biggest thing is the post office can’t get hand sanitizer, can’t get any supplies.”

One co-worker, she said, went on their own to a Walmart to stock up on 12 canisters of sanitizing wipes.

Payne delivers to more than 800 mailboxes each day. She said her post office constantly wipes down door handles and she sanitizes the large trays where the mail she will deliver is stored. 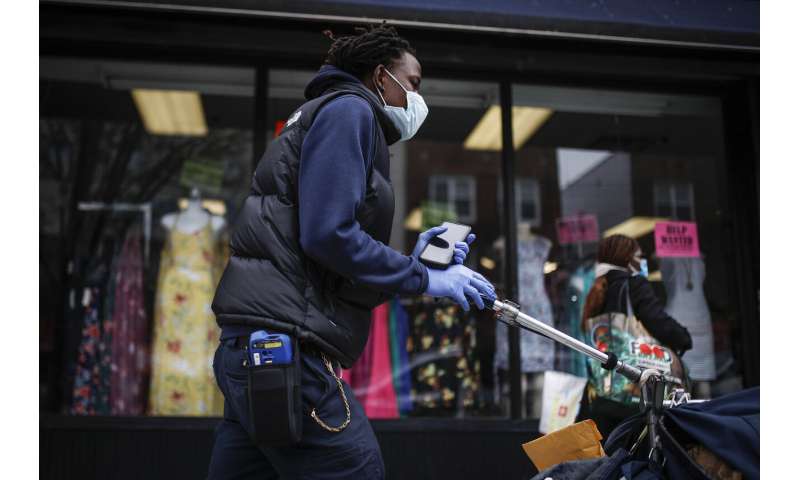 The Postal Service has provided her with plenty of gloves but not much disinfectant, so she brings a can of Lysol to spray down the trays and mail. She puts on one pair of gloves to sort through and pick up the mail, and then puts on a new pair when she gets into her vehicle. She constantly cleans her steering wheel throughout the day.

“We don’t know where they come from, who’s touched them,” she said of the letters and packages.

Tests led by U.S. government scientists found that the virus can live on cardboard for up to a day, but that was in a controlled lab situation and does not reflect what might happen in daily life or with other materials, such as envelopes, said Julie Fischer, a microbiologist at Georgetown University’s global health security research center.

In the real world, packages and envelopes face varying weather conditions that affect how long the virus can live on them, she said. Even if the virus was on the mail, it would need to make its way to your mouth or nose to cause infection. 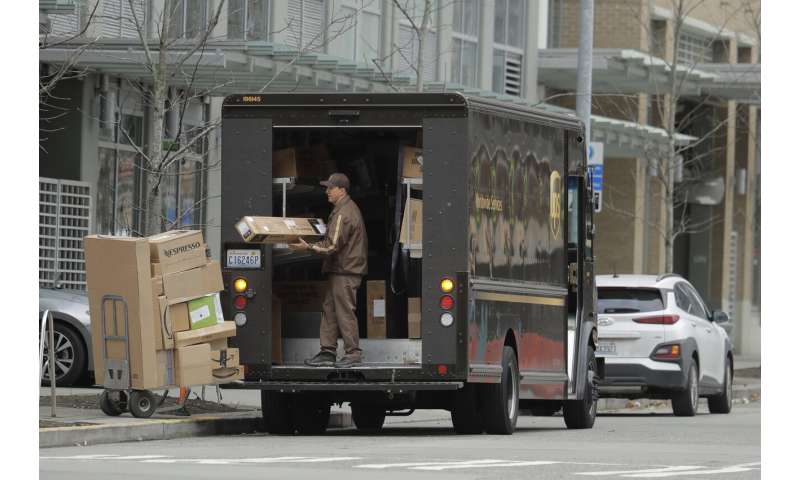 “As long as you wash your hands thoroughly and regularly after opening it and don’t touch your nose and mouth … that mail itself, that package, poses very little risk,” Fischer said.

But “postal workers are at risk because they are coming into contact with each other and the public,” she said. “The biggest risk is still exposure to an infected person.”

For most people, the new coronavirus causes mild or moderate symptoms, such as fever and cough that clear up in two to three weeks. For some, especially older adults and people with existing health problems, it can cause more severe illness, including pneumonia and death.

The U.S. Postal Service is keeping post offices open but ensuring customers stay at least 6 feet (2 meters) apart. It also is requiring appointments for passport applications. The agency said it is following guidance from public health experts, although there is no indication that COVID-19 is being spread through the mail. 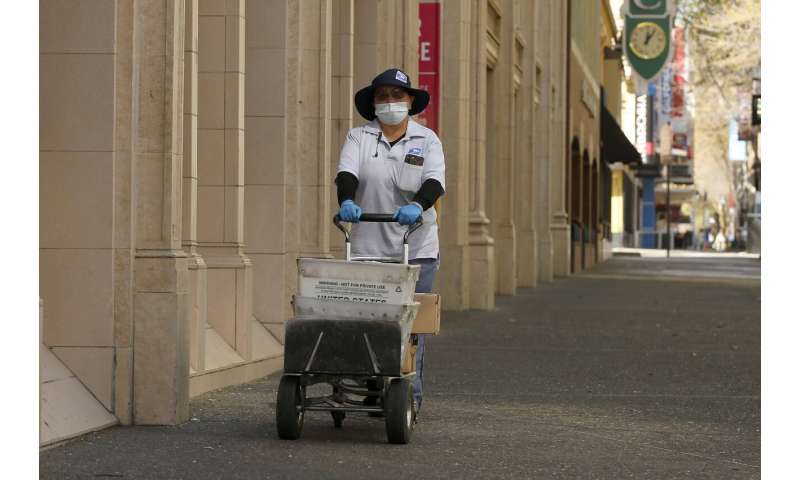 The National Association of Letter Carriers has advised its union members to avoid ringing doorbells and instead knock on doors—avoiding areas likely to have been touched by someone else—and to practice social distancing.

In a letter to its members Wednesday, union president Frederic Rolando said 51 postal employees had tested positive for COVID-19 so far and that nearly 2,000 were in quarantine. One postal carrier, a 50-year-old from New York, died of complications related to the virus, though it was not clear if he was infected on the job.

In hard-hit Italy, the postal service has scaled back services that require face-to-face interaction with customers but continues to deliver mail during the country’s lockdown. Many post offices have reduced their opening hours or shut down temporarily to reduce the risk of the virus spreading among customers and staff. 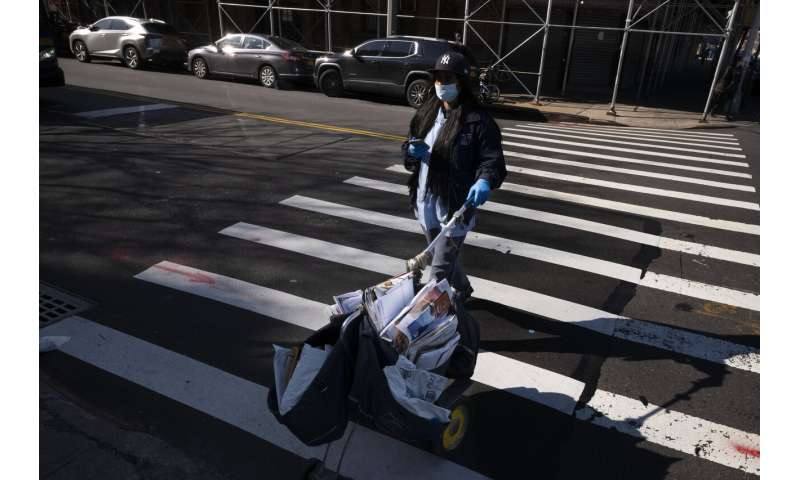 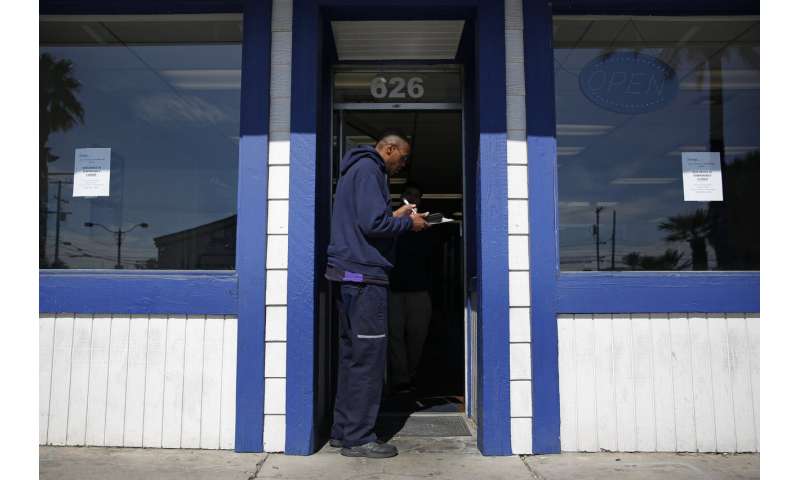 In the U.S., a Phoenix resident was so concerned about her mail carrier that she taped a bag with plastic gloves and a face mask to her mailbox, with a note saying, “Thank you for working!”

B. Jefferson Bolender said she saw him wearing a hat, sunglasses and a large bandanna over his face as well as work gloves.