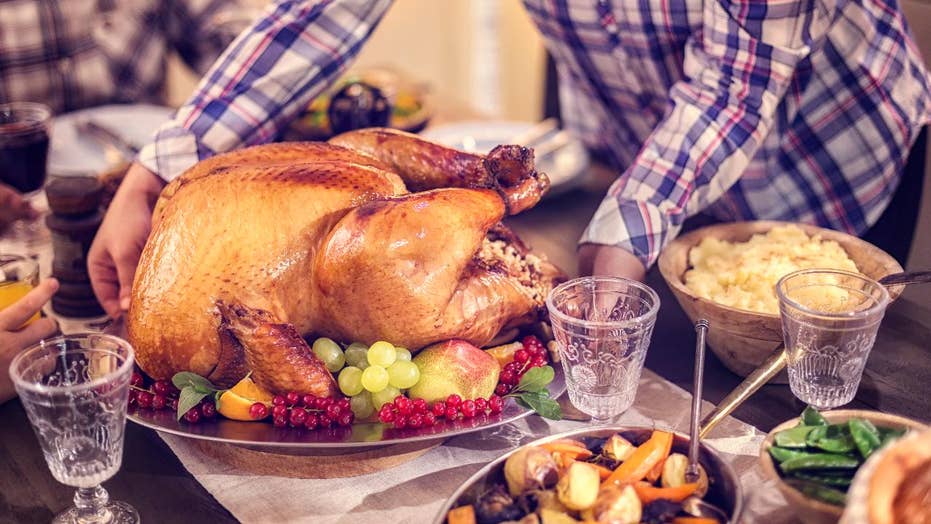 Before you sit down for your festive feast this Thanksgiving, amaze your guests with some fun turkey trivia. Here’s 5 things you probably didn’t know about Thanksgiving.

Whether this is your first time cooking the traditional meal or you’re a seasoned veteran, there are serious risks of consuming undercooked turkey meat — namely food poisoning caused the by Salmonella bacteria.

THANKSGIVING TRAVEL WILL MAKE THESE 10 AIRPORTS THE BUSIE

Read on for a look at some of the dangers and how you can prevent yourself and others from getting sick.

What are some of the health risks of eating undercooked turkey meat?

“The most common bacteria people tend to associate with undercooked poultry is Salmonella. However, poultry may also carry campylobacter, E. coli and other bacteria,” Dena Champion, a registered dietitian at The Ohio State University Wexner Medical Center, told Fox News.

Each year in the United States, roughly 1.2 million people are sickened by the Salmonella bacteria while an estimated 23,000 are hospitalized, according to the Center for Disease Control and Prevention (CDC).

The illness — which can cause diarrhea, fever, vomiting and abdominal cramps, among other side effects — is usually caused by eating or drinking foods contaminated with the Salmonella bacteria, according to Healthline. Roughly 1 million cases of Salmonella infections each year are caused by food, according to the CDC.

“Keep in mind that cross-contamination can put your family at risk,” Champion warned.

“While thoroughly cooking your turkey is an important way to stay safe from foodborne illness, you may still become ill if the bacteria has made its way to other surfaces like cutting boards, counters, towels, etc.,” she added.

What is the temperature a turkey should be cooked to?

Despite popular belief, a turkey is not necessarily ready to come out of the oven if its juices are running clear, Ben Chapman, food safety specialist and assistant professor of food science at North Carolina State University, told Live Science.

“Color is not an indicator of safety or doneness," he warned.

How many days after Thanksgiving is it safe to eat properly-cooked meat?

“Keep in mind your leftovers should be stored properly. That means move leftover turkey to the refrigerator within two hours after eating. Otherwise, your leftovers are not safe to consume,” Champion said, reminding turkey lovers they should freeze anything that isn’t eaten within that time period.

“I encourage people to freeze the amount they will use in one meal for easy thawing later,” she added.

To prevent the growth of bacteria, the Food Safety and Inspection Service with the U.S. Department of Agriculture says meat should be placed in a fridge no more than two hours after its cooked.

If someone does get sick, what should they do?

Those sickened by the Salmonella bacteria will typically show symptoms of the infection “about 6-48 hours after consuming [infected food]," Champion said.

“Anyone who is concerned that they have contracted any foodborne illness should seek medical attention. Typically patients are able to recover without treatment, but keep in mind they may require IV fluids and/or antibiotics,” she said.