This is a Kaiser Health news story.

For the first time since passing the Affordable Care Act, Democrats will soon control the House of Representatives and its powerful health committees. But Republicans’ tightened grip on the Senate means those hoping for another round of dramatic, progressive reforms may be disappointed.

Empowered by voters outraged over Republican attempts to chip away at the law’s protections for the sick, Democrats owe much of their midterm takeback to health care issues. And Democratic leaders say they are ready to get back to work, this time training their sights on skyrocketing drug prices, among other policy conundrums, with a majority of House votes and a slate of new committee chairmanships in hand.

In a few weeks, House Democrats will meet to elect their leaders, including several committee chairs who will be responsible for the nation’s health care policy and spending in the coming years. Hill denizens expect those currently serving as the top Democrat on most House committees to ascend to the chairmanships, with few if any members mounting serious challenges.

Those basking in a post-“blue wave” glow would do well to temper their expectations, recalling that the Republican-controlled House had already voted 54 times to unravel some or all of the Affordable Care Act by its fourth birthday in 2014. In most cases, Democrats in the Senate and White House stopped those efforts in their tracks.

With the Senate (and the presidency) remaining under Republican control and even fewer moderate Republicans left in the House after this election, Democrats will struggle to move legislation without Republican support. What they can do is hold hearings, launch investigations and generally unnerve the pharmaceutical industry, among other likely adversaries.

And there’s a chance they could strike a deal with President Donald Trump, whose administration is moving to crack down on drug companies.

Who are the members most likely to wield the gavels? And what will they do with that power? Here’s a look at some of the major committees that influence health policy — and the people who may lead them.

Pallone, who has served in the House for 30 years, became the top Democrat on this influential committee in 2015. Should he become chairman, he would be responsible for the broadest health portfolio in the House, which includes Medicaid, public health, insurance and drug safety. This is the committee that marked up the Affordable Care Act in 2009 (when Pallone chaired the health subcommittee) and the House Republican repeal effort in 2017.

Under the Trump administration, Pallone has touted his stewardship of bipartisan legislation reauthorizing the fees charged to manufacturers to review the safety of prescription drugs and medical devices. He has also called for hearings on “mega-mergers” like the proposed merger between CVS and Aetna and worked with other Democrats to counter Republican attempts to undermine the Affordable Care Act.

Unsurprisingly, his influence over health care issues has attracted a lot of money from pharmaceutical companies, health professionals, HMOs and other industry players. By mid-October, Pallone had received more than $945,000 in campaign contributions from  the health sector for this election, according to the Center for Responsive Politics. According to a KHN analysis, nearly $170,000 came from political action committees associated with pharmaceutical companies.

Cummings could prove the pharmaceutical industry’s biggest headache come next year. Having served as the committee’s ranking member since 2011 — a post that lacks the chairman’s subpoena power — he has been champing at the bit to hold drugmakers accountable. 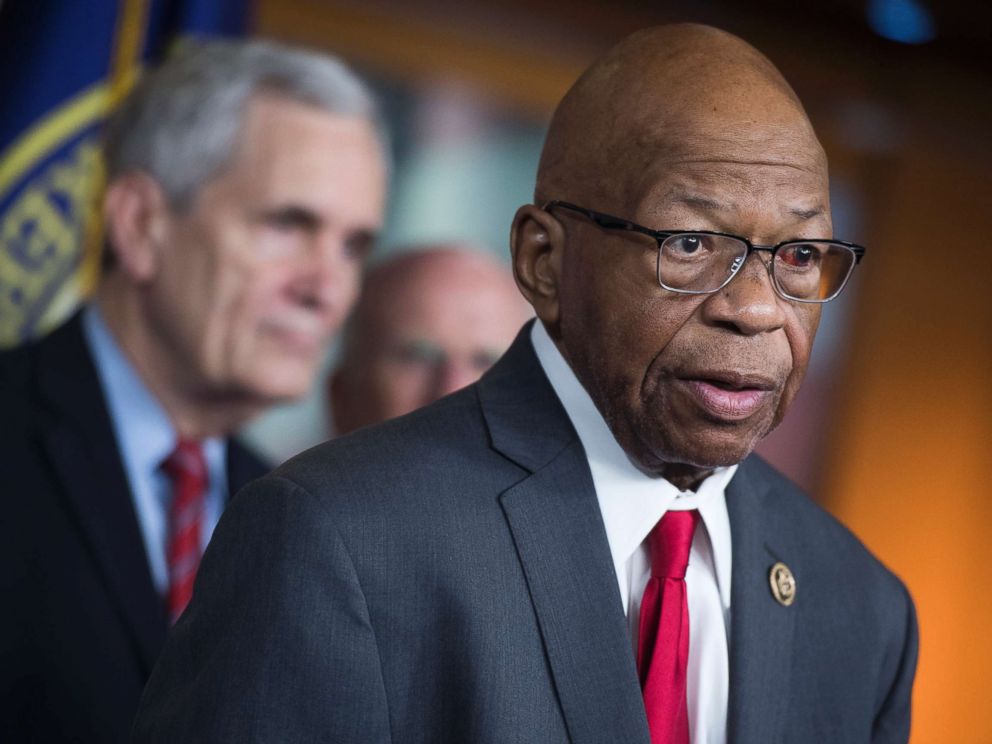 Shortly after Trump’s inauguration, Cummings approached him about working together to lower the cost of prescription drugs (to no immediate avail), and he has partnered with other lawmakers to demand information from pharmaceutical companies about their drug pricing strategies. Previewing what a Cummings-led committee might look like, he has even launched his own investigations into drug costs, releasing reports with his findings.

Drugmakers have wasted few campaign contributions on Cummings: He has received just $1,000 from their PACs this election, according to data analysis by KHN.

In a statement to Kaiser Health News, Cummings said Democrats would conduct “credible, responsible oversight” of the Trump administration, adding: “For healthcare, that means investigating skyrocketing prescription drug prices, actions that would threaten protections for people with preexisting health conditions, and efforts to undermine the Medicaid program.”

The Committee on Ways and Means: Rep. Richard Neal, Massachusetts

Ways and Means oversees Medicare and influences health policy through its jurisdiction over taxes. Though Neal became the top Democrat on this committee in 2017, he has been involved in health care much longer, having played a part in the crafting of both the Affordable Care Act and the failed reform effort under the Clinton administration in 1993.

Facing a primary challenger who touted her support for “Medicare-for-all” in his deep-blue district, Neal denied that he opposes the progressive single-payer proposal. But he also said Democrats should focus on shoring up the Affordable Care Act, particularly its protections for those with preexisting conditions and caps on out-of-pocket expenses. (He won handily.)

The health sector was by far one of the top contributors to Neal’s re-election campaign this year, giving more than $765,000, according to the Center for Responsive Politics. Neal’s district includes the headquarters of several health insurers and other medical companies, which makes him a prime target for campaign contributions.

If chosen, Lowey would become the first woman to chair the powerful House Committee on Appropriations, holding the nation’s purse strings.

Like Neal and Pallone, Lowey was first elected to Congress in 1988, and she became the committee’s top Democrat in 2013. She has been a dedicated and effective advocate for investing in biomedical research into major diseases like diabetes and Alzheimer’s, as well as public health programs like pandemic preparedness.

She has also long championed women’s health issues, proving a vocal critic of the Trump administration’s proposed gag rule on Title X funding, among other policies. Watch for her to continue to push back on the administration’s efforts to restrict access to abortion rights.

And on the Senate side, the Committee on Finance: Sen. Chuck Grassley, Iowa?

The rumor mill favors Grassley, the Republican who has served most recently as the chairman of the Senate Committee on the Judiciary, to replace retiring Sen. Orrin Hatch (R-Utah).

Senate Republican leaders have signaled that entitlement programs like Medicare and Medicaid could use trimming and, with Republicans emerging from the midterms with a slightly bigger majority, this committee could have its hands full.

Hatch proved a friend to the pharmaceutical industry, and his war chest reflected that, taking in more than $850,000 in campaign contributions from drugmaker PACs in the past decade alone, according to a Kaiser Health News analysis. But Grassley has taken a more adversarial approach to the industry, working with a Democratic colleague last summer to pressure drug companies to list their prices in direct-to-consumer ads, for instance.

Grassley held the chairmanship from 2003 to 2006, leaving him two more years at the top, should he want it. (Senate Republican chairs may serve for only six years.) But he might choose to stay on as head of the Judiciary Committee, in which case the next chairman may be the next-most-senior Republican: Sen. Mike Crapo of Idaho.

Kaiser Health News is a nonprofit news service covering health issues. It is an editorially independent program of the Kaiser Family Foundation, which is not affiliated with Kaiser Permanente.