How gut bacteria influence the effects of cocaine in mice 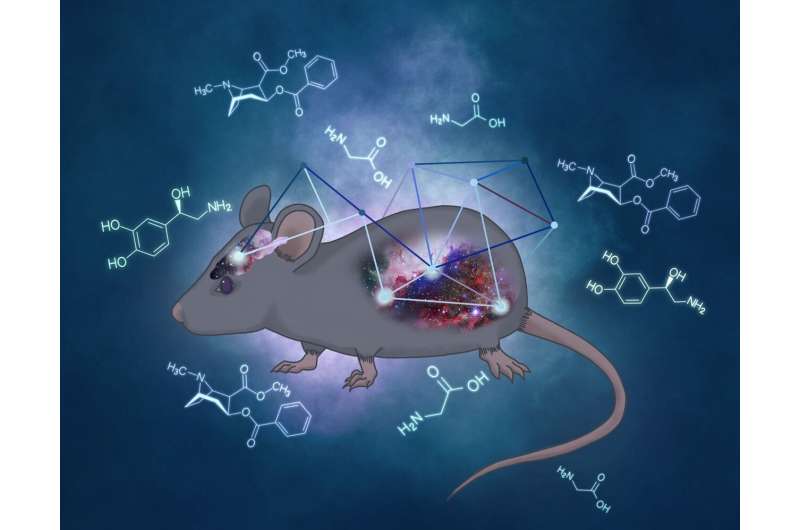 Common gut bacteria can enhance the effects of cocaine in mice, researchers report November 1 in the journal Cell Host & Microbe. Their study demonstrates how cocaine use supports the growth of the bacteria, which in turn eat up a chemical, glycine, that contributes to normal brain function. As levels of glycine become depleted, mice exhibit a higher response to the drug with behavior abnormalities, such as significantly increasing drug-induced locomotion and seeking behaviors.

Additionally, by supplementing glycine back systemically or using a genetically modified bacteria that cannot use glycine, the response of the mice to cocaine falls back to normal levels, demonstrating that this amino acid can act as an addiction-like behavior mediator in animal models.

“I was interested in the gut-brain axis, and I found it very new and exciting,” says first author Santiago Cuesta a neuroscientist at the University of Wisconsin School of Medicine and Public Health.

Cuesta and colleagues found that when cocaine enters the gut of the mice, it triggers the activation of the QseC protein that aids in the growth of γ-proteobacteria, such as E. coli. These bacteria, fueled by glycine, outcompete the normal gut bacteria that already exist in our digestive tracks, taking up most of the space and resources.

“The gut bacteria are consuming all of the glycine and the levels are decreasing systemically and in the brain,” says senior author Vanessa Sperandio, a microbiologist from the University of Wisconsin School of Medicine and Public Health. “It seems changing glycine overall is impacting the glutamatergic synapses that make the animals more prone to develop addiction.”

“Usually, for neuroscience behaviors, people are not thinking about controlling the microbiota, and microbiota studies usually don’t measure behaviors, but here we show they’re connected” says Cuesta. “Our microbiome can actually modulate psychiatric or brain-related behaviors.”

“I think the bridging of these communities is what’s going to move the field forward, advancing beyond correlations towards causations for the different types of psychiatric disorders,” says Sperandio.