Home » Health News » How to get rid of visceral fat: Three drinks to help you reduce the dangerous belly fat 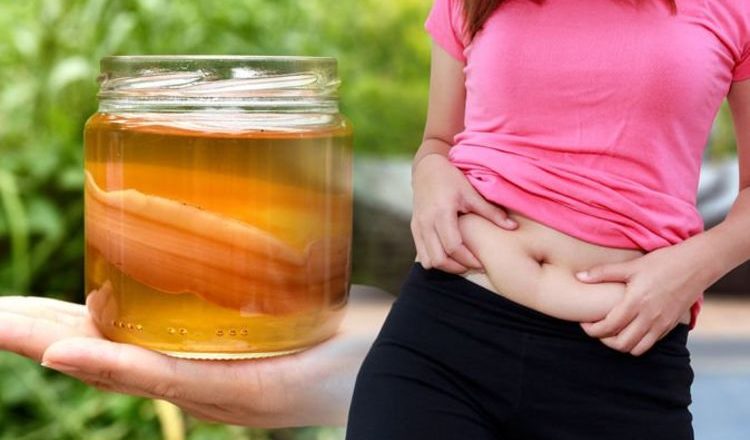 How to get rid of visceral fat: Three drinks to help you reduce the dangerous belly fat

Visceral fat is considered dangerous to a person’s health because it’s stored in the abdominal cavity next to many vital organs, including the liver and intestines. If a person has too much visceral fat, they become at increased risk of serious health problems developing, such as type 2 diabetes and cardiovascular disease. So what can be done to reduce it? A diet high in saturated fat can lead to visceral fat build-up so making changes to what you eat and drink is important. When it comes to the best drinks to get rid of visceral fat, three have been proven effective.

When it comes to the best drinks to get rid of visceral fat, three have been proven effective – green tea, apple cider vinegar and kombucha

Green tea contains caffeine and the antioxidant epigallocatechin gallate (EGCG), both of which have been found to boost metabolism.

EGCG is a catechin, which a number of studies has also suggested may be effective in losing belly fat.

The effect may be strengthened when green tea consumption is combined with exercise.

Alongside yoghurt, kefir and kimchi, kombucha is classed as a probiotic which contains beneficial types of bacteria.

As well as gut health and enhanced immune function, researchers have found different types of bacteria play a role in weight regulation and having the right balance can help with weight loss, including belly fat loss. 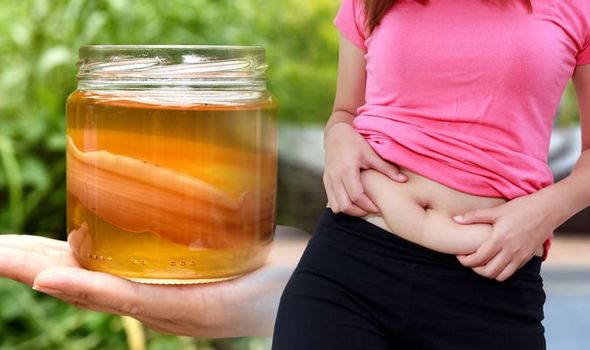 Not all kombucha contains this bacteria, so it’s always worth checking.

Drinking apple cider vinegar has been found to hold a host of benefits from lowering blood sugar to fat loss.

Its acetic acid content has been shown to reduce abdominal fat storage in a number of animal studies.

In a 12-week controlled study in obese men, those who took one tablespoon of apple cider vinegar per day lost half an inch from their waists.

Taking one to two tablespoons of apple cider vinegar per day is considered safe for most people and may lead to moderate fat loss. 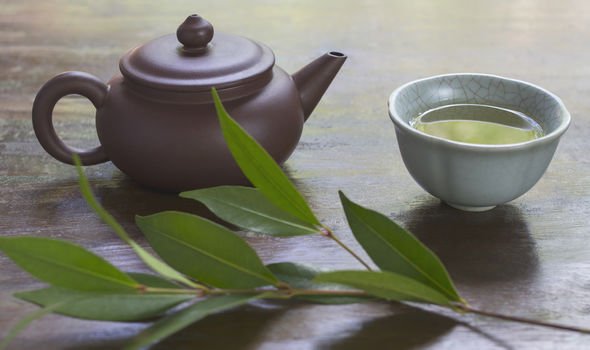 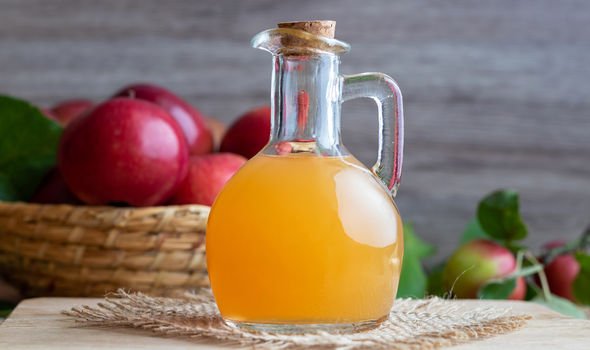 But before drinking apple cider vinegar it’s important to dilute it with water, as undiluted vinegar can erode the enamel on teeth.

As an overall diet to follow, experts recommend a low-carb diet.

In an eight-week study involving 69 overweight men and women, scientists found people who followed a low-carb diet lost 10 per cent more visceral fat and 4.4 per cent more total fat than those on a low-fat diet.

One low-fat diet to consider, which has also been found to help get rid of visceral fat is the keto, or ketogenic, diet.

When it comes to the best exercise to lose visceral fat, researchers have found aerobic exercise to be most effective.