Home » How your tears may soon help save your life

How your tears may soon help save your life

How your tears may soon help save your life: From diabetes to cancer and dementia, scientists are developing surprising new ways to spot illnesses early

Here’s a good reason to start crying with happiness: your tears could soon save your life by providing an early warning of cancer, diabetes and autoimmune disease.

In future, they may even predict your risk of developing Alzheimer’s.

And tears are not the only bodily secretions that are being used in a new generation of painless diagnostic tests. Scientists say we can also use earwax, sweat and nasal mucus to detect everything from depression to gout.

These newly developed ways to test us for serious conditions could prevent patients from having to endure trial by needles or scanning machines. 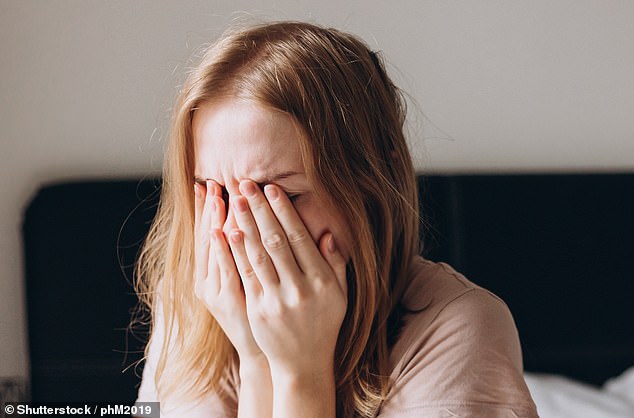 Take tears — more than mere salty water, the moisture in our eyes contains precious traces of tell-tale chemicals circulating in our bodies. These can be used as markers of illness.

Engineers at Kobe University in Japan are developing a device that uses tears to detect breast cancer quickly and easily. The tears are collected with a strip of paper and then placed in a scanner that examines them for exosomes, particles that act as couriers between cells, carrying material such as genes and proteins. For example, if they have come from a cancer cell, they will be carrying mutated genes and proteins.

The researchers, writing in the Journal of the American Chemical Society last year, revealed that they had successfully developed computer-chip technology that found exosome biomarkers of breast cancer in volunteers’ tears.

‘Tear samples can be easily self-collected using a strip of filter paper,’ says Professor Toshifumi Takeuchi, the medical device engineer who led the study. ‘Using tears may greatly reduce the costs of testing and allow much faster detection of cancer malignancies than mammograms can currently provide.’ The device may become available next year.

Meanwhile, another team of scientists, at Tokyo University, is using tears to help people with diabetes monitor their blood sugar without finger-prick tests. 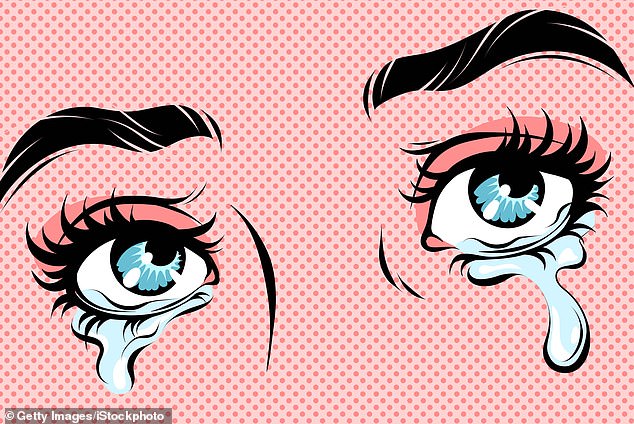 Scientists announced in February that they can use tears to test for Sjogren’s syndrome, where the immune system mistakenly attacks glands that produce fluids such as tears and saliva

In a study of 100 people with type 2 diabetes, they showed that the levels of glycoalbumin (a modified protein which reflects the average blood glucose levels over the preceding two weeks) in tears correlated with the levels in blood.

The lead researcher, Dr Masakazu Aihara, told the European Association for the Study of Diabetes last September that they are now fine-tuning their system for commercial use.

And scientists announced in February that they can use tears to test for Sjogren’s syndrome, where the immune system mistakenly attacks glands that produce fluids such as tears and saliva. It also often affects mucus-secreting glands in the lungs, and can cause inflammation in the kidneys and nervous system.

Arthritis Research UK estimates that up to half a million people in the UK have Sjogren’s (typically women, possibly because women’s bodies regulate inflammation differently). Recent studies have shown that Sjogren’s also harms a process called autophagy, where our cells clear out damaged components.

Now scientists at Seoul National University in South Korea have reported that the amount of ATG5 (a protein involved in autophagy) in tears may help diagnose Sjogren’s in those with dry-eye symptoms with greater accuracy than standard diagnostic tests, such as blood tests and skin biopsies.

An accurate test is sorely needed: up to a third of Britons over the age of 64 suffer with clinically dry eyes, says the National Institute for Health and Care Excellence.

In a trial of 86 patients who had either Sjogren’s or dry eyes caused by something else, the ATG5 test was 98.4 per cent accurate, compared with standard test results, which ranged from 81.7 per cent to 50.8 per cent accuracy.

‘Tears contain many markers that may be used for diagnosing a broad array of some of our most common and devastating diseases,’ he says. These markers are often found in blood, but are much more easily obtained from tears.

Researchers are also developing teardrop testing for Alzheimer’s. Pioneers at Debrecen University in Hungary reported in the journal PLOS One in 2016 that people developing the disease seem to have tell-tale protein changes in their tears. Meanwhile, earwax may be an important tool for diagnosing and monitoring depression and conditions linked to stress.

For years, researchers have been checking levels of the hormone cortisol to do this — but it’s been difficult to find a fast and easy method. The most common technique is hair-sample analysis, but this can be inaccurate.

Now researchers at King’s College London have developed an earwax cortisol test. Not only is cortisol reliably built up in earwax, the wax itself effectively preserves it and resists bacterial contamination.

The lead researcher, Dr Andres Herane-Vives, has invented a self-sampling device similar to a cotton swab, but with a brake that stops it going too far into the ear and causing damage.

Tests on 37 volunteers, reported in the journal Heliyon in November, showed that earwax samples yield more cortisol than hair samples. The method may be cheaper, too.

Dr Herane-Vives is now setting up a firm, Trears, to bring his sampling device to market. He is also investigating whether it could be used to measure glucose levels in diabetics, and Covid-19 antibodies excreted in earwax.

Researchers from the U.S. and China, meanwhile, have developed a new wearable sensor that uses sweat to detect gout-causing compounds. The thin device contains a laser-etched chemical sensor that identifies uric acid — high levels of which lead to gout — at concentrations much lower than blood or urine tests can detect.

Doctors used the sensor to monitor gout patients 24/7. When levels of uric acid rose sufficiently to threaten a painful attack, the patient could take preventive anti-inflammatories in good time.

The developer, which reported its success in the journal Nature Biotechnology two years ago, is now refining the sensor so that it continuously monitors for signs of cardiovascular disease, diabetes and kidney disease.

The only common secretion that scientists aren’t currently studying for diagnostic potential is our nasal mucus. But we’re missing a golden opportunity, according to Dr Robert Henkin, who heads Washington D. C.’s Taste and Smell Clinic in America.

In 2006, Dr Henkin published a paper reporting that nasal mucus contains endoglin, a protein also found in blood that is used to detect the onset of pre-eclampsia, which causes high blood pressure during pregnancy. Mucus also contains the protein D-dimer, used as an early warning sign of blood clots in heart disease patients.

Dr Henkin wrote: ‘A nasal swab test could use nasal mucus, independent of blood tests, as an inexpensive, safe device to screen patients worldwide to avoid development of these disorders.’

Medicine has ignored this call. Despite delving into tears, sweat and earwax, it seems that modern medicine is still not ready to pick our noses.

Secrets of an A-List body: How to get the enviable physiques of the stars

Salma Hayek dazzled at the Golden Globe Awards this year, wearing a scarlet gown that accentuated her waist

Salma Hayek dazzled at the Golden Globe Awards this year, wearing a scarlet gown that accentuated her waist.

The 54-year-old actress says she has little time for the gym, but practises restorative yoga (holding traditional positions for longer periods) with a teacher.

‘She taught me how to tone [my muscles] without clenching them,’ says Hayek.

‘You relax them and focus on the parts that need to be used, but never with tension.’

What to try: A dynamic side twist. Start on all fours and transfer your weight to your right knee.

Raise your left hand to the ceiling, arm straight, and rotate your trunk to the left while straightening your left leg behind you.

Pause for three seconds, then return to the start and repeat on your right side.

Repeat six to eight times on each side, up to five days a week.

Metformin has been used mostly to treat type 2 diabetes, as it reduces the amount of sugar produced by the liver and increases the body’s sensitivity to insulin.

However, scientists have found that it can also restore cells in rats and mice to healthier and ‘younger’ states.

It does this by imitating the effects of fasting, which can regenerate a substance called myelin — a protective coating that forms around nerve fibres. Now a human trial is under way, where participants are taking the diabetes drug along with a hayfever drug, clemastine, with results being compared to a group taking a placebo.

It is hoped such research might help people with multiple sclerosis (MS), where the myelin is damaged, causing problems with communication between the brain and the body.