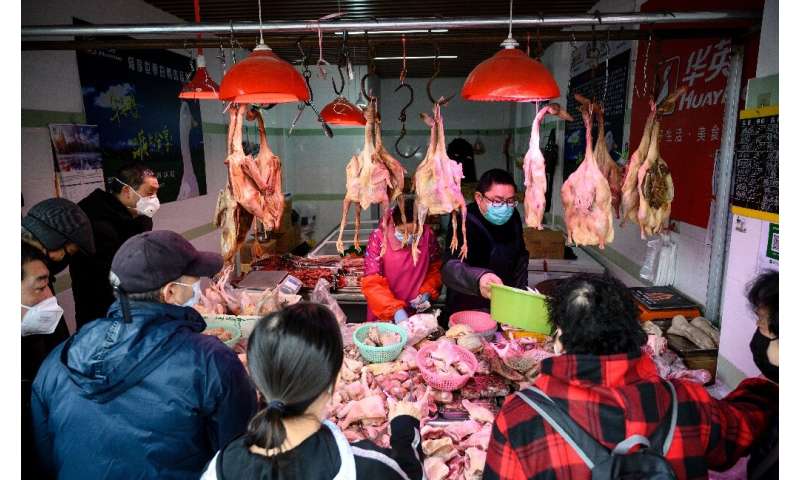 Diseases such as the COVID-19 pandemic sweeping the globe could become more common as human activity destroys habitats and forces disease-carrying wild animals into ever-closer proximity with us, a major study showed on Wednesday.

Illegal poaching, mechanised farming and increasingly urbanised lifestyles have all led to mass biodiversity loss in recent decades, devastating populations of wild animals and increasing the abundance of domesticated livestock.

Around 70 percent of human pathogens are zoonotic, meaning they at some point make the leap from animals to humans as with COVID-19.

US-based researchers looked at more than 140 viruses known to have been transmitted from animals to humans, and cross-referenced them with the IUCN’s Red List of endangered species.

They found that domesticated animals, primates, bats and rats carried the most zoonotic viruses—around 75 percent.

But they also concluded that the risk of spillover from animal to human populations was highest when a species is threatened by over-consumption and habitat loss.

“Our data highlight how exploitation of wildlife and destruction of natural habitat in particular, underlie disease spillover events, putting us at risk for emerging infectious diseases,” said Christine Johnson, from the University of California’s School of Veterinary Medicine, lead author of the research.

Last year the United Nations panel on biodiversity warned that up to one million species faced extinction as a result of human activity.

Deforestation, in particular, is placing increasing pressure on wild mammals, which struggle to adapt to dwindling habitats.

And as we encroach further on their territory, wild animals are being forced into increasing contact with humans, heightening the risk of another COVID-19.

“We alter the landscape through deforestation, conversion of land for growing crops or raising livestock, or building up communities,” Johnson told AFP.

“This also increases the frequency and intensity of contact between humans and wildlife –- creating the perfect conditions for virus spillover.”

Scientists are still trying to pin down the species that passed COVID-19 to humans—suspects include bats and pangolins, both considered delicacies in China, where the outbreak emerged.

Conservationists have called for a global ban on wildlife trading in the wake of the pandemic and China has prohibited the consumption of wild animals.

Greenpeace on Wednesday urged the European Union to push for a worldwide ban “in order to protect public health and biodiversity across the globe”.

The study, published in the journal Proceedings of the Royal Society B, also showed the prevalence of zoonotic disease in animals that are mass-produced for agriculture.