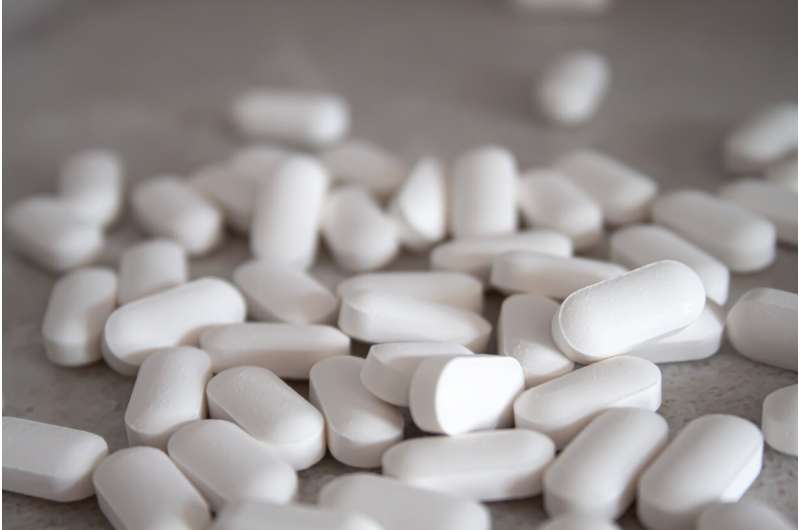 Roberta Ness is on a mission to warn pregnant people to use less acetaminophen.

The epidemiologist who helped convince jurors that baby powder likely causes ovarian cancer is now equally convinced of the dangers of frequent acetaminophen use during pregnancy.

Most researchers think the science isn’t yet conclusive, but Ness doesn’t want to wait.

“I believe that acetaminophen is a cause of autism and ADHD,” said Ness, former dean of the University of Texas School of Public Health and a leading voice in women’s health research. “That is a very big thing for an epidemiologist to say.”

More than two dozen studies around the world have linked a pregnant person’s frequent use of acetaminophen—brand name Tylenol—to autism and attention deficit hyperactivity disorder in their child. Lawsuits are pending.

As many as two-thirds of pregnant people take acetaminophen, the painkiller deemed safest during pregnancy. Roughly 10% take it for more than a month. Data suggests a “dose response”—meaning the more acetaminophen someone takes during pregnancy, the higher their risk of having a child with autism or ADHD.

“I’m not saying that acetaminophen is now the cause (of autism and ADHD). I’m saying that it’s a cause,” she continued. “This is our first opportunity to find an exposure that may be preventable and may be a cause.”

Studies so far have either been small, which makes it hard to say much about autism, which affects just 2% of children, or have had other weaknesses.

“The epidemiological data suggest that acetaminophen during pregnancy might be associated with increased risk of an autism or ADHD diagnosis,” Dawson said via email.

“I believe the best advice for pregnant women is to minimize exposure by using the lowest effective dose for the shortest possible time and talk to their physician because everyone has a unique medical situation which can influence medical decisions.”

A committee of the Society for Maternal-Fetal Medicine, a 5,000-member nonprofit, determined in 2017 that “the weight of evidence is inconclusive” linking acetaminophen use in pregnancy to neurological conditions in childhood.

“The SMFM Publications Committee continues to advise that acetaminophen be considered a reasonable and appropriate medication choice for the treatment of pain and/or fever during pregnancy,” the report concluded.

The Food and Drug Administration arrived at a similar conclusion two years earlier.

Dr. Andrea Edlow, an obstetrician and director of obstetric research in the Massachusetts General Hospital department of Ob/Gyn, agrees with her professional organizations.

“I think it’s a nuanced area,” Edlow said via email.

People need to have an option for pain relief during pregnancy, she said. While there may be suggestions that acetaminophen could be problematic, there is no question about the harms from other pain relievers.

Not surprisingly, Johnson & Johnson, which makes Tylenol, considers it safe.

“The health and safety of the people who use our products is our top priority,” according to a company statement, which also advises people who are pregnant or breast-feeding to consult their health professional before using adult Tylenol.

“We continuously conduct comprehensive evaluations of the latest data and are not aware of any conclusive evidence that supports a causal link between acetaminophen use during pregnancy and fetal developmental issues.”

Ness, a scientific consultant for Autism Justice, a group preparing to file suit against manufacturers, reads the data differently—seeing enough to justify concerns.

If recent studies are right, she said, roughly 20% of children diagnosed with autism or ADHD were exposed to high levels of the painkiller while in utero. Genetic vulnerability also is a factor, which is why acetaminophen use doesn’t always lead to neurological differences, she said.

But about 1 out of 7 children who develop autism today might have been able to avoid the diagnosis if they hadn’t been exposed to acetaminophen in utero, Ness estimates.

More than 90 American and European scientists were so concerned about the potential link between acetaminophen and neurodevelopmental conditions that they signed a consensus statement last year, warning pregnant people to minimize their use of the drug and calling for more research to confirm the relationship.

“We recognize that limited medical alternatives exist to treat pain and fever; however, we believe the combined weight of animal and human scientific evidence is strong enough for pregnant women to be cautioned by health professionals against its indiscriminate use, both as a single ingredient and in combination with other medications,” they concluded. “Packaging should include warning labels including these recommendations.”

One of the authors on that statement, Ann Bauer, an autism researcher at UMass Lowell, said it’s clear that some acetaminophen use is needed, for instance, to bring down a fever. But many of the 65% of pregnant people taking the drug may be able to do something else instead.

“They’ve been told for so long that it’s perfectly safe that they take it without a lot of thought,” Bauer said. “I have to think there’s some minor discomfort and nuisance-type pain that there has to be some other non-medical ways to treat.”

Ness is concerned that the consensus statement, released during the pandemic, didn’t receive a lot of public attention. So now, she’s taking it upon herself to warn people.

She said it wasn’t easy to decide, as a scientist, to come out as an advocate. But she thought the lack of pain relief would be a relatively minimal consequence compared to the benefit of slowing acetaminophen use during pregnancy.

“Maybe the good is that children are prevented from developing autism and the federal government decides to fund alternative medicine research around” pain relievers during pregnancy, she said.