Home » Health News » Lego for adults? It COULD help you build a wall against anxiety

Lego for adults? It COULD help you build a wall against anxiety

Lego for adults? DR MICHAEL MOSLEY says it really COULD help you build a wall against anxiety

Parents feel stressed as many as six times daily thanks to the demands of young children, according to a recent study. It’s hardly a surprising statistic. But mounting scientific evidence also shows that taking a leaf out of our kids’ books could help us cope better.

Believe it or not, rock-climbing, singing and building houses out of Lego are all said to be effective for easing symptoms of anxiety and depression in adults.

The news comes in perfect time for Lego’s brand new range created especially for adults – called Forma – expected to hit shelves before Christmas. But can plastic blocks really help combat the ever-growing problem of stress and mental ill health? Or is it merely clever marketing? 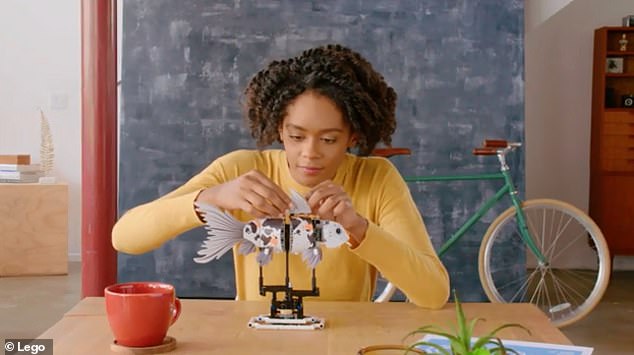 Brain teaser: Putting together one of the new Lego Forma models, designed to test adults

HOW SERIOUS PLAY CAN BUILD A BETTER MIND

Lego are marketing their adult kits as a way of escaping from everyday pressures. ‘Building with Lego bricks reduces stress and improves your wellbeing. It’s zen in a brick,’ or so they claim in a new advert.

Lego have obviously identified two important modern trends: one is a desire for pastimes which allow us to use our hands as well as our imagination – an apparent backlash against life dominated by smartphones and computers. Given that one surgeon was moved last week to bemoan the fact that his students’ dexterity was suffering as a result of over-reliance on technology, this can only be good news.

The other is the search for ways to reduce stress and anxiety: something we can do which will distract us from our everyday preoccupations.

Could playing with Lego really do that? It actually might, in the short term. In a study, published earlier this year, Taiwanese researchers asked a group of employees to take part in what they called ‘a Lego-based workplace stress reduction workshop’.

The people taking part in the study filled in psychological questionnaires of mood and depression before and after these sessions of ‘serious play’.

For over two hours they were encouraged to use their imagination to build things with Lego and then use what they had built to tell each other stories.

Attending the workshop did not reduce scores of depression but it did have an immediate impact on scores of anxiety.

This is part of a much wider serious play movement: applying a playful approach to solving problems by turning creative meetings into games. By creating a fun environment where people can share ideas, they feel less ‘judged’ and are more likely to volunteer ideas. It is hoped the knock-on effect is improved productivity and reduced stress.

WHY NOT GIVE BOULDERING A GO…

If you fancy something a bit more vigorous than Lego – something to build muscle as well as reducing stress – what about indoor bouldering? This is like indoor rock-climbing, done on low walls, without safety ropes.

A recent study recruited 100 people who suffered from depression and randomly allocated them into two groups. One group was asked to do three hours of bouldering a week for eight weeks, while the other acted as the control. At the end, the boulderers reported impressive improvements in their mood, with a big reduction in depression scores.

One of the researchers, Eva-Maria Steizer from the University of Arizona, herself a keen rock-climber, said: ‘The great thing about bouldering is that you have to be mindful and focused on the moment. You don’t have room to let your mind dwell on things going on in your life – you have to focus on not falling.’

WHAT ABOUT GIVING US A SONG?

The great thing about singing, particularly singing with other people, is that it is sociable and requires a surprising amount of mental focus and energy. It can also, as I recently discovered, lead to the release in your brain of ‘feelgood’ chemicals called endocannabinoids.

These chemicals, which were only recently identified, are related to the drug, cannabis, but are naturally released by your body in response to different stimuli.

I recently took part in an experiment with Dr Saoirse O’Sullivan of Nottingham University. We recruited nine female volunteers and got them to try three different activities: cycling, dancing and singing.

We got them to fill in questionnaires and also took blood samples before and after each activity, to see which had the biggest impact on their endocannabinoid levels. 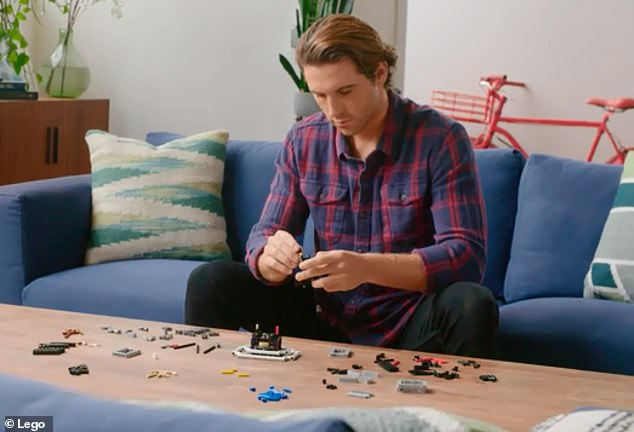 … AND MAKE SURE YOU TAKE TIME TO DO NOTHING

I have found that one of the best ways to reduce stress is to practise mindfulness, sort of the opposite of all the aforementioned activity. It involves doing nothing.

For me, mindfulness has meant training myself to be more present in the moment, rather than endlessly mulling over my problems – what I’m doing later, or should have done before.

The core of the whole practice is to sit quietly, focus on your breathing, and the way your body feels at that moment. It’s a bit like meditating. You can join a mindfulness course, or download an app such as Headspace, which guides you through the process.

You might also take a look at See, Love, Be, a new book by Tim Stead, who trained at the Oxford Mindfulness Centre. As well as an eight-week audio guide, the book includes lots of tips on how to make your everyday life more mindful: simple things, like pausing over a cup of coffee to really savour the flavours; or going into the garden and just sitting there for a while, taking in the colours and patterns.

I have no problem sticking to the 5:2 – in fact find it easy. But I’ve had to give it up after every attempt because I always develop cold symptoms within a few days. I’m a woman in my 60s, with about two stone to lose, but otherwise in good health.

When you cut your calories, this kicks off a process called autophagy, which is the body’s way of doing some spring cleaning by getting rid of old and damaged cells and replacing them with new ones.

One of the types of cells which can get cleared away when you fast is the white cells of your immune system, which are there to fight infection.

Normally they will bounce back, stronger than before, as soon as you start eating normally. For anyone, like you, who may feel run-down when attempting the 5:2, I’d recommend including probiotic foods such as yogurt and sauerkraut in meal plans, which may help to bolster the immune system by ‘feeding’ your friendly gut bacteria.

I would also take care to wash your hands regularly because they are one of the main ways that the cold or flu viruses get into the body.