Doctors have been reminded they should not sell real human skeletons on online auction sites by advertising them as Halloween props.

Currently, medical students use plastic replicas of skeletons in their studies, but in the past doctors used the human body’s actual support structure.

Now, the Medical Defence Union in the UK has issued guidance for medics about the use and disposal of real bones. 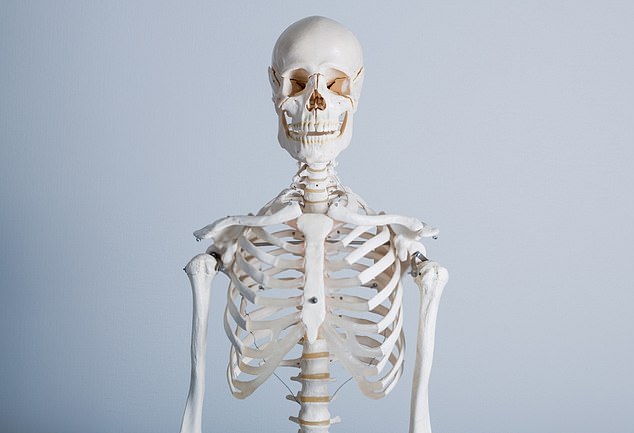 Stating the obvious? In advance of Halloween, the Medical Defence Union has issued guidance for medics about the use and disposal of real bones – and use plastic replicas (pictured)

The MDU, founded back in the 1880s, said that it’s occasionally asked about how to appropriately deal with human remains.

The medical defence organisation said that skeletons cannot just be sold on like any other unwanted item.

Its guidance on the disposal of skeletons reminds medics that they must maintain dignity and respect in the handling of all human bodies and tissue.

‘For example, advertising a genuine human skeleton online for use as a Halloween prop could draw criticism,’ it states.

The document draws attention to the strict rules on the disposing of human remains.

Dr Ellie Mein, medico-legal adviser for the MDU, said: ‘Medical students now use plastic replicas of skeletons in their studies. 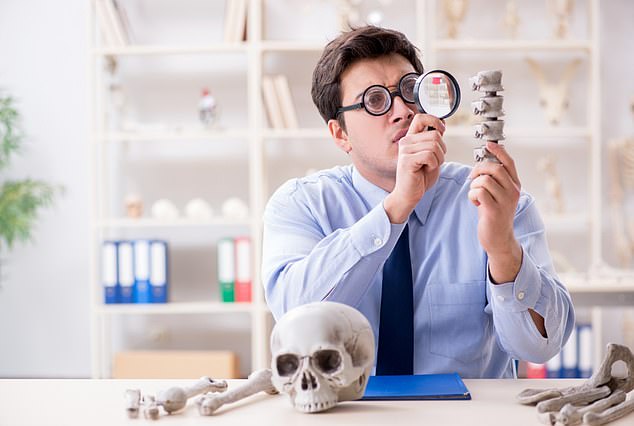 Precautionary measure: The bizarre warning comes after the MDU said that it’s occasionally asked about how to appropriately deal with human remains (stock)

‘But up until 30 or 40 years ago it was common for those studying medicine to use a real human skeleton.

‘At the MDU we sometimes hear from doctors and their relatives who literally find a skeleton in the closet and wonder how to dispose of it sensitively.

‘There are strict rules about the disposal of human remains, meaning skeletons can’t just be sold on like any other unwanted item.

‘In fact auctions sites such as eBay say they don’t allow the sale of human body parts, skulls or bones regardless of whether they are for medical use or not.’

She added: ‘The Human Tissue Act 2004 regulates the removal, storage and use of human tissue and the Human Tissue Authority (HTA) recommends that the disposal of bones is done sensitively.

‘This can include by incineration, separate from other clinical waste or burial.

‘Any doctor considering disposing of a human skeleton should bear in mind that a key principle on which the Human Tissue Act is based is that all bodies, body parts or tissue should be treated with respect and dignity.’

Elderly should take probiotics to preserve their bones, experts say

Swedish scientists uncovered the first evidence to suggest the supplements full of ‘good bacteria’ can benefit the skeleton.

Trials showed women in their seventies taking probiotics halved their bone loss – which happens as people age, compared to those on a placebo.

Studies have already shown the gut microbiome is important for bone metabolism in mice – but this was the first to be done on humans.

University of Gothenburg researchers believe the findings open the door for a new way to prevent fractures among the elderly.

Professor Mattias Lorentzon, co-author of the study, said in June: ‘Today there are effective medications administered to treat osteoporosis’

‘But because bone fragility is rarely detected before the first fracture, there is a pressing need for preventive treatments.