Home » Health News » More than half of 14, 15-year-old girls afraid of gaining weight

More than half of 14, 15-year-old girls afraid of gaining weight

Ali Gobbart has made a point of raising her three daughters to have positive attitudes to food and eating.

Aware of the impact of negative messages around weight, she made certain Frankie, 18, Lucy, 16, and Ava, 14, always understood that eating everything in moderation, including "treat foods", is a foundation for a healthy life.

"We keep an open dialogue about it [food], without absolutely focusing on weight. We don't have scales in our house at all," says Ms Gobbart. "I think that [focusing on weight] is creating a massive problem for kids, feeling that pressure to look a certain way." 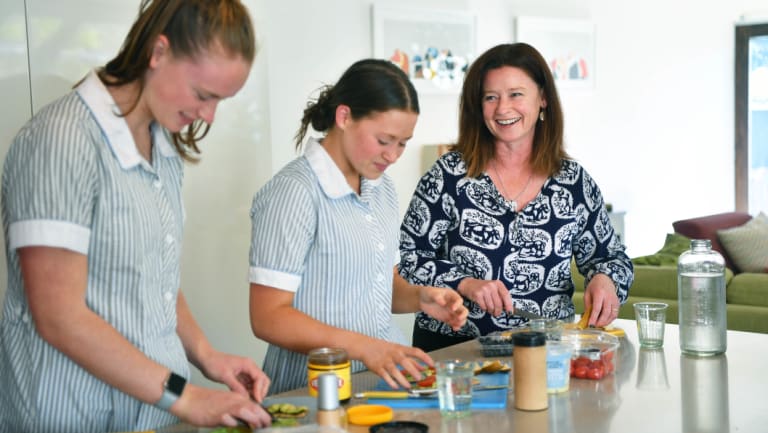 Fortunately for the three girls, they are not and never have been among the more than half of girls aged 14 to 15 (54 per cent) found by Australian Institute of Family Studies research to be afraid of gaining weight, or the 43 per cent who said they felt they had lost control of their eating in the previous month.

A quarter of girls and 12 per cent of boys reported restricting food intake by leaving food aside, taking small helpings, skipping meals or going all day without eating, but of the young people who said they were dieting only about a third of girls and half of the boys were overweight.

The national study of boys and girls aged 14 to 15 found many of them feel negatively about weight, and they had taken action to try to control their weight. Institute director Anne Hollonds warned that negative attitudes to the body in adolescence could lead to eating disorders.

“Up to a quarter of the girls said that their weight was very important to how they felt about themselves as a person, compared to 11 per cent of boys," she said. 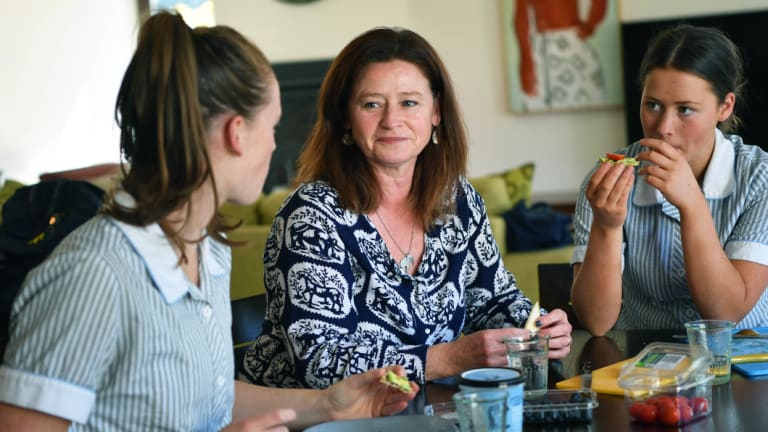 Ali Gobbart says its extremely important for parents not to make negative comments to children about food and weight.Credit:Joe Armao

The research was part of the Growing Up in Australia Longitudinal Study of Australian Children. It found 3 per cent of girls and 1 per cent of boys had made themselves vomit at least once in the previous four weeks to control weight, and 2 per cent of both genders had taken medicine such as laxatives or appetite suppressants.

Ms Gobbart, who is studying nutrition and psychology, said it was extremely important for parents not to make negative comments to children, especially girls, about their weight or food intake.

"If kids aren't set up with healthy patterns and attitudes towards food, I think that's where some of the [later] problems stem from."  She said it was more difficult for children now to avoid processed food, as they had been exposed to it from a very early age.

What not to say to children:

"You need to go on a diet to lose weight."

"You should take up a strict exercise regime."

"You need to start counting calories."

"You look fat in these clothes."