Three people have died from a mysterious Ebola-like disease in Tanzania.

Authorities in the East African nation — just south of Kenya — have called the outbreak ‘strange’.

Health chiefs have now been dispatched to investigate the illness, which has struck 13 people in total. 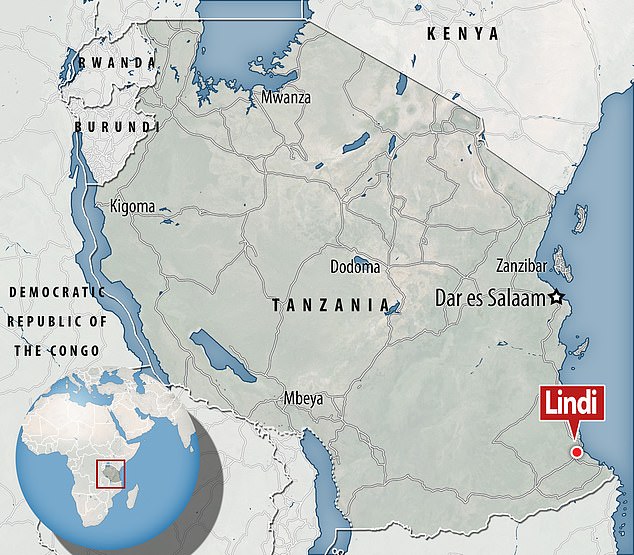 None of the 13 Tanzanian patients, who live in the southern Lindi region, have tested positive for Ebola or Marburg

Symptoms include a fever, headaches, fatigue and bleeding — especially from the nose.

Tanzania has never before recorded a case of Ebola or Marburg, two deadly viruses known to cause bleeding.

Yet neighbouring countries, including the Democratic Republic of Congo and Uganda, have in the past.

None of the 13 Tanzanian patients, who live in the southern Lindi region, have tested positive for either of the haemorrhagic viruses.

Covid swabs also came back negative, according to the country’s ministry of health.

Tanzania’s chief medical officer Aifello Sichalwen said one of the patients had fully recovered while the others were being isolated.

He added: ‘The government formed a team of professionals who are still investigating this unknown disease.’

Tanzania’s President Samia Suluhu Hassan said the ‘strange’ disease may have been caused by ‘growing interaction’ between humans and wild animals.

Both Marburg and Ebola, known to spread between humans, can be carried by fruit bats.

Ghana — located on Africa’s west coast — last week reported two suspected cases of the Marburg virus, which kills up to 90 per cent of infected patients.

The patients were not known to each other, suggesting the disease is spreading more widely.