New research shows how women can keep their brains healthy

We know cholesterol levels affect our heart health, but new research indicates they are just as important for our brain health.

The landmark study, published in Brain Imaging and Behaviour, demonstrates that our lifestyle choices now can significantly affect our brain health down the track. 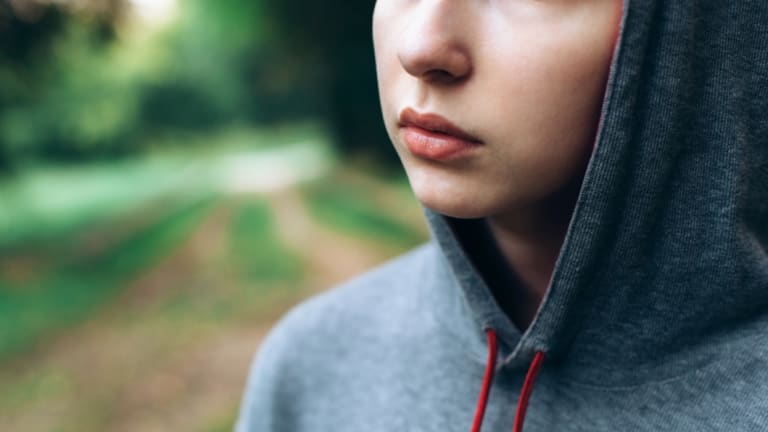 Women can take the future of their brain’s health into their own hands by adopting healthy lifestyle habits.Credit:Stocksy

Previous research has shown damage to the brain’s white matter is a marker for dementia, and that having high cholesterol when we are young means we are more likely to get it when we are old.

So, using in vivo ("within the living") imaging, Melbourne University researchers scanned the live brains of 135 participants every year for 20 years looking for bright patches on the brain that indicated damage to its white matter.

After controlling for age, education and inherited risk of dementia, they found those with higher cholesterol had more white matter damage, which meant they had worse cognitive function and were also at greater risk of dementia.

This is significant because, by the time we’re 65, the residual lifetime risk of developing either stroke or dementia is one in three in men and one in two in women. Dementia is the leading cause of death for women in Australia.

But, it is not inevitable.

This is because dementia can take up to 30 years to develop and it is estimated that anywhere between one third and 50 per cent of cases are preventable through lifestyle change.

Cassandra Szoeke is director of the Healthy Ageing Program at the University of Melbourne and the lead author of the new research.

She says a second, newly published, study reinforces the message that we can help protect our brains through our behaviour.

According to Szoeke, the results were were “a bit scary”: they found the number of brain cells we have at 50 can predict our cognition a decade later.

“The effect was big,” Szoeke says. “What it means is we should really be doing something about it… We are talking about prevention, and it is really important we prevent dementia because at the moment we don’t really have a cure.”

There is plenty of room for improvement on the prevention front.

“There’s a lot about how [dementia] is increasing, but it’s increasing because our lifestyles are not as healthy as they should be,” she explains.

Cholesterol is a type of fat in our blood and its levels are determined by a combination of genes, diet and lifestyle. About 20 per cent of our cholesterol level comes from the food we eat, and the most effective way of lowering it is by restricting processed foods and increasing our intake of fresh vegetables, fish and legumes.

However, only one in 10 Australian adults eat the recommended five daily serves of vegetables while a third of our energy intake comes from junk food.

Other research has found one of the best ways to prevent dementia (and lower cholesterol and improve cognition) is through physical activity.

Currently, less that half Australian adults aged 65 or younger and less than one quarter of adults over 65 meet the physical activity guidelines. These figures plummet again if you add in the strength training guidelines.

But as long as we do something, the type of activity doesn't matter, Szoeke explains.

“We were thinking it would have to be intense physical activity – that was our hypothesis going in," she says of her research into the relationship between exercise and cognition. "In fact, it was the people who did something every day. It could be walking the dog, it could be walking to work. Whatever it was, it was the people every single day who had the best memory so really I think it’s just about the rolling stone not gathering moss."

Szoeke adds that it's never too late to start, pointing to research that suggests physical activity leads to cognitive improvements among those in nursing homes. The benefits also extend to those who have an inherited risk of dementia.

She stresses: "Everything you do from today moving forward is going to give you better brain health and better rest of your health too.”

Women account for two thirds of all dementia cases in Australia. "Even age-adjusted, women are still more likely to get dementia," Szoeke exlpains, adding that women with dementia also experience more rapid decline.

The reasons are somewhat mysterious, however experts believe it has something to do with hormones ("for a pre-menopausal woman to get dementia is almost unheard of") and education, which is a protective factor against dementia ("across the globe women have less education").

Although dementia disproportionately affects women, as the second leading cause of death in the country, it impacts us all.

Szoeke and her team are expanding their research to include everyone in Australia and are currently seeking participants through the Healthy Brain Initiative.