A new ‘fast-track’ treatment programme for eating disorders is being rolled out across the NHS after pilot schemes showed that it was vastly more effective than the standard approach.

At present, those diagnosed with anorexia or bulimia nervosa face a lengthy wait of up to six months or more on average to see a mental health specialist.

The new service offers patients a phone consultation with a specially trained mental-health worker within two days of a GP referral, and a face-to-face appointment within four weeks. They then typically begin weekly therapy sessions within six to eight weeks, depending on their individual case. 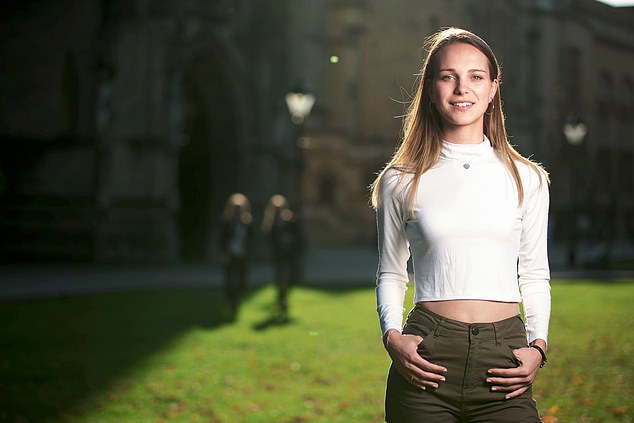 Emma Rowe, pictured, lost two stone over the course of three months after developing an eating disorder but received an appointment with an within three weeks of her diagnosis

The protocol was pioneered in 2015 by psychiatrists at The South London and Maudsley NHS Foundation Trust, where recovery rates of both bulimia and anorexia quadrupled in just three years.

More than 60 per cent of patients under the plan become well again in just 12 months, compared to only 16 per cent with conventional treatment.

The standard recommended approach is three-pronged: appointments with a dietician, psychiatrist and a psychologist once patients are referred to an eating disorder service. However, a lack of funding has meant that access to medical professionals is sparse.

But from this month, the programme – called Freed – will be rolled out to nine different hospitals and will be available to all 18- to 25-year-olds diagnosed with an eating disorder for the first time.

Each hospital expects to be able to offer help to an additional 1,000 patients a year.

The Freed approach is a combination of individual or group therapy online ‘self-help’ guides and activities, and sessions with a mental health nurse, therapist or psychologist during weekly sessions.’ 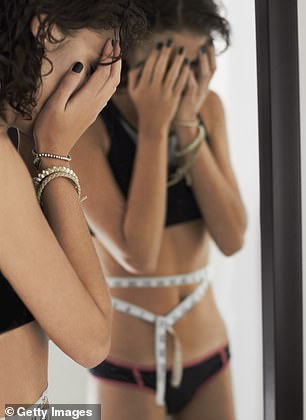 ‘Most patients accessing traditional treatment are extremely sick by the time they get help,’ explains senior clinical psychologist and Freed project lead Karina Allen. ‘Resources are pulled into fighting fires every day, ensuring their weight doesn’t drop, and they often stay in treatment for years because they are too unwell to engage in psychological therapy. Freed intervenes before the disorder is ingrained and weight is dangerously low.’

Therapies involve limiting the amount of time spent on the social-media app Instagram, given increasing evidence of the association between social-media usage and eating disorders.

Emma Rowe, 20, from South London, received her first appointment with a Freed mental health nurse within three weeks of her diagnosis of anorexia, having lost two stone in three months.

‘I was skipping all my meals and was uncontrollably nervous around food,’ she recalls. ‘My boyfriend booked me an appointment with my GP, who referred me to Freed.’

Nine months into therapy, Emma has regained almost all of her lost weight. She says: ‘If my friends want to go out for dinner, I will go and enjoy it. I’m so much more involved in my life, rather than being completely focused on food and my body weight.’