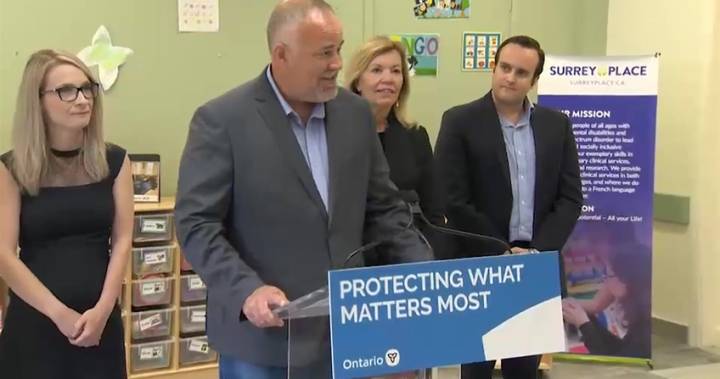 Social Services Minister Todd Smith says consultations on the matter are set to begin this fall.

He says that as it stands, those who see behavioural clinicians don’t have clear recourse to report issues.

The previous Liberal government also committed to regulating the field in 2017, but the measure didn’t take effect before last year’s provincial election.

The Tories’ latest move comes after they were forced to reverse course on a revamp to the autism program that initially based funding solely on age and family income.

Smith announced last month that the province would switch back to a needs-based approach to funding.

The original program announced in February capped the amounts families could receive at $20,000 a year for kids under the age of six, with funding dropping to $5,000 per year until they were 18. The maximum amounts were only available to families earning less than $55,000 a year.

Parents said that was entirely inadequate for kids with severe needs, whose therapy can cost up to $80,000.