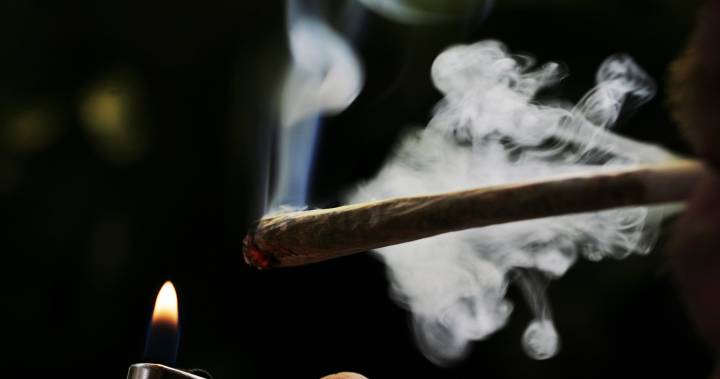 Pot use linked to higher risk of depression, suicide in teens: study

A new study suggests teens who regularly smoke weed are at greater risk of developing depression and suicidal behaviour in young adulthood.

Scientists at McGill University analyzed 11 international longitudinal studies involving people aged 18 to 32 who smoked weekly or daily when they were 18 or younger.

They found a higher rate of diagnosed depression, suicide ideation and suicide attempts compared to those who didn’t use cannabis in their teens.

How to talk with your teen about the use of cannabis

Lead author Gabriella Gobbi says the increased individual risk is modest, but the popularity of pot means a large number of young people could be at risk of developing mental-health issues.

Researchers estimate seven per cent of Canadians between the ages of 18 and 30 are diagnosed with depression that could be linked to prior cannabis use, or roughly 25,000 young people. Researchers found even stronger links to suicidal ideation and suicide attempt, but weaker links to anxiety.

The study consisted of a systematic review and meta-analysis of studies comprising 23,317 individuals. It was done in collaboration with Oxford University and Rutgers University-Camden and published Wednesday in the journal JAMA Psychiatry.

Gobbi says the findings highlight the need for better education on the risks of marijuana.

“We have to do more prevention, to decrease the amount of young people and adolescents that smoke cannabis,” the McGill psychiatry professor says from Montreal, urging education for teens and parents.

Most provincial laws restrict usage to those 19 and older, but about 27 per cent of Canadians aged 15 to 24 – more than any other age group – used cannabis in the last three months of 2018, according to Statistics Canada.

“Since we had legalization, young people continue to smoke as before,” says Gobbi.

“So legalization is not the only response. We need to do more prevention.”

Gobbi says the studies included were adjusted for any subjects that may have displayed signs of depression or suicidal tendencies before using pot.

She says adolescents are particularly vulnerable because their brain does not fully develop until age 25.

The findings also dispel misconceptions that weekly pot use is harmless, she adds, noting that scientists found it impossible to differentiate degree of risk between weekly use and daily use.

She explains that the psychoactive property in cannabis – tetrahydrocannabinol, or THC – remains in the body “for a long, long time.”

“THC is a lipid so it stays in the brain and in the body for one week or even more – in some individuals until one month. So smoking a joint is not like drinking two or three beers on a Saturday night,” says Gobbi, also a researcher in the Brain Repair and Integrative Neuroscience program at the Research Institute of the McGill University Health Centre.

Gobbi says there are many more questions to explore, noting the research did not consider alternate modes of consuming cannabis such as vaping or edibles.
She also notes the subjects were teens during the 1980s, 1990s, and 2000s, when the amount of THC content was generally relatively low.

“Now we have joints that have 10, 20, 30 per cent, even more content of THC so we don’t know the impact of the cannabis that we have today on mental health. This is something that of course we have to study more.”

Independent specialists asked to comment on the study said its findings were robust and important.

“Among young adults worldwide, depression is the leading cause of disability, and suicide is the most common cause of death,” said Joseph Firth, a specialist at Australia’s Western Sydney University.

By showing cannabis as a contributing factor to both, he said, the study showed the importance of seeking ways to reduce teenage cannabis use.

-With files from Reuters