Home » Health News » Quantifying the live microbes on your plate

Quantifying the live microbes on your plate 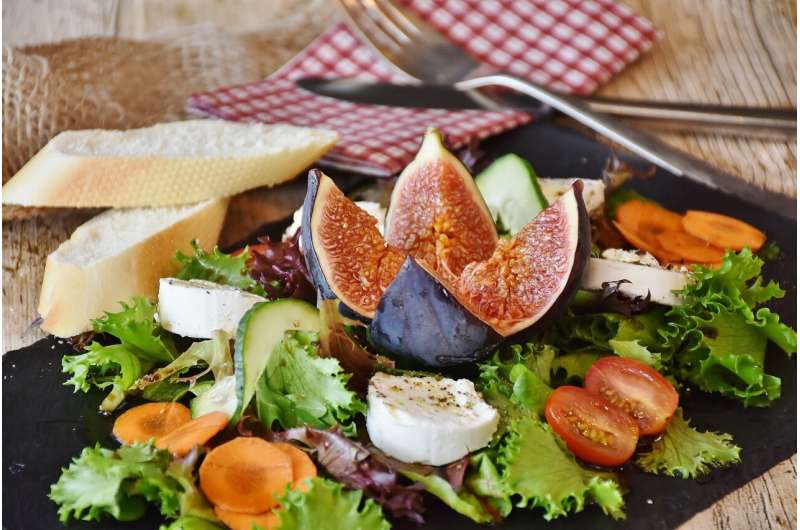 Many have hypothesized that bacteria and other “friendly” live microorganisms consumed through the diet can play an important role in health. Reduction in dietary microbe consumption has likely contributed to an “impoverished” gut microbiota, which may lead to improper immune system development and an increase in chronic diseases, among other negative health outcomes. But one of the first steps toward understanding the role of dietary microbes in health is to quantify the number of live microorganisms we consume today in our diets, through foods as well as probiotic supplements.

A group of scientists has completed the first large-scale estimate of how many live microbes are consumed by Americans daily. The results are published in the Journal of Nutrition.

To create the estimate, the scientists turned to a well-established US health and dietary database, the National Health and Nutrition Examination Survey (NHANES). While this database contains extensive information on the foods consumed by Americans daily, it lacks information on how many live microbes those foods contain. As a first step, food science and fermentation experts assigned each food in the database an estimated range of live microbes per gram, creating categories of foods with low, medium and high levels of live microbes. The foods in the “high” category (more than 107 colony-forming units per gram, or cfu/g) were primarily fermented dairy foods such as yogurt, fermented pickles or kimchi. Fresh, uncooked fruits and vegetables were also good sources of live microorganisms, represented in the “medium” category (104 to 107 cfu/g).

Using the NHANES data from 2001 to 2018 for nearly 75,000 children and adults, the scientists found that around 20% of children and 26% of adults consumed foods with high levels of live microorganisms in their diet. Both children and adults increased their consumption of these foods over the 18-year study period.

The NHANES analysis was funded by a grant from the International Scientific Association for Probiotics and Prebiotics (ISAPP) and the idea was an extension of an expert discussion group held at ISAPP’s 2019 annual meeting. A previous publication by a subset of these same authors describes the hypothesis behind this idea.

ISAPP Executive Science Officer, Dr. Mary Ellen Sanders, says the publication is part of a larger global effort among scientists to determine how live dietary microbes might contribute to health.

Sanders notes that the microorganisms quantified in this study are not necessarily probiotics. “By definition, a probiotic must be well-defined and have a demonstrated health benefit at a quantified dose. Live microbes associated with food as a category, however, do not generally meet the criteria of a probiotic.”

According to co-author Prof. Colin Hill, APC Microbiome Ireland, University of College Cork, “There is no doubt that the microbes we eat affect our health. When we think of microbes in our food, we often think of either foodborne pathogens that cause disease or probiotics that provide a documented health benefit. But it’s important to also explore dietary microbes that we consume in fermented and uncooked foods. It is very timely to estimate the daily intake of microbes by individuals in modern society as a first step towards a scientific evaluation of the importance of dietary microbes in human health and well-being.”