The first treatment for sleeping sickness that relies on pills alone was approved on Friday by Europe’s drug regulatory agency, paving the way for use in Africa, the last bastion of the horrific disease.

With treatment radically simplified, sleeping sickness could become a candidate for elimination, experts said, because there are usually fewer than 2,000 cases in the world each year.

The disease, also called human African trypanosomiasis, is transmitted by tsetse flies. The protozoan parasites, injected as the flies suck blood, burrow into the brain. Before they kill, drive their victims mad in ways that resemble the last stages of rabies.

The personalities of the infected change. They have terrifying hallucinations and fly into rages; they have been known to beat their children and even attack family members with machetes.

They may become ravenous and scream with pain if water touches their skin. Only in the end, do they lapse into a long coma and die.

The new drug, fexinidazole, cures all stages of the disease within 10 days.

Previously, everyone with the parasites found in a blood test also had to undergo a spinal tap to see if the parasites had reached their brains. If so, patients had to suffer through a complex and sometimes dangerous intravenous regimen requiring hospitalization.

An oral treatment that can safely be taken at home “is a completely new paradigm — it could let us bring treatment down to the village level,” said Dr. Bernard Pecoul, founder and executive director of the Drugs for Neglected Diseases Initiative, which was started in 2005 by the medical charity Doctors Without Borders to find new cures for tropical diseases. 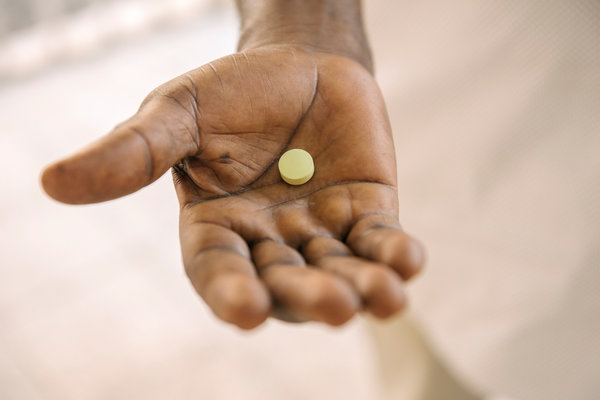 Previous treatments for sleeping sickness ranged from inconvenient to nightmarish.

The current intravenous drug, eflornithine, must be given over many days with intravenous fluids that weigh about 125 pounds, a big burden in the supply chain for rural hospitals, Dr. Pecoul said.

Melarsoprol, the intravenous treatment used until a decade ago, contains an arsenic derivative. It corroded veins, triggered convulsions and killed 5 percent of the patients who got it.

“An all-oral treatment has been a dream of mine for decades,” said Dr. Victor Kande, an adviser to the health ministry of the Democratic Republic of Congo who oversaw clinical trials of the drug. “This is a huge leap in how we can tackle this disease.”

Getting fexinidazole tested and approved is one of the neglected disease initiative’s biggest triumphs.

The drug was created in the 1980s by Hoechst, a German drug company, but later abandoned.

In 2009, seeking new anti-parasitic medicines, the initiative asked Sanofi, which held the patent, to reformulate it for sleeping sickness.

Ultimately, the drive for approval cost $63 million and involved clinical trials including 750 patients in Congo and the Central African Republic. Two million villagers were screened.

The costs were paid by seven European countries, the Bill and Melinda Gates Foundation, Doctors Without Borders and other donors.

About 65 million people live in regions in west and central Africa where the most common strain of sleeping sickness, Trypanosoma brucei gambiense, circulates. A less common form circulates in southern Africa, and the harsh, older treatments are still needed to cure it.