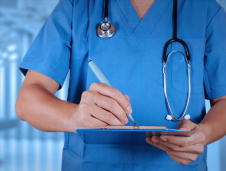 Sexually transmitted disease on rise among teens as young as 15

The sexually transmitted disease (STD) chlamydia is on the rise among people aged as young as 15.

Among the cohort of 15 to 24-year-olds, there were 3,922 cases of the disease in 2017. Chlamydia can potentially cause infertility if untreated.

Cases of genital herpes also increased among the teenagers and young adults – from 596 in 2017 to 623.

Another 864 of these were also diagnosed with gonorrhoea, down from the previous year.

The reports from the Health Protection Surveillance Centre (HPSC) said chlamydia in these young people make up 49pc of all reported cases.

Chlamydia is passed on through unprotected sex and most people with the disease do not notice any symptoms, unaware they are infected.

Although it does not usually cause symptoms, it normally is cleared up with a short course of antibiotics.

But it can be serious if it is not treated early on. If untreated, the infection can spread to other parts of the body and lead to long-term health problems, such as pelvic inflammatory disease, inflammation of the testicles and infertility.

It can also sometimes cause reactive arthritis.

Doctors advise anyone who suspects they may have chlamydia to get tested as early as possible.

Last year 7,932 cases of chlamydia were diagnosed in Ireland, an 11pc increase in men and a 4pc rise in women.

Rates of infection in men exceeded those for women for the first time.

The disease watchdog said that correct and consistent use of condoms will reduce the risk of catching and passing on a sexually transmitted disease.

“It is important to get tested for sexually transmitted diseases regularly, particularly when changing sexual partners or after sexual contact with overlapping partners.”

The HPSC warned that sexually transmitted diseases are increasing and the burden of infection lies disproportionately among young people.

“This effect may be due to a combination of reasons; young people may be more likely to have more, and overlapping sexual partners,” it said.

“Any sexual encounter with a new partner without using a condom carries a risk of contracting a sexually transmitted disease.

“Lack of knowledge of, and access to, healthcare services and concerns about confidentiality may prevent people from getting tested.

“Young females are also biologically more susceptible to disease due to cervical ectopy.”

The health watchdog called for more information on mode of transmission. This is collected for gonorrhoea and syphilis but not for chlamydia.

If this data were available it would provide more guidance on how to further target prevention messages among young people, it said.