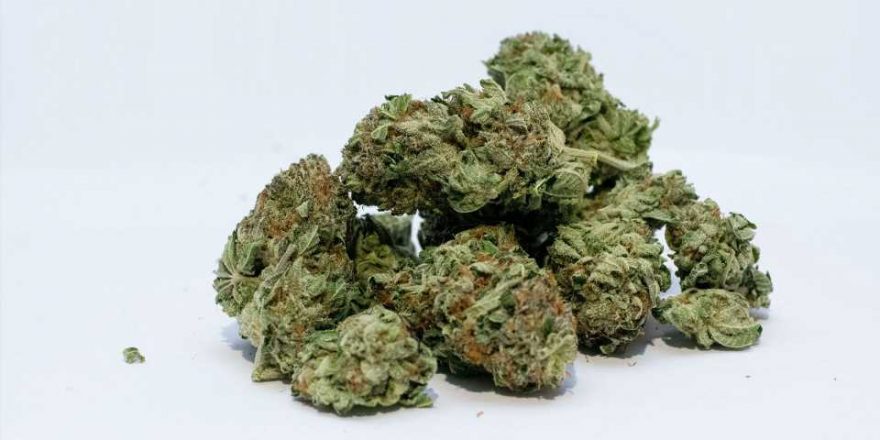 Spending on illicit drugs in US nears $150 billion annually

Spending on cannabis, cocaine, heroin and methamphetamine by Americans reached nearly $150 billion in 2016, with a large proportion of spending coming from the small share of people who use drugs on a daily or near-daily basis, according to a new RAND Corporation report.

Researchers estimate that from 2006 to 2016, the total amount of money spent by Americans on these four drugs fluctuated between $120 billion and $145 billion each year. By contrast, a different analysis finds that spending on alcohol in the U.S. was estimated to be $158 billion in 2017.

Total spending on cannabis, from both illegal and state-licensed sources, increased by approximately 50 percent from 2006 to 2016, from $34 billion to $52 billion. The market for cannabis is roughly the size of the cocaine and methamphetamine markets combined, and the size of the retail heroin market is now closer to the size of the marijuana market than it is to the other drugs, according to the analysis.

“To better understand changes in drug use outcomes and the effects of policies, policymakers need to know what is happening in markets for these substances,” said Greg Midgette, the study’s lead author, an assistant professor at University of Maryland and an adjunct policy researcher at RAND, a nonprofit research organization. “But it is challenging to generate these estimates, and given that critical data sources have been eliminated, it will likely be harder to generate these figures in the future.”

In addition to estimating expenditures on cannabis, cocaine, heroin and methamphetamine, researchers from RAND used a variety of sources of information about drug use and drug prices to also estimate the number of people who use these substances and how much they consume.

The report shows that after falling precipitously from 2006 to 2010, consumption of cocaine continued to fall slowly through 2015, then increased in 2016. Results suggest there were 2.4 million individuals who used cocaine on four more or days in the past month in 2015 and 2016. Results also suggest that consumption grew in 2016 among a stable number of users as the price per pure gram declined.

Consumption of heroin increased approximately 10 percent per year between 2010 and 2016, according to the analysis. Whereas most heroin consumed in the United States comes from poppies grown in Mexico, the introduction of synthetic opioids like fentanyl into heroin markets has increased the risk of using heroin and complicated market analyses.

There was a steady increase in the amount of heroin seized within the United States and at the southwest border from 2007 through 2016. Changes in the composition of heroin users, potentially involving increased use among individuals without criminal histories, have increased the uncertainty underlying these estimates.

From 2010 to 2016, the number of individuals who used cannabis in the past month increased nearly 30 percent, from 25 million to 32 million. Changes in the potency of marijuana and the proliferation of nonflower products such as oils and waxes have made weight-based consumption estimates obsolete and forced a change in how researchers calculate expenditures.

Researchers say their estimates about methamphetamine use are subject to the greatest uncertainty because national data sets do a particularly poor job of capturing its use.

The federal government discontinued a critical data collection effort in 2003, the Arrestee Drug Abuse Monitoring, or ADAM, right before methamphetamine use was believed to be at its first peak during 2004 to 2006.

ADAM not only collected detailed information about drug market transactions from arrestees, it also included a voluntary urine screen that could only be used for research purposes. A limited version of ADAM was brought back in 2007 and then eliminated after 2013, right when methamphetamine consumption was believed to be picking back up.