Study shows why many cancer cells need to import fat 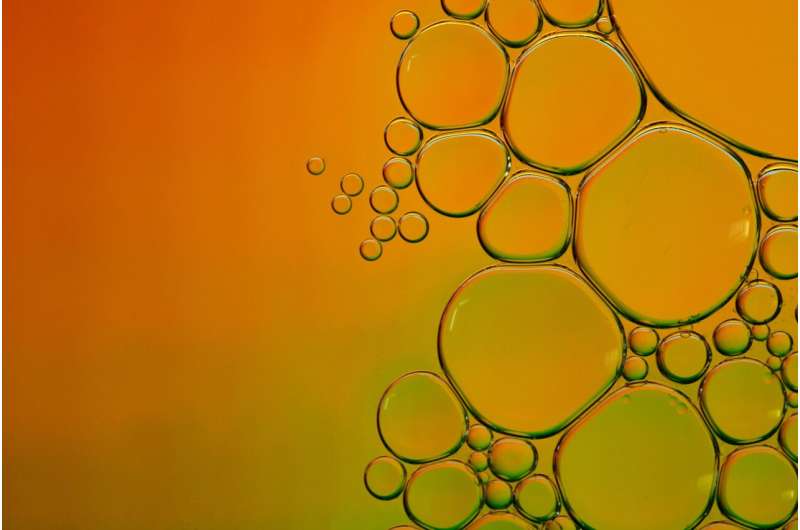 Columbia and MIT researchers are revealing the surprising reasons why cancer cells are often forced to rely on fat imports, a finding that could lead to new ways to understand and slow down tumor growth.

Common nutrients we eat, like fat, and the oxygen we breathe, are likely to play an essential role in the growth of cancer cells.

Oxygen is most known for its role in making energy in the body; that is why when we exercise, we start breathing harder. Because many cancer cells live in oxygen-depleted environments, it is often assumed that their growth is limited by energy.

But oxygen also has a less celebrated role, and that is to provide oxidizing power for the chemical reactions driving synthesis of biomolecules necessary for building new cells. Many biosynthetic reactions require a co-factor called NAD+, and when oxygen is lacking, cells cannot regenerate growth-promoting NAD+. And their key synthetic reactions come to a halt.

The new study found, surprisingly, that hypoxic cancer cells usually have more energy than they need for growth. When the researchers provided cancer cells with extra nutrients for energy generation, the cells did not respond.

The researchers found that while various biosynthetic pathways are sensitive to oxygen availability, synthesis of fats was among the most affected. Fat molecules are used to create membranes of new cells, and fat synthesis is especially challenging for cancer cells that need to synthesize new membranes for their growth. Without access to oxygen, cells cannot adequately supply their fat synthesis pathways.

“What makes our result very counterintuitive,” Dr. Vitkup says, “is that fat synthesis is not considered to be a process requiring a lot of oxygen. But our experiments demonstrated that up to 30% of oxygen used by cancer cells is not for energy generation but for synthesizing fats.”

As a result of oxygen’s impact on biosynthesis, cancer cells growing in oxygen-limited environments are strongly dependent on the import of fats from the environment. This creates a crucial vulnerability for cancer cells, such that cutting their supply of imported fats may slow or stop cancer growth.

Vitkup’s team is now trying to identify the receptors that cancer cells use to import fats in different tumors and which receptors could be targeted by drugs. The study also suggests that changing the composition of fats in the diet may play a vital role in influencing cancer growth.