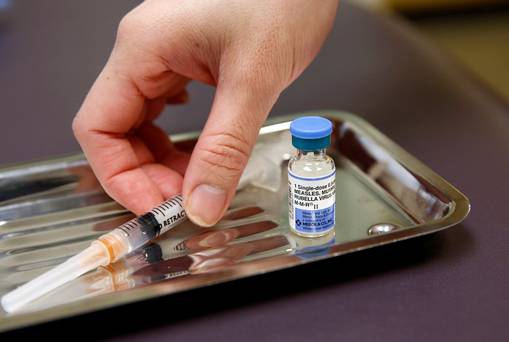 People in their 50s and 60s have been among the victims of a surge in more than 1,000 cases of mumps reported in recent months.

There were 65 cases of the infection recorded in the past week.

Although most of the cases are in teenagers and young adults, figures show it has affected a range of generations, including 12 people over the age of 65.

More men than woman have been infected with the illness, which is a contagious viral infection.

It’s most recognisable by the painful swellings at the side of the face under the ears, the parotid glands.

Other symptoms of mumps include headaches, joint pain and a high temperature, which may develop a few days before the swelling of the parotid glands.

Mumps is spread in the same way as colds and flu – through infected droplets of saliva that can be inhaled or picked up from surfaces and transferred into the mouth or nose.

A person is most contagious a few days before the symptoms develop and for a few days afterwards.

During this time, it’s important to prevent the infection spreading to others, particularly teenagers and young adults who haven’t been vaccinated with the MMR jab.

However, mumps can lead to viral meningitis if the virus moves into the outer layer of the brain. Other complications include swelling of the testicles or ovaries if the affected person has gone through puberty.

The Health Protection Surveillance Centre said the best protection against mumps was to be fully vaccinated with two doses of the MMR vaccine.

The east, north-east and north-west have been most affected so far.