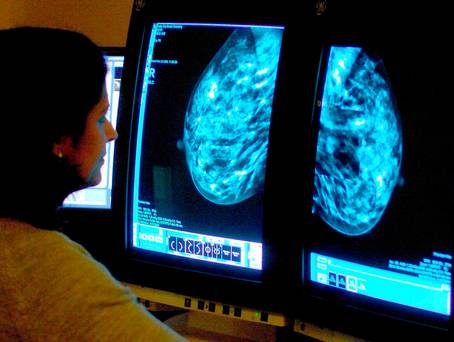 Cancer survival rates have significantly risen in Ireland in the last two decades – but they still lag behind the pace of improvements in a number of other high-income countries, a major study reveals today.

The progress has also been less marked among the over-75s and in some cancers with a poor prognosis.

However, improvements in survival were better in Australia, Canada and Norway between 2010-2014.

It means some cancer patients in Ireland are dying earlier, according to the findings in the ‘Lancet Oncology’ journal.

It looked at survival rates for cancers of the oesophagus, stomach, colon, rectum, pancreas, lung and ovary in Ireland, Australia, Canada, Denmark, New Zealand, Norway and the UK.

They were tracked for one- and five-year survival in two instalments between 1995-99 and 2010-2014 by the International Agency for Research on Cancer.

It shows that substantial progress has been made in survival across all seven countries for stomach, colon and lung cancers – in men – and ovarian cancer.

But in the latter period survival was generally higher in Australia, Canada, and Norway than in Ireland, New Zealand, Denmark and the UK.

Services were reorganised in Ireland a decade ago, leading to a concentration of diagnosis and treatment in eight hospitals in a bid to reduce the mortality rate.

Between 2010-2014, the five-year survival of oesophageal cancer was highest in Australia at 23.5pc and lowest in Denmark at 14.7pc.

For stomach cancer, the UK had the lowest five-year survival at 20.8pc while Australia had the highest at 32.8pc.

New Zealand saw the lowest improvements in survival in stomach cancer, after rising from 21.3pc in 1995-99 to 24.5pc.

Colon cancer had a relatively high five-year survival rate, reaching 70.8pc in Australia. This compared to Ireland with a survival rate of 61.8pc, up from 50pc in 1995.

The highest five-year survival was seen for rectal cancer, which also saw the largest improvements between 1995-2014. Australia had the highest figure of 70.8pc.

Pancreatic cancer had the lowest percentage of all.

Ovarian cancer survival was highest in Norway at 46.7pc and lowest in Ireland at 36pc.

Lead author Dr Melina Arnold said the disparities we see are likely due to the stage of the disease at diagnosis, the time it takes to receive effective treatment and the effect of other health conditions the patient has.

She also pointed to “improvements in surgical techniques and new guidelines, including pre-operative radiotherapy as well as better diagnosis and scanning, enabling better staging of cancers and selection for targeted therapies” which have all improved patient outcomes.

The survival rate from breast cancer is lowest in the west of Ireland at 80pc and highest in the south at 86.6pc, according to a recent report.

In the years 2011 to 2015, the national average survival rate was 85pc, according to the National Healthcare Quality Reporting System Annual Report 2019.

The most recent report from the National Cancer Registry said projected increases in the size and average age of the population over the next 30 years will have significant implications for the number of cancer cases as it is predominantly a disease suffered by the elderly.

For all cancers combined – excluding non-melanoma skin cancer – there could be a 111pc increase for males and an 80pc increase for females between 2015 and 2045, or a doubling of numbers overall to 43,000.

Four in 10 cancers are potentially preventable. Key messages are to be more careful in the sun, exercise, diet and limiting alcohol intake, said the Irish Cancer Society.

The roll-out of the HPV vaccine to boys from this school term will also reduce the incidence of some cancers.