Swedish Midsummer holiday not associated with higher risk of suicide 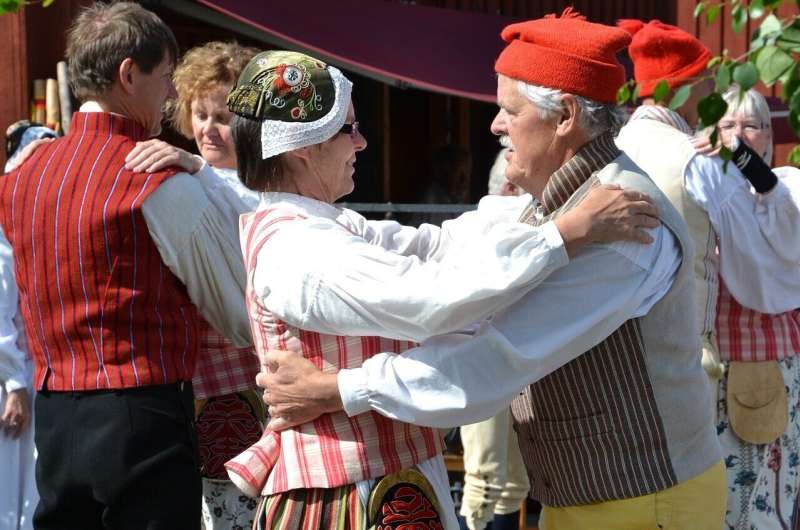 A Swedish registry study, performed at the National Center for Suicide Research and Prevention (NASP) at Karolinska Institutet and the Stockholm County Council, has shown that there is no significant increase in suicide risk during the Midsummer holiday. The results of the study has been published in the Nordic Journal of Psychiatry.

Swedish Midsummer is a major holiday, often associated with high levels of alcohol consumption in the population. A previous study has demonstrated that the occurrence of suicide on Christmas Eve and New Year’s Eve was not significantly different from adjacent days but on New Year’s Day, however, there was a significant increase in the mean number of suicides—almost double the number compared to New Year’s Eve. One driving factor to this observation may be that major holidays usually involve increased consumption of alcohol (and thus an increased incidence of intoxication), which is a well-known risk factor for suicide.

In a new study about Midsummer the authors Sebastian Hökby, Joakim Westerlund, Bianca Blazevska and Gergö Hadlaczky investigated the risk of suicide and death with undetermined intent (often called “uncertain suicides”) during the Swedish Midsummer holiday.

“As far as we know, this is the first study that specifically studies the risk of suicide during the Swedish Midsummer holiday. We hope that the results of this study will contribute to increased knowledge about suicidal patterns and behaviors,” says first author Sebastian Hökby, doctoral student at NASP.

The registry included all cases of death between 1980 and 2018 where the cause of death was due to suicide or death with undetermined intent. The study was limited to a 30-day period for each year: Midsummer Eve, Midsummer Day, 14 days before Midsummer Eve, and 14 days after Midsummer Day; resulting in 1170 unique days over the 38-year long period. In total, 5058 cases were identified, of which 149 deaths occurred on Midsummer Eve and 184 on Midsummer Day.

Temporary increase in alcohol consumption may be a possible explanation

Comparable to New Year’s Eve, the alcohol consumption on Midsummer Eve usually begins towards evening-time and lasts over midnight after which intoxication levels are likely to peak. Previous studies has shown that this drinking pattern tends to correlate with a higher risk of suicide the following day; but the recent study can only partly confirm such a trend as the uncertainty in suicide classifications was larger on Midsummer Day.

The findings of this study indicate that deaths with undetermined intent (especially poisoning, drowning vehicle crashes and jumping in front of moving objects) were about twice as common on Midsummer Eve compared to adjacent days, to which the increased alcohol consumption can be a probable explanation.