The disease that means even TWO WEEKS’ wait for surgery wrecks a patient’s chances: These two women have pancreatic cancer — but there’s a reason their prognoses are very different… 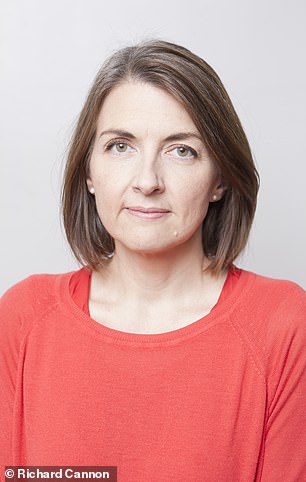 Erika Vincent and Frances Dewar have many things in common. Both busy, working mothers with full, active lives, neither had much cause to trouble their doctors.

Then, earlier this year, they were diagnosed with pancreatic cancer within weeks of one another. For both, it was shattering news.

‘I was dumbfounded. I’d always been fit as a fiddle,’ says Erika, 55, from Buckinghamshire, who used to work as an IT consultant.

‘Even while I was having tests to find out what was wrong, I seemed fairly healthy. I never expected to be told it was cancer.’

For Frances, 47, a violinist with the BBC Symphony Orchestra, the diagnosis was ‘hugely unsettling’.

‘I did some Googling — that was a bad idea, because the statistics scare the life out of you,’ she says.

But this is where the similarity in the experience of the two women ends.

For while Frances was having surgery within three weeks of doctors spotting the tumour, delays in Erika’s treatment meant that not only was her tumour inoperable, but the cancer had spread to her liver.

The mother of two was told she had just four months to live.

The contrast in their two stories highlights the need for a shift in the approach to treating the disease — the key, say experts, is speed and more patients being put forward for surgery, which only 10 per cent of patients currently receive.

Rates of pancreatic cancer have risen by 15 per cent since the Nineties. It is now the UK’s fifth biggest cancer killer, accounting for one in 20 cancer deaths. Only 1 per cent of people survive the disease for ten years or longer.

‘Pancreatic cancer is a study in nihilism,’ says Keith Roberts, a consultant pancreatic surgeon at University Hospitals Birmingham NHS Foundation Trust. ‘Even among doctors, there can be an attitude that there is little that can be done treatment-wise.

‘But it’s not true — we are improving outcomes all the time and survival is possible.’ 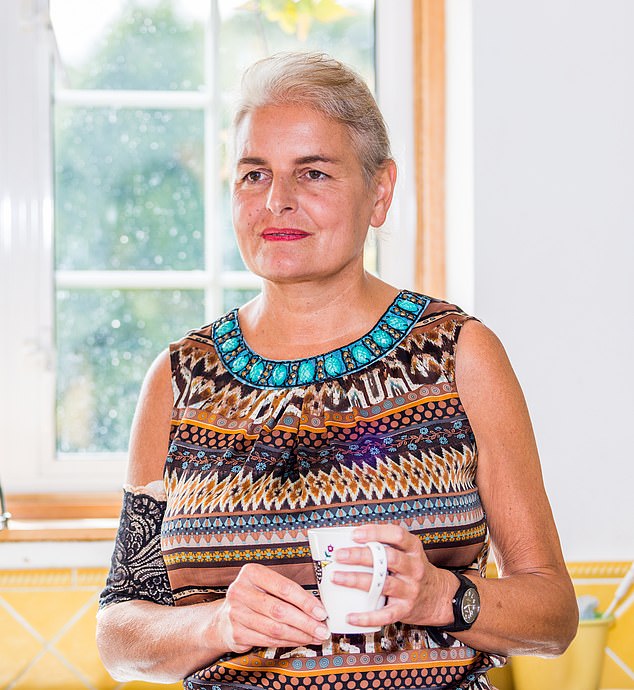 Strong: Delays in Erika Vincent’s treatment meant that not only was the 55-year-old’s tumour inoperable, but the cancer had spread to her liver – meaning she had just four months to live

The only curative treatment is surgery to remove the tumour and part or all of the pancreas. If surgery isn’t possible, chemotherapy can sometimes be given to control the cancer’s growth.

But seven out of ten people diagnosed with pancreatic cancer receive no active treatment.

‘There is a perception that it’s not worth putting people through a risky operation when they’re likely to die,’ says Mr Roberts.

‘But data published this year shows that with surgery and stronger chemotherapy drugs, as many as 50 per cent of patients could survive more than five years. Without chemotherapy, that figure is 8 per cent.’

The charity Pancreatic Cancer UK is calling for all patients with the disease to be treated within 20 days of diagnosis, a target it wants reached by 2024. At present, the guideline for commencing treatment is within 62 days — however, as pancreatic cancer progresses rapidly, the charity argues this is too long.

The thinking is that if patients began treatment sooner, more would be eligible for surgery.

Unfortunately, most cases are diagnosed at a late stage, as pancreatic cancer can have almost no symptoms in the earlier stages. Even as the tumour progresses, symptoms such as indigestion, back pain, nausea and difficulty swallowing are often vague. 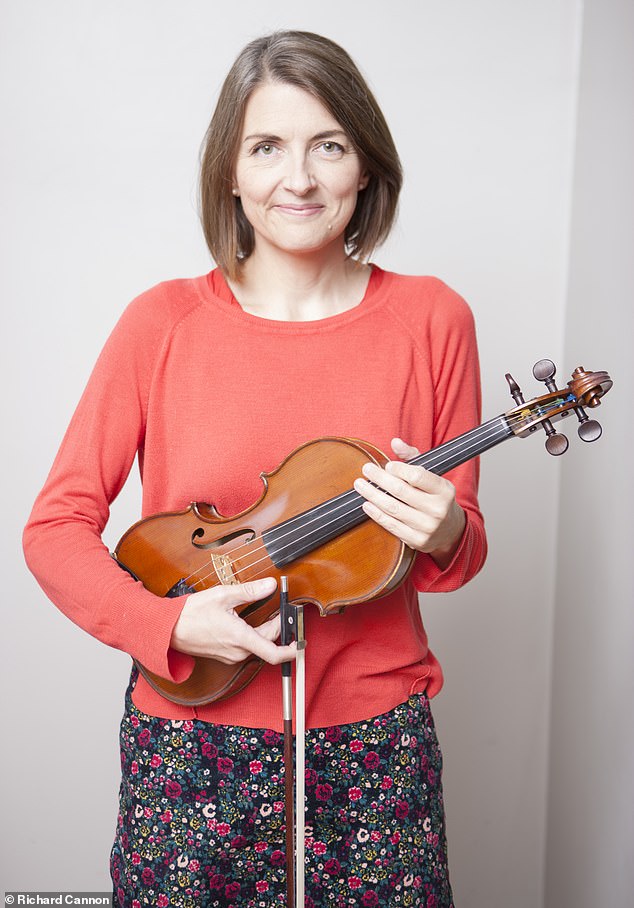 Fortunate: A month on from her diagnosis, Frances was recuperating from a nine-hour operation known as the Whipple procedure, in which the top of the pancreas, part of the small intestine, the gallbladder and the bile duct are removed

‘Pancreatic cancer also grows faster than other cancers,’ adds Mr Roberts. A tumour that would have been operable at diagnosis can become inoperable in a matter of weeks.

‘The problem with the pancreas is that it wraps around the blood vessels to the liver and bowel, making surgery dangerous. Surgeons can be reluctant to take the risk.’

For Erika, the first sign that something was wrong was ‘a bit of indigestion’. ‘I was struggling to eat, feeling sick and as though I’d swallowed a large stone,’ she recalls. As it persisted for weeks, she went to her GP, but blood tests and ultrasound scans revealed nothing.

‘By now, the weight was dropping off me,’ says Erika. ‘I asked for a private referral to a gastric specialist — it had been about a month since I first saw the GP.’

The specialist ordered a CT scan. A week later, he broke the news that there was a tumour at the top of Erika’s pancreas.

But it would be nearly two months before Erika began treatment in May — a wait that was ‘psychological torture’.

‘It was delayed by many things, including my referrals being lost, people going on holiday and my cancer treatment being marked as “routine”,’ she says.

‘When I finally got to see the oncologist, the Macmillan cancer nurse was there — that was when it really hit home how serious it was. That was when they gave me my prognosis: four to six months.

‘I asked what treatment I could have and they mentioned chemotherapy, but followed it up with: “But why would you want to put yourself through it?” I felt like they were saying: “Go home and die.”

Erika, who is married to Jerry, an IT consultant, and has two sons, aged 19 and 20, adds: ‘I hadn’t even told my children and they were telling me that I could be dead before my son got his A-level results.

‘I can’t help thinking if they’d seen me sooner, it might have been different.’

By comparison, a month on from her diagnosis, Frances was recuperating from a nine-hour operation known as the Whipple procedure, in which the top of the pancreas, part of the small intestine, the gallbladder and the bile duct are removed. 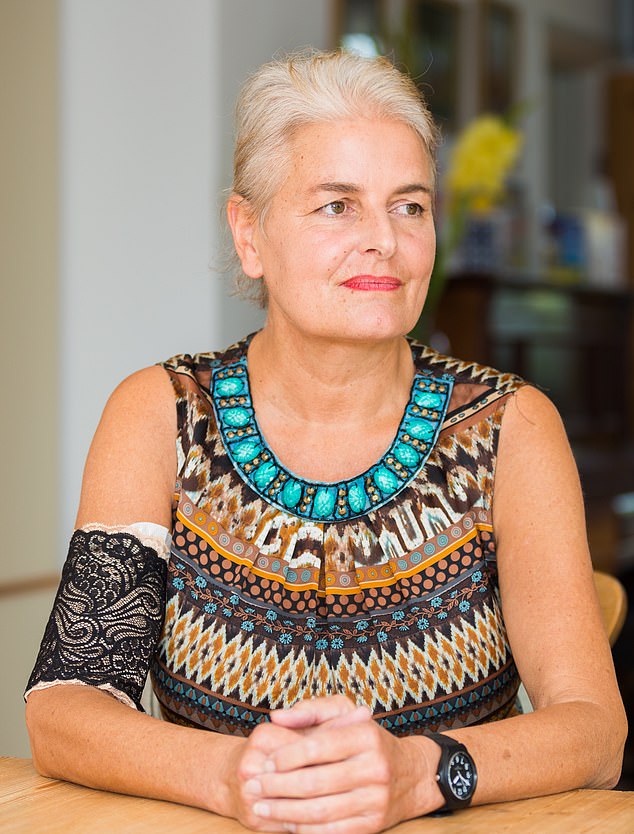 Fighting: Erika convinced her doctors to start chemotherapy and has so far defied the odds

‘It all happened so quickly,’ says Frances, who lives in London with her daughters, Mia, 12, and Rosa, nine, as well as her partner and his two daughters.

‘From diagnosis to surgery took about three weeks, so I didn’t have the time really to absorb the full implications.’ Frances’s tumour was stage three, meaning the cancer had spread outside the pancreas, but not yet to other areas of the body (Erika’s is stage four, meaning it has spread to other organs).

Frances was lucky — many surgeons won’t operate at this stage, says Mr Roberts, and a couple of weeks longer might have meant it was impossible.

‘The outlook still isn’t great — I won’t make it to 60 — but at least there are positives,’ says Frances. ‘I was diagnosed and treated quickly.’ She is now in the middle of six rounds of chemotherapy.

‘I’m playing the violin again and we’re trying to get on,’ she adds. ‘The girls keep me going.’

‘The approach in our hospital is that as long as a patient is walking around, looking after themselves and satisfies the anaesthetist, we will operate,’ says Mr Roberts.

Many patients with pancreatic cancer have a stent fitted to open the bile duct before the main surgery, to alleviate jaundice.

However, Mr Roberts claims this is not always necessary, can cause complications, such as infection, and delays treatment of the cancer.

A small study of patients who did not have a stent, published last year in the journal HPB, found that this ‘fast-track’ approach improved the chances of removing the tumour.

‘If every hospital adopted this fast-track surgery, it would be a massive step.’

Erika convinced her doctors to start her on chemotherapy and has so far defied the odds.

A scan last month revealed that the tumours have shrunk and she’s also considering a type of experimental surgery called NanoKnife, privately.

‘My first milestone was my youngest’s exams and I made it that far,’ she says. ‘It’s my other son’s 21st just after Christmas, so that’s my new target.

‘I’m not a stat. And, unlike my doctors, I’m not prepared just to give up.’

WHAT IS PANCREATIC CANCER?

Pancreatic cancer is one of the most lethal forms of the disease.

Around 95 percent of people who contract it die from it.

It is the fourth-leading killer in the United States.

WHAT IS THE CAUSE?

It is caused by the abnormal and uncontrolled growth of cells in the pancreas – a large gland in the digestive system.

WHO HAS THE HIGHEST RISK?

Around half of all new cases occur in people aged 75 or older.

One in 10 cases are attributed to genetics.

Other causes include age, smoking and other health conditions, including diabetes.

WHY IS IT SO LETHAL?

There is no screening method for pancreatic cancer.

Pancreatic cancer typically does not show symptoms in the early stages, when it would be more manageable.

Sufferers tend to start developing the tell-tale signs – jaundice and abdominal pain – around stage 3 or 4, when it has likely already spread to other organs.

WHAT ARE THE TREATMENT OPTIONS?

The only effective treatment is removal of the pancreas.

This proves largely ineffective for those whose cancer has spread to other organs.

In those cases, palliative care is advised to ease their pain at the end of their life.