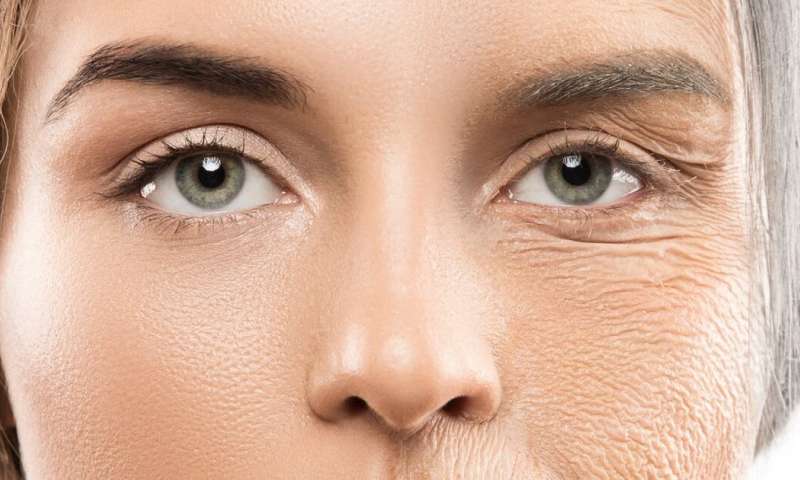 The global anti-ageing market is worth at least $250 billion – an astonishing amount, and it’s growing. Anti-ageing treatments are supposedly used to correct “premature ageing”. But what does this really mean? Surely, ageing is just ageing. It is a process that occurs over time—at the time that it’s supposed to.

The target consumer, and so audience for this narrative of accelerated ageing, is overwhelmingly women—unsurprisingly. Men and women age roughly at similar speeds, but the language and pictures around anti-ageing treatments suggest that women have far and away the most to worry about. Any online search will reveal a standard picture of a young woman scrutinising her reflection and hastily applying cream to her face.

The message is clear: it’s a race against time. Many companies advise women to start using these treatments in their 20s. Men worry about ageing too, but advice for their skin is packaged as maintenance rather than emergency.

This focus on the ageing of women is by no means a modern phenomenon. We can, in part, blame the Victorians. The Victorians judged age by appearance more than by chronology—especially as the ill-educated were not likely to know their age, or the age of their relatives. They also believed, or at least encouraged the belief, that women were more delicate than men. They thought that a woman’s body was in many ways the opposite to a man’s and that women were physically and emotionally weaker too.

People have always been interested in the ageing process and how to stop it, but it was only in the 19th century that ageing was seriously studied. The mid-Victorian period saw the rise of gerontology: the study of ageing.

The Victorians made progress with thinking about elderly people and what they need to survive. They established that older patients required different food and noted that the largest proportion of older people die in the winter.

But there were some more curious claims being made about ageing, too. The first gerontologist, George Edward Day, made some particularly odd claims about women. He believed that women enter old age faster and continue to age ahead of men. As a man, perhaps it was tempting to see ageing as something that happened faster to the other sex.

Victorian physicians were influenced by classical thinking. Hippocrates and Aristotle both argued that women aged faster than men. Despite Day’s progressive view that old people were worth specialist care, Day still theorised that women were in the process of declining into old age by around 40. Men, on the other hand, supposedly didn’t show signs of ageing until they were around 48 or 50. Day stated that, in the race to the grave, women were at best biologically five years older than a man of the same age and at worst ten years older.

Now, of course, we know this isn’t true. But it is a narrative that hasn’t really disappeared—as the enormous market for anti-ageing products aimed at women reveals.

The assumption that men and women are biologically dissimilar and experience age differently was promoted in Victorian fiction too. Authors including Charles Dickens, Henry James and H Rider Haggard seemed to delight in embellishing the details of female decrepitude. And, in much of their fiction, ageing women seem to be at fault for declining in the way they do. It’s worth thinking about how these aspects of ageing still niggle away at women today.

Henry James’s Juliana Bordereau is depicted as a living corpse, whose grip on life equates to temerity, especially as she was once a beauty. Dickens’s Miss Havisham, meanwhile, crumbles into an old hag because of the bitterness of marital rejection. His poisonous Mrs Skewton cannot hide her hideous interior, or exterior—even when she is caked with cosmetics. Yet the author insists that she looks even worse without make-up.

Most pertinently, H Rider Haggard’s novel Ayesha makes it clear that his heroine Ayesha is up to something. Even as the narrator is attracted to her body, he senses something deathly around her person. This is because Ayesha is more than 2000 years old. She still looks beautiful because she has found the elixir of youth in the form of a fire. There is little doubt that using such a substance is morally wrong, since Ayesha is punished for it. By overdoing the treatment, Ayesha dies, covered in a million wrinkles.