How to know when holiday drinking is hurting your brain: ‘Tis the season to get tipsy – but doctors warn it can have long-term consequences

For many, the holidays are indeed the most wonderful time of the year. Families and friends come together and enjoy food, good cheer – and, often, alcohol.

Commercially speaking, alcohol and the holidays seem to be made for each other. Alcohol can be a quick and easy way to get into the spirit of celebration.

And, it feels good. After two glasses of wine, the brain is activated through complex neurobiochemical processes that naturally release dopamine, a neurotransmitter of great importance.

When the dopamine molecule locks on to its receptor located on the surface of a neuron, or basic brain cell, a ‘buzz’ occurs. It is often desirably anticipated before the second glass is empty.

There are those, however, who drink right past the buzz into intoxication and, often, into trouble. For them, the brain starts releasing the same enjoyable dopamine, no different than what happens in the casual drinker’s, but it doesn’t stop there. A compulsion to binge drink can result. 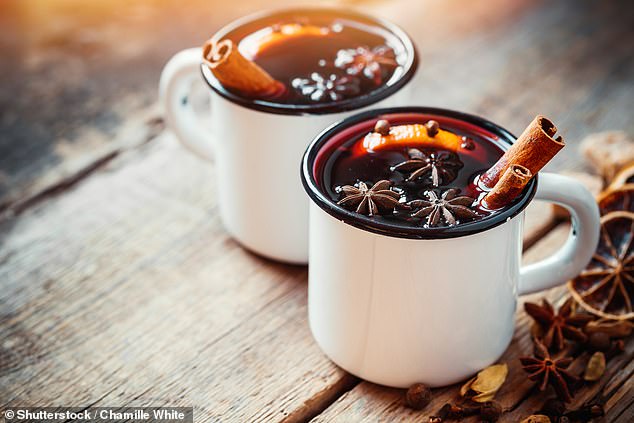 As someone who has studied alcohol use disorder for over 15 years and who has treated thousands of patients who have it, I think it’s a major, yet often poorly understood, public health problem.

Our culture seems to be moving beyond the point of labeling those with opioid addictions as ‘weak,’ and I hope we can do the same for those with alcohol use disorder, too, which is more widespread than people may appreciate. Excessive drinking accounted for one in 10 deaths among working-age adults in the United States.

Although alcohol can feel as though it is relieving stress, it contributes to 88,000 deaths in the United States each year. That is more than double the number of people killed by heroin and opioid prescription drug overdose, another major public health crisis, in 2014.

In addition, more than 66.7 million Americans reported binge drinking in the past month in 2015, according to the recent report on addiction by the surgeon general.

The consequences to the individual and the family are staggering, affecting physical and mental health, an increased spread of infectious disease, reduced quality of life, increased motor vehicle crashes and abuse and neglect of children, to mention a few.

Scientific study of the brain has helped explain binge drinking even if it may be hard for family and friends to understand. It’s defined as drinking five or more drinks for men and four for women on the same occasion on at least one day in the past 30 days. 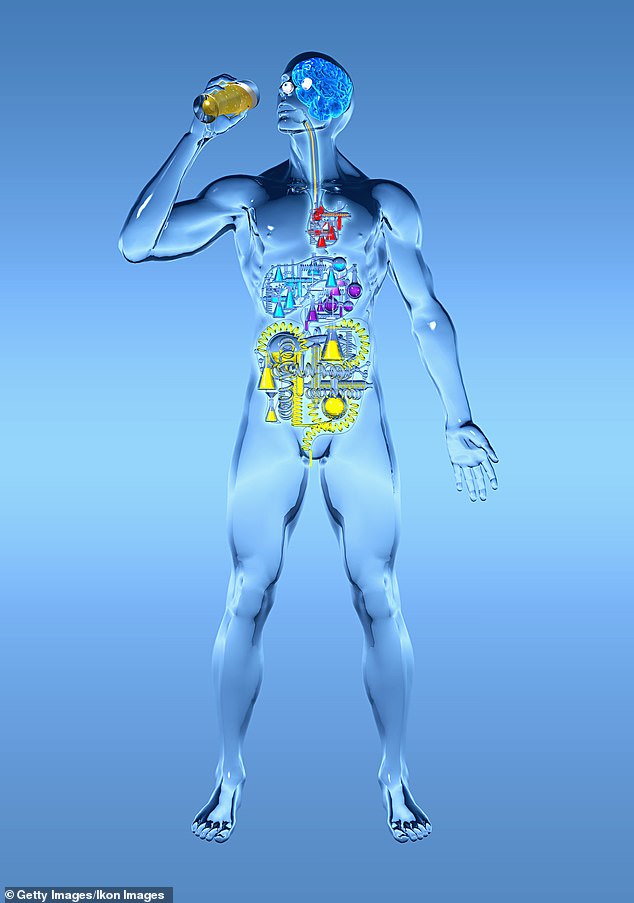 Binge drinking is a medical condition. It happens through no fault of the individual, who is victimized by the comparative malfunction of the pleasure circuits in the brain. This causes the drinker to want more and more alcohol. Brains of binge drinkers have a disease, acknowledged by the American Medical Association since the 1950s, yet binge drinkers are often vilified.

Americans typically want to know and are willing to make some lifestyle changes out of fear and common sense when it comes to diseases such as heart disease, obesity and cancer.

We as a society are not quite at the same point with substance abuse disorders, but researchers are desperately trying to bring that same willingness for prevention and treatment to substance use disorders.

Science understands the cause well enough to explain it and treat it so that lives can be saved and spared the devastating consequences for the millions who suffer with these conditions, their families and communities. This has become an urgent matter of national importance for scientists and medical practitioners.

The three stages of addiction

It begins in the neurons, the basic type of brain cell. The brain has an estimated 86 billion of these cells, which communicate through chemical messengers called neurotransmitters.

Neurons can organize in clusters and form networks or circuits in order to perform specific functions such as thinking, learning, emotions and memory. The addiction cycle disrupts the normal function of some of these networks in three areas of the brain – the basal ganglia, the extended amygdala and the prefrontal cortex.

The disruptions do several things that contribute to continued drinking. They enable alcohol or drinking-associated triggers (cues) which lead to seeking alcohol. They also reduce the sensitivity of the brain systems, causing a diminished experience of pleasure or reward, and heighten activation of brain stress systems.

Last, they reduce function of brain executive control systems, the part of the brain that typically helps make decisions and regulate one’s actions, emotions and impulses.

These networks are critical for human survival. Unfortunately for the binge drinker, they become ‘hijacked,’ and the bingeing continues even after the harmful effects have begun.

Because binge drinkers’ brains feel intense pleasure from alcohol, there is a powerful motivation to binge drink again and again. What may begin as social binge drinking at parties for recreation can cause progressive neuro-adaptive changes in brain structure and function.

The brain is no longer well enough to function normally. It’s getting sick. Continued partying can transition into a chronic and uncontrollable daily pattern of alcohol use. These maladaptive neurological changes can persist long after the alcohol use stops.

Your brain on alcohol

During the Binge-Intoxication Stage, a part of the brain called the basal ganglia rewards the drinker with pleasurable effects, releasing dopamine, the neurotransmitter responsible for the rewarding effects of alcohol and creating the desire for more. 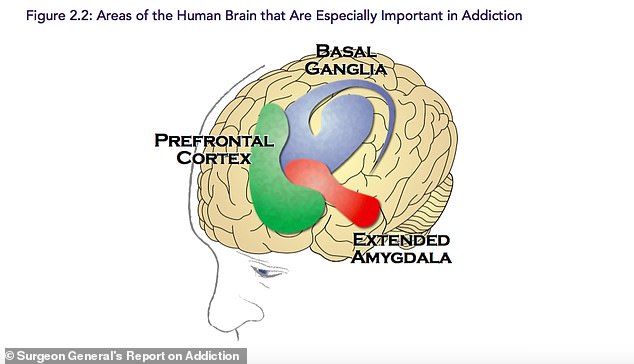 Brain imaging studies show that binge drinking can disrupt the function in both the Go and Stop circuits. This interferes with proper decision making and behavioral inhibition. The drinker is both impulsive and compulsive

With continued bingeing, the ‘habit circuity’ is repeatedly activated in another part of the basal ganglia called the dorsal striatum. It contributes to the compulsive seeking of more alcohol. This explains the intense desire (craving) which is triggered while a binge drinker is driving by a favorite bar and can’t resist pulling in, even after a promise to go directly home after work.

During the Withdrawal-Negative Affect Stage, there is a break from drinking. Because the reward circuit has a diminished ability to deliver a dopamine reward, there is far less pleasure with natural (safe) experiences – such as food and sex – compared to alcohol.

During abstinence from alcohol, stress neurotransmitters such as corticotropin-releasing factor (FRC) and dynorphin are released. These powerful neurochemicals cause negative emotional states associated with alcohol withdrawal. This drives the drinker back to alcoholin order to gain relief and attempt to reestablish the rewards of intoxication.

After a period of abstinence from alcohol, which may last only hours, the drinker enters the Preoccupation-Anticipation Stage. This involves the prefrontal cortex, where executive decisions are made about whether or not to override the strong urges to drink. This part of the brain functions with a ‘Go system’ and ‘Stop system.’

When the Go circuits stimulate the habit-response system of the dorsal striatum, the drinker becomes impulsive with a craving and seeks a drink, perhaps even subconsciously. The Stop system can inhibit the activity of the Go system and is important especially preventing relapse after being triggered by stressful life events.

Brain imaging studies show that binge drinking can disrupt the function in both the Go and Stop circuits. This interferes with proper decision making and behavioral inhibition. The drinker is both impulsive and compulsive.

An illness that can be treated

There is good news, as scientific evidence shows that this disorder can be treated.

The FDA has approved three medications for treatment that should be offered whenever appropriate. There is well-supported scientific evidence that behavioral therapies can be effective treatment. This includes recovery support services, such as Alcoholic Anonymous.

Most importantly, it is important to know that alcohol use disorder is a brain disorder causing a chronic illness. It is no different from diabetes, asthma or hypertension. When comprehensive continuing care is provided, the recovery results improve, and the binge drinker has the hope of remaining sober as long as lifelong treatment and maintenance of sobriety become a dedicated lifestyle choice.