When you subscribe we will use the information you provide to send you these newsletters. Sometimes they’ll include recommendations for other related newsletters or services we offer. Our Privacy Notice explains more about how we use your data, and your rights. You can unsubscribe at any time.

The nation was signed up to the US-led Project Orbis in January to work with other countries to review and approve promising cancer ­medicines quickly and efficiently. Hundreds of patients are now expected to benefit from the new post-surgery treatment.

The UK’s involvement was revealed by the Daily Express in October, when Health Secretary Matt Hancock announced “teaming up with the fastest regulators in the world to get safe licences as fast as the science allows”.

He said at the time: “One of the benefits of Brexit will be faster access to life-saving treatments on the NHS.”

The other nations involved are Canada, Australia, Switzerland, Singapore, and Brazil.

The lung cancer drug – called Osimertinib – is made by AstraZeneca and sold under the brand name Tagrisso. 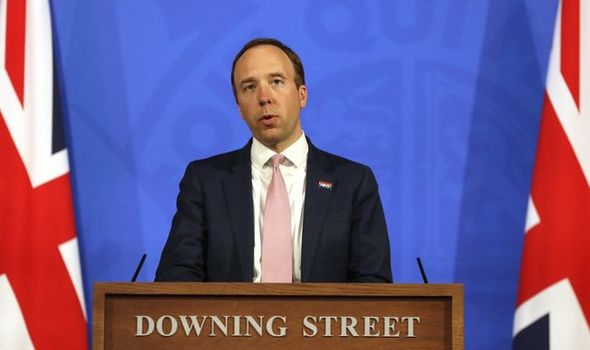 Given in tablet form, it was originally licensed to treat patients with mid and later-stage non-small cell lung ­cancer who carry a gene mutation called EGFR – which is around 12 percent of sufferers. But it has been extended to include those in early-stage disease after the cancer is surgically removed.

Mr Hancock said: “It is absolutely vital NHS patients have access to the most promising, ­cutting-edge treatments as quickly as possible.

“Leaving the EU ­presented us with the opportunity to join Project Orbis – a ­collaboration with the top regulators around the world – to speed up the time it takes to get new medicines to patients.

“I am delighted we are able to see the first results – a groundbreaking drug for lung ­cancer which will soon benefit hundreds of patients and I look forward to seeing what further ­innovations it will bring to the table.”

Project Orbis was launched by the US Food and Drug Administration in 2019 to streamline drugs reviews.

The UK’s Medicines and Healthcare products Regulatory Agency (MHRA) will make the final decision to authorise any medicines.

Chief executive Dr June Raine said: “We know that the earlier we can treat patients, the better their outcomes.

“The MHRA is cementing the UK’s global position at the centre of life ­sciences and healthcare access.”